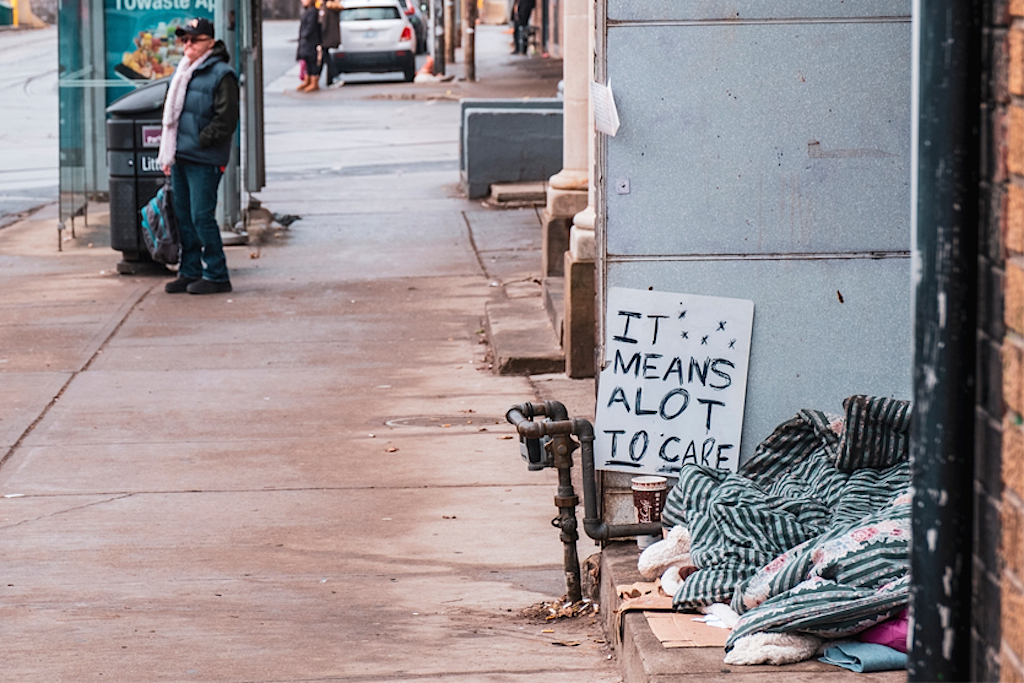 A case of COVID-19 has hit Seaton House, the largest and busiest homeless shelter in Toronto, and advocates are calling on the city to take immediate action.

On Tuesday, Dr. Eileen de Villa, medical officer of health for the City of Toronto, confirmed that an individual at Seaton House tested positive for the novel coronavirus.

“We are actively collaborating with Seaton House to carefully investigate this matter. The client is currently in self-isolation as is the one other client with whom he shared a room,” de Villa said. “My team is actively following up with any other close contacts identified.”

The individual at Seaton House brings the shelter system’s total number of known cases up to six.

A petition urging Mayor John Tory to move more homeless into the 1,200 vacant hotel rooms acquired by the city last month has garnered more than 38,000 signatures on Change.org. To date, activists say only 313 of the city’s 7,969 homeless have been successfully relocated.

Positive COVID-19 case in at Seaton House. https://t.co/xeLr9a11hw via @CdnChange

Street nurse Cathy Crowe stressed the urgency of the situation in a news release issued Tuesday.

On Mar. 24, the city announced it was securing additional space for the homeless after two cases of COVID-19 were confirmed in the shelter system.

Later, in a tweet on April 4, councillor Joe Cressy said the city had acquired 1,200 vacant hotel rooms for the homeless population. “Residents began moving in last week, with a priority for high risk individuals, especially seniors. This is just the start,” he said.

However homeless advocates say the response has been too slow and doesn’t go far enough.

313 homeless people have been moved into hotels as part of the pandemic response. This is great news! However, almost 7,000 people are in Toronto’s shelter system, and 313 individuals is just a small portion of this, let alone of folks sleeping rough. We need action NOW. pic.twitter.com/b6OG6yP60B

Individuals experiencing homelessness are of particular risk of contracting the disease and experts say shelter systems are potential hot spots for future outbreaks.

An update on our work to protect the most vulnerable, including people experiencing homelessness: the City has now secured 1200 hotel beds across a dozen sites. Staff are working around the clock to transition clients from shelters into hotels, and have placed 313 people so far.

Councillor Joe Cressy, chair of the city’s board of health, said Toronto has increased the isolation centre’s capacity from 40 beds to 200 beds.

The City has also created a first-of-its-kind isolation service for people who need shelter but are waiting for the results of a COVID-19 test. While initial capacity was 40 beds, we have now scaled up to a 200-bed isolation hotel that opens tonight.

In the meantime, homeless advocates argue the recommended two metres of social distancing is nearly impossible for those who remain in Toronto’s overcrowded shelter system.

The Ontario Coalition Against Poverty is holding a news conference and delegation via Zoom call at 3 p.m. today. Zoom Info: Video Link | Call-in: 647 374 4685