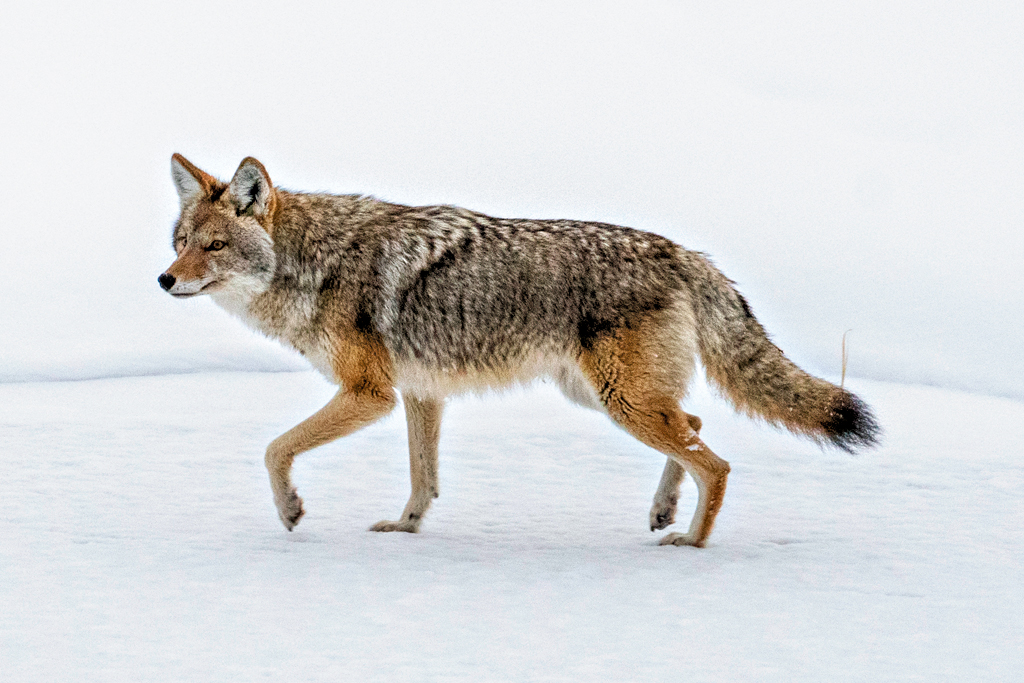 Stacey Bar-Ziv has walked her dog daily in her midtown neighbourhood for years and had never seen a coyote, until recently. Bar-Ziv had her first sighting in late January while walking her two dogs near Cedarvale Ravine. She spotted a coyote ahead while on a residential street just north of the ravine and changed route to avoid crossing paths. She said she was shocked to spot the animal just walking around her neighbourhood, but within a day, she had spotted others.

“You don’t expect it when there are so many people. Early in the morning I would have expected it,” she said.

Bar-Ziv turned to avoid running into the coyote but ended up walking by another one, which she said was eating a squirrel. On her way home, she ran into a third coyote lying under a tree.

Half-laughing Bar-Ziv said, “I thought, ‘Oh my God, I’m not walking my dogs in my neighbourhood anymore.’ ”

A recent City of Toronto news release advised residents living near coyote habitats, such as green spaces, ravines and trails, to expect to see more coyotes this time of year. The release stated residents in these areas should only take their pets outside while supervised as, “it is not uncommon for coyotes to injure or kill cats and small dogs.”

According to the release, the city is aware of two incidents in January of dogs being taken from backyards and killed by coyotes.

Liz Szonyi has lived on the edge of the Cedarvale Ravine for about two and a half years and said she’s been seeing coyotes in her backyard, which opens onto the ravine, since she moved in.

“Interestingly, I’ve hardly seen them this year,” she said, remarking that in previous years the coyotes have come as close as getting within a metre of the house. However, Szonyi is not concerned: “They don’t appear to be doing any harm.”

Nathalie Karvonen, executive director of the Toronto Wildlife Centre, said there is a lot of misinformation going around and some of the misconceptions are that coyotes have rabies or are a threat to humans.

Karvonen said coyotes may have a lot of fur, but they typically weigh around 30 pounds, are usually terrified of people, and rabies is virtually non-existent in coyotes.

She said reports of coyote encounters increase in the winter months and this is in part due to mating season making the coyotes more active, scarcity of food, meaning they have to do a bit more work to find meals, and there is less foliage for coyotes to hide behind.

“There’s many instances in the summertime when a coyote could be 10 feet away from you, just lying in the tall grass and you’d never know because they’re camouflaged,” she said.

As for pets, Karvonen said a chain-link fence will do little to protect them from many predators, as coyotes and foxes are great climbers. She said a wooden fence is difficult to climb but best practice is just to keep pets on a leash or closely supervised, as a fence poses no security from birds of prey.

Karvonen is concerned if there are signs of coyotes becoming complacent around people because she said that usually means someone is feeding them.

According to Karvonen, it’s usually an issue of city residents unintentionally feeding coyotes; although she has heard of people trying to call over a coyote and feed it.

“There’s inadvertent ways you could be potentially drawing coyotes to your property with a food reward you may not be aware of,” she said.

Aside from making noise, if you do run into a coyote, Karvonen said to just walk away slowly.