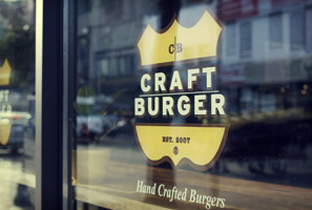 Since it first appeared around four years ago, Craft Burger has been one of the key players in Toronto’s burger scene (Scaramouche’s Keith Frogget deemed a craft burger to be one of the city’s best in a Post City taste test last year). So with Craft Burger’s recent re-branding to Big Smoke Burger, fans are surely wondering: why change a good thing?

The good news is that aside from the name, nothing is changing (same staff, same menu, same ingredients). The re-branding was the result of a trademark issue, general manager Titzia Toth tells us. Owners couldn’t secure a trademark for Craft Burger, and Big Smoke Burger seemed like an apt alternative. "It’s an ode to the city," she says.

In another development for the chain, we’re told that a fourth location is in the works. Keep an eye out for it at the Eaton Centre, in the upcoming food court. The opening is planned for September 2011 and will feature a full Big Smoke Burger menu (including the quintessential craft burger).