Creating the Starbucks of cannabis | TRNTO.com
Skip to content 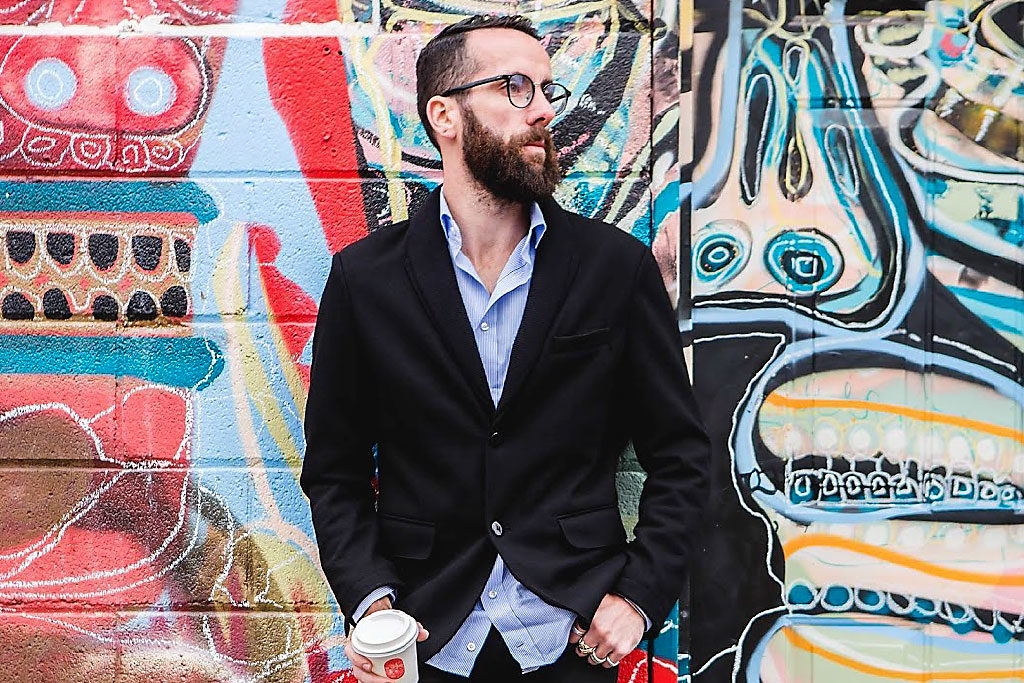 Toronto’s Alan Gertner, the man behind the popular cannabis-centered lifestyle brand Tokyo Smoke, has big plans afoot. After spending some time in Silicon Valley at Google, the former Forest Hiller ​now has his sights set squarely on the marijuana industry. Last year, Tokyo Smoke’s parent company Hiku Brands Ltd. was sold to Canada’s leading cannabis producer Canopy Growth, where he is now the chief retail officer. Gertner chatted with Post City about how his company could define how weed is consumed around the world.

Your father was a part of the first Canadian legal cannabis operation, is that correct?
He was part of the group that had the first licence, yes. It was actually in a mine in Flin Flon, Manitoba.

What did you think 20 years ago when you found out your dad was going into the pot business?
Well, it was 20 years ago, and I was a teenager, so I’m sure I thought it was a pretty rad. But fascinatingly, I guess, I could have never imagined the scope and the scale of the journey he was on. It is really quite amazing what has happened in Canada. The change that Canada has led that will happen all around the world, it’s amazing.

He is the one that roped you into this whole industry then?
Yes, he definitely was part of roping me into it.

Was it a hard sell?
At the time, I was searching for an opportunity to make a difference and find more meaning in my life. The chance to be part of such an impactful movement, revolution actually, to see legal cannabis around the world, I was and I am incredibly grateful to be a part of it.

Tell me what has been most surprising for you since legalization and the start of this cultural shift we are in.
It has been humbling to see the demand out of the gate: To see how impactful retail experiences can be on educating Canadians and to see the genuine and honest questions about cannabis from people asking about how they could potentially integrate it into their lives. It’s fascinating to be a part of and observe.

There will be a Starbucks [model] that defines how everyone in the world interacts with cannabis, and we have as good a chance as anybody to do that.

You left a high-profile position at Google. What wasn’t working?
I think, for me, it’s not necessarily that it wasn’t working. I was very lucky to find my dream job. I mean, I was at computer camp as a kid, loved technology and was really focussed in my 20s. I went to work, did what I was told to do, worked hard, got a promotion  — lather, rinse, repeat. I woke up one day asking myself what it’s all for. The cannabis industry has been such a gift for me. I now believe that I am part of something that is good for society, and to get up every day to do what I’m doing is a privilege.

Is there anything you brought from your time at Google to Tokyo Smoke and now Canopy Growth?
I think Google’s constant pursuit of improvement. I was always truly impressed by Google’s desire to make things better in addition to their global ambition. It was good to be part of a company that believed it could change the world. To have it instilled that it is possible, it has a huge impact on who you are.

Where cannabis has been legalized, alcohol sales seem to drop like a rock. Are we underestimating just how much change is coming?
I think tremendous change is coming. Canadians will be presented with the opportunity to be more thoughtful about their psychoactive usage. I think it will potentially fundamentally change their behaviours.

When Ford came in and decided to take an independent retail approach, what did you think?
I’m excited to have the opportunity for Toronto to be a centre for excellence in cannabis, to be the best in the world, and the opportunity to be a part of that is inspiring.

Legalizing edibles seems the most problematic for legislators. How do you think it will happen, if at all?
I think we’ve done a great job so far, taking baby steps toward legalization. I imagine we will continue to do that on our way to becoming the first country in the world to legalize edibles. I’m sure it won’t be the world’s smoothest ride, but I think that it will be exciting.

What is your most treasured possession?
My uncle gave me a puzzle ring he had when I was a kid, like something a magician might have where there are multiple pieces to put together.

What’s next for you and Canopy?
To roll out retail experiences across Canada with Tokyo Smoke, Tweed, etc., and set our sights on the rest of world. There will be a Starbucks [model] that defines how everyone in the world interacts with cannabis, and we have as good a chance as anybody to do that.