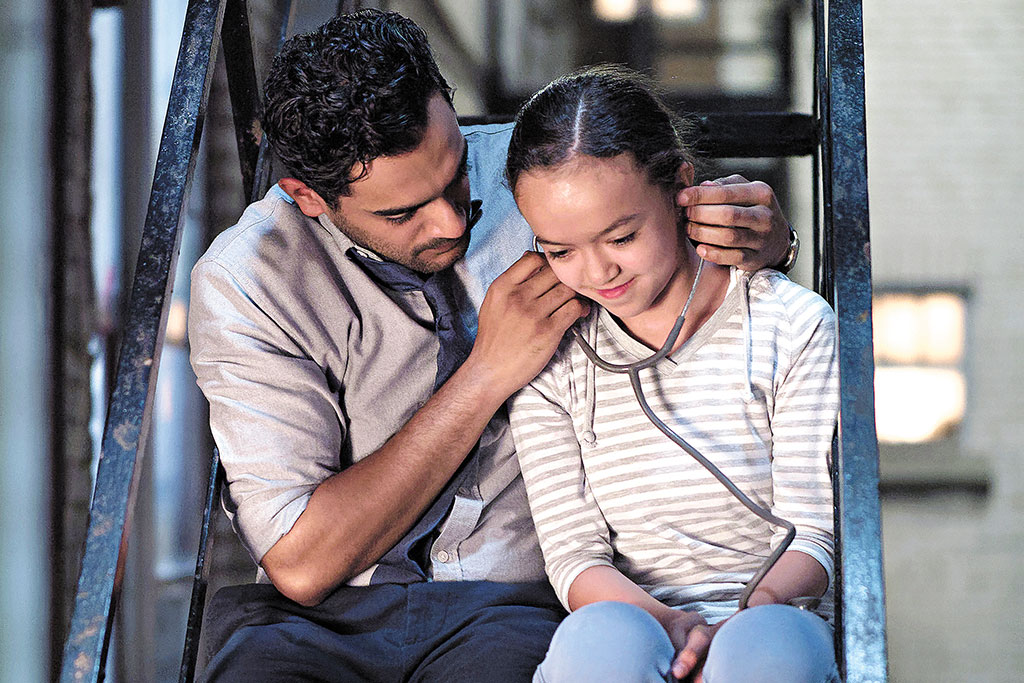 The latest drama added to CTV’s roster is called Transplant and features a local budding star. The series focuses on Dr. Bashir Hamed, a Syrian doctor with experience in emergency medicine who has come to Canada as a refugee with his little sister Amira — played by 12-year-old North Yorker Sirena Gulamgaus.

The show was shot in Montreal, but the storyline is set in Toronto’s York Memorial hospital. The series premiered on Wednesday, Feb. 26 at 9 p.m., on CTV. Gulamgaus is no stranger to the small screen: she played the role of Aisha Yasin in the final  season of popular series Orphan Black. Gulamgaus became interested in acting at age six after watching her older brother Noorin perform.

The story focuses on Dr. Hamed who is trying to rebuild his career in medicine since relocating to Canada. In Syria, he was a doctor with proven emergency medicine skills that were tested during the unrest in the country. After fleeing Syria with his sister Amira, the pair are enduring the difficult task of rebuilding their lives in a completely different country. He is on the right track as he lands a coveted residency in the emergency department of York Memorial hospital in Toronto.

The first season of the series consists of 13 one-hour episodes throughout spring with hopes that it will be renewed for a second season. The series joins CTV’s other popular medical dramas including Grey’s Anatomy, The Good Doctor and The Resident — but this series is unique as it is homegrown.