Cyclists on the new Bloor bike lanes surpass 4,400 per day
Skip to content 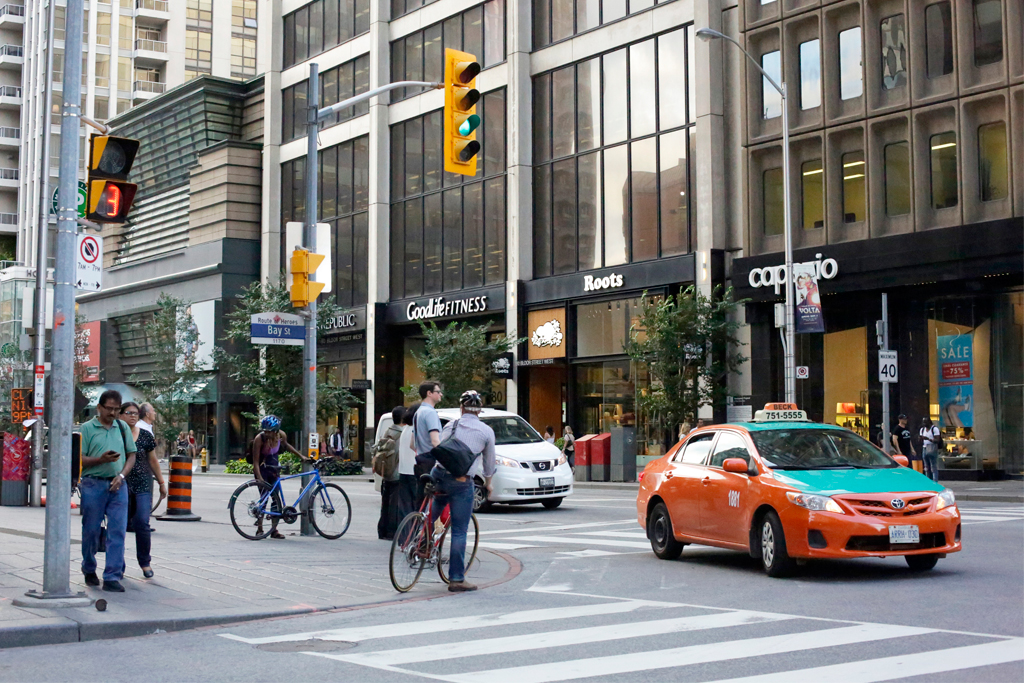 A number of volunteer organizations have found the new bike lane extensions on Bloor Street have been getting a huge amount of use since their opening.

Bells on Bloor, Toronto Centre Cyclists and the Toronto Community Bikeways Coalition released information that, over a 24-hour period, Yorkville had 4,784 cyclists passing through and further west to Dufferin Street, and Bloor had 4,408.

The groups placed volunteers at each of the intersections, where they counted cyclists passing.

Although the city has yet to release its official usage numbers, the ones reported show a quicker rate of adoption for the Yorkville stretch than the previous Bloor bike pilot between Shaw Street and Avenue Road.

That pilot saw an average of 4,501 cyclists pass through in October 2016, a couple months after its August installation, a number slightly short of the Yorkville stat recently collected. By June 2017, that number grew to 4,925 using the lane.

Thus it appears users are taking to the extension warmly, but opposition still exists to the bike lane.

The Bloor-Yorkville BIA sent a letter to Toronto City Council in late May saying that the bike lane extension in Yorkville will create “additional challenges for [the] retailers” after they have been dealing with the effects of the COVID-19 pandemic.

The BIA suggested the bike lane may interfere with organized curbside pickups and could disrupt parades.

“The pinch point conditions created by the bike lanes on Bloor Street, west of Spadina, have caused the Santa Claus Parade to reroute because the street is now too narrow to accommodate their floats,” the letter states. “If the same entanglement of bike lane infrastructure is carried further east, then the future of all parades and events for Bloor Street and the Danforth will be in jeopardy.”

Councillor Mike Layton said that he hasn’t heard from any of the BIAs since the extensions were installed, and the city did its best to accommodate their concerns.

“We are constantly looking back at the temporary design with the hopes we can refine, to address concerns from all stakeholders, but most importantly make sure it is safe,” he said. “We are, hopefully, going to be looking soon at what a permanent design will look [like] that may permanently fix problems that aren’t possible [to fix] in the current design.”

The Bloor bike lane extensions were fast-tracked in late May to address transit issues caused by the COVID-19 pandemic. They were installed in August.