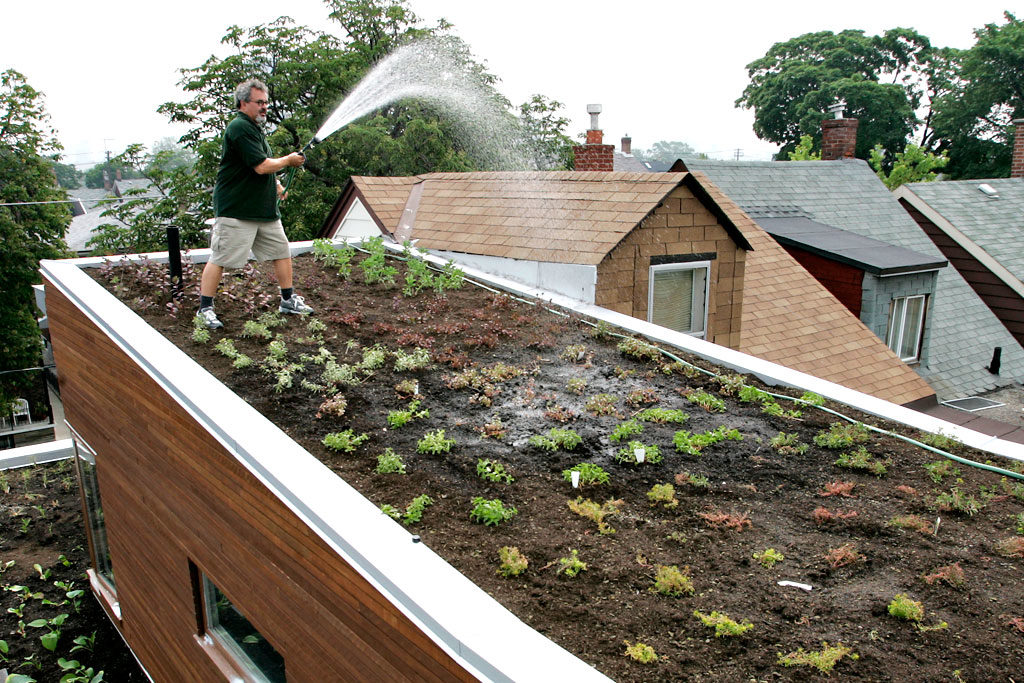 Humans are fast becoming city dwellers. According to the United Nations, “The urban population of the world has grown rapidly from 746 million in 1950 to 3.9 billion in 2014.”

Along with concerns about climate change and the distances much of our food travels from farm to plate, that’s spurred a renewed interest in producing food where people live. Urban agriculture won’t resolve all food production and distribution problems, but it could help take pressure off rural land while providing other advantages. From balcony, backyard, rooftop, indoor and community gardens to city beehives and chicken coops to larger urban farms and farmers’ markets, growing and distributing local food in or near cities is a healthy way to help the environment.

And it’s much more. As writer and former Vancouver city councillor Peter Ladner (also a David Suzuki Foundation board member) writes in The Urban Food Revolution: Changing the Way We Feed Cities, “When urban agriculture flourishes, our children are healthier and smarter about what they eat, fewer people are hungry, more local jobs are created, local economies are stronger, our neighborhoods are greener and safer, and our communities are more inclusive.”

Because maintaining lawns for little more than esthetic value requires lots of water, energy for upkeep and often pesticides and fertilizers, converting them to food gardens makes sense.

It also noted some limitations: possible increases in greenhouse gas emissions and water use “if plants are grown in energy- or resource-intensive locations”; less efficiency than conventional agriculture in terms of resource use and transportation emissions; and, depending on practices, pollution from pesticide and fertilizer use.

The study found urban agriculture to be positive overall but concluded support from all levels of government is required to make it viable.

Urban agriculture isn’t new. During the First and Second World Wars, Canada, the U.S., the U.K., Australia and Germany encouraged “victory gardens” to aid the war effort by reducing pressure on food systems and farms.

Gardens and chicken coops appeared in yards, parks, school fields, golf courses, railway edges and vacant lots. Sheep grazed on sports fields and kept grass in check. Peter Ladner notes that, during the Second World War, the U.K. had 1.5 million allotment plots producing 10 per cent of the country’s food, including half its fruit and vegetables. And by war’s end, more than 20 million home gardens supplied 40 per cent of U.S. domestically consumed produce.

Granted, there were fewer people and more open spaces then, but it’s still possible to grow a lot of food in urban areas, especially with composting and enriched soil techniques.

One patch of Detroit land where 12 vacant houses were removed to grow food has supplied almost 200,000 kilograms of produce for 2,000 local families, provided volunteer experience to 8,000 residents and brought the area new investment and increased safety.