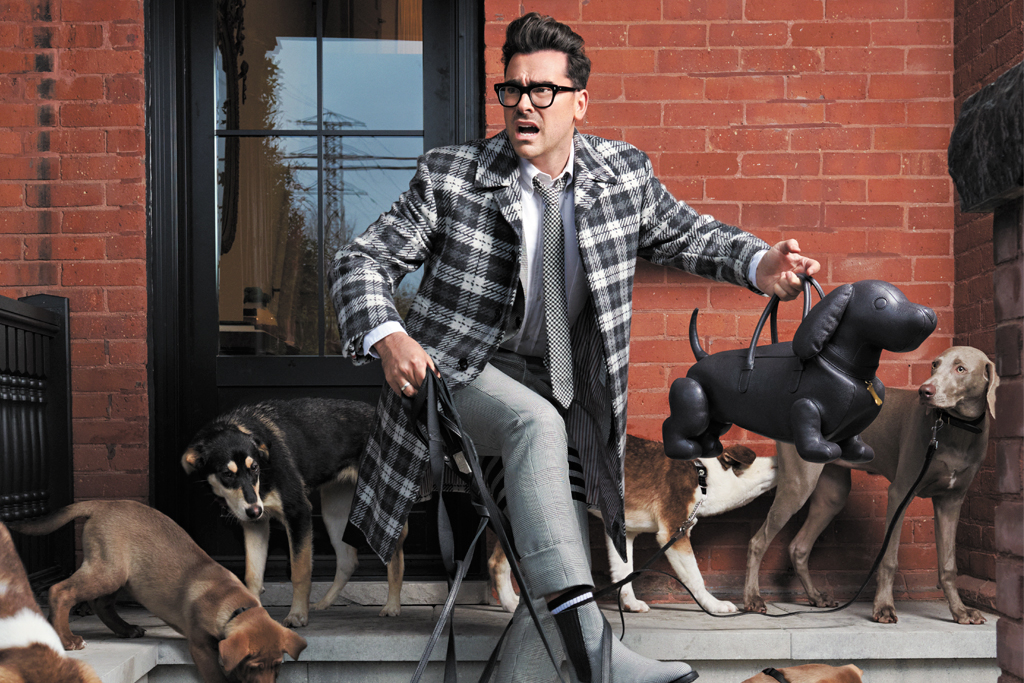 Toronto photographer Caitlin Cronenberg has had many opportunities to shoot fellow Torontonian Dan Levy, creator and co-star of the award-winning comedy series Schitt’s Creek, but nothing quite as big as the most recent project for People magazine’s annual Sexiest Man Alive issue (pictured above).

Schitt’s Creek just finished off its sixth and final season capping off the series’ amazing run with a slew of Emmy Awards including Best Comedy Series.

Cronenberg has done the gallery shoot for every season of Schitt’s Creek in addition to shooting Levy in particular for magazines such as Adweek and Out.

Cronenberg says the shoot took place in October on her birthday. “We had an amazing time shooting and Dan was so much fun to work with,” she says. “Of course because we were shooting during COVID times we had to be very safe on set and it wasn’t as wild and organic as pre-COVID shoots. But because Dan is so much fun, his personality shone through in every shot.”

By the way, if you think the dogs in the photo couldn’t get any cuter, they are from the Lost Boys Hope rescue in Barrie. Do yourself a favour and check them out!

Schitt’s Creek can and should be streamed on Netflix and the CBC Gem app. Also, check out Cronenberg’s website where she has created a series of puzzles based upon some of her fave photos including the cover of Drake’s album Views.