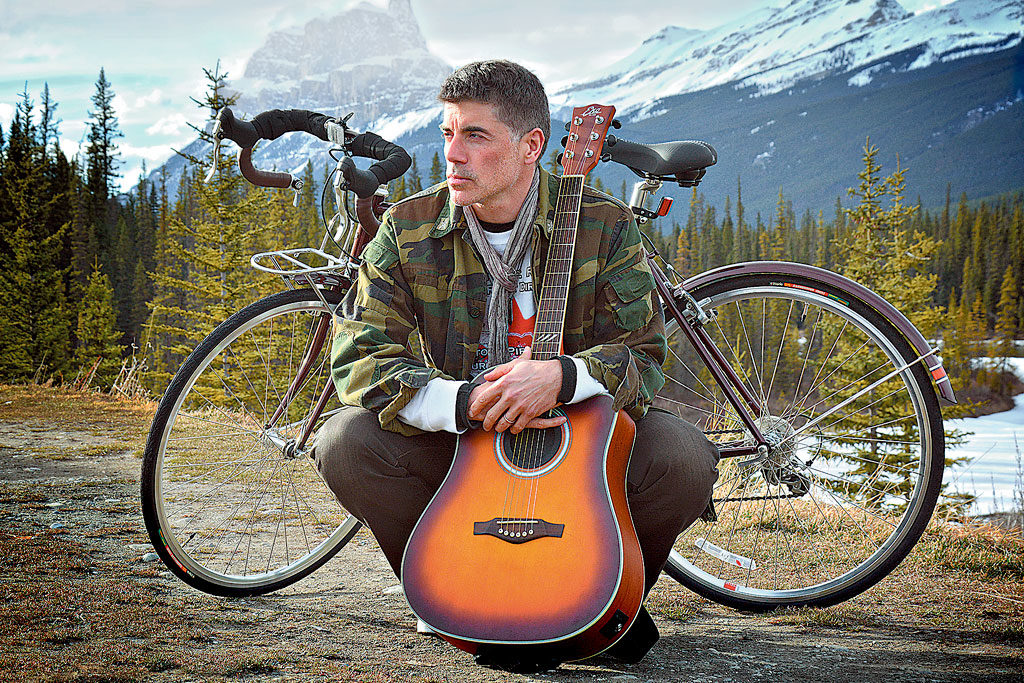 While working as a high-level business consultant, Bologna-born Antonio Piretti had it all, and yet something was missing. “I had everything, from a superficial point of view, you can desire: cars, beautiful clothes, everything,” he says, “but I was not happy. I wanted more emotions in my life.”

Piretti decided to pursue music. “I understood finally that what gave me the most impact was music, song. So I said to myself, if this is what you like the most, you have to start from scratch.”

The Italian had never touched an instrument in his life, so he started slowly with singing lessons in 2004, expanding into guitar the next year.

In 2009, Piretti moved to Toronto to be with his Canadian girlfriend, making it his mission to earn a living as a musician. “I went along on my bike, Queen Street, King Street, Dundas — all over the city — and made copies of my CDs with a business card inside and handed them out,” he says.

In 2017, the melodic rock musician biked from Vancouver to Halifax in three months with his guitar clocking 120 kilometres a day to bring music to Canadians from coast to coast.

He released his latest album on Jan. 10 and is now learning piano in preparation for his next Canadian tour. “I’m Canadian and I feel that, and I love Toronto. It’s a beautiful city with a lot of energy,” he says.

Piretti has no regrets about quitting his job. “If you kill your dream, you also kill a part of yourself,” he says. “Where is your heart going? There is where you will go. There is where you have to go if you want to be yourself.”