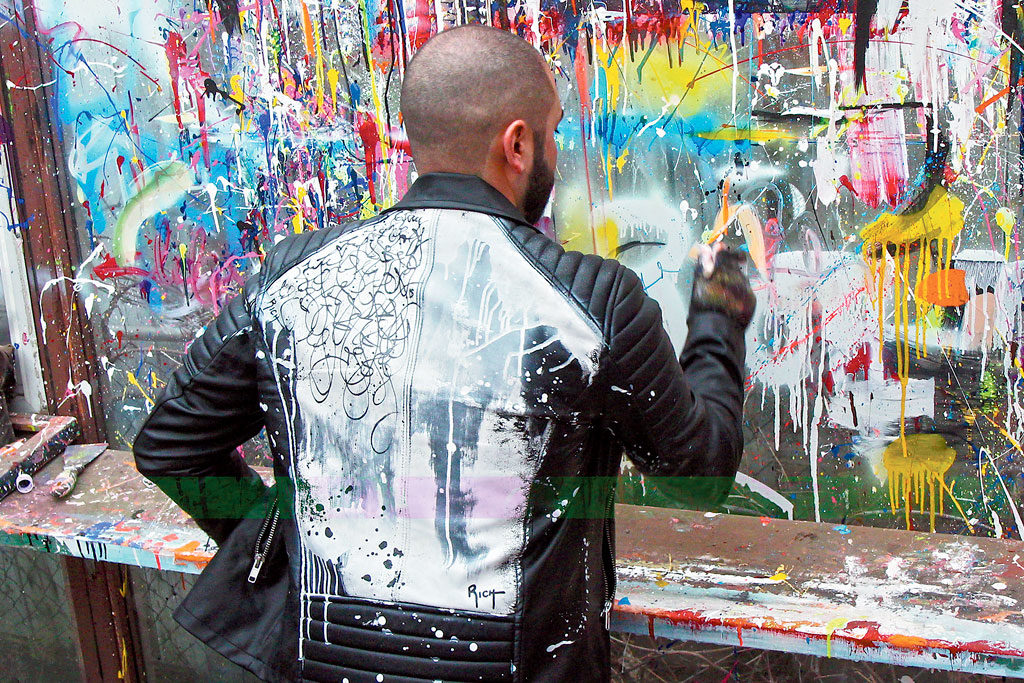 ​Despite the fact that he’s colour-blind, North York artist Anthony Ricciardi has had a lifelong love of painting.

Yet instead of chasing his dream, he chose a stable career in finance. A gig at a real estate investment fund downtown paid the bills, but he always found time for painting.

Then last February, the artist received an offer to paint a mural in New York City. The opportunity was too good to refuse, so Ricciardi left his job the next morning.

“It was at that moment I realized it was what I wanted to do for my life, and whether I was going to make money or not, I decided I would be there,” he says.

Since then, Ricciardi’s career as an international artist has skyrocketed.

Most recently, the artist set up shop at his own gallery in Yorkdale Shopping Centre, calling the exhibit Less Isn’t More as a nod to his all-or-nothing attitude toward art.

For others wanting to chase their dreams, Ricciardi says, “If you are spending every single spare second in your 24-hour day executing your passion, then naturally the time will come to pursue it full-time.”