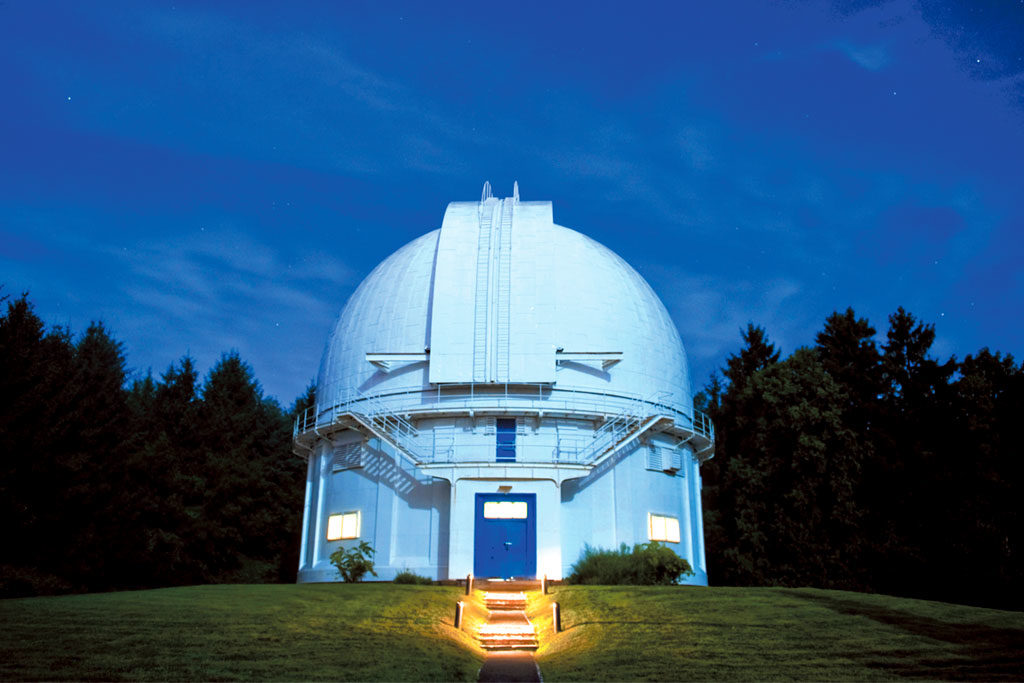 Following the transfer of the David Dunlap Observatory (DDO) lands into public hands, a Richmond Hill Town Council vote over control of programming at the cherished heritage building has created a rift in the York Region astronomical community.

On Oct. 23, a vote at the Committee of the Whole hearing resulted in programming and management control of the observatory being divided between the Royal Astronomical Society of Canada Toronto Centre (RASC-TC), the David Dunlap Observatory Defenders (DDOD) and the Town of Richmond Hill.

However, the newly formed York Region Astronomy Association (YRAA), which comprises 123 volunteers, felt disappointed after being excluded from the future of the observatory after having contributed, in their minds, so many hours to its past as volunteers.

RASC-TC had been the steward of the observatory since 2009, after the lands were sold by the University of Toronto to Corsica Developments. Once it was announced that the observatory would be transferred to the Town of Richmond Hill, town staff approached the group to enter into lease negotiations and assess their interest in exclusively managing the observatory through the town, an offer that RASC-TC turned down citing financial reasons.

“While we fully respect the hard work the small number of people did toward the DDO, we could not expose the 850 members of our society to that risk,” said Ian Wheelband, RASC-TC’s public outreach co-ordinator. “It would have — even the repairs we see right now … broken us.”

After this decision was made, volunteers at the DDO decided to form their own group, YRAA, to try and pick up negotiations with the town under a separate banner.

“The RASC-TC decided that it wasn’t worth negotiating over,” said Edward Hitchcock, secretary for YRAA and former telescope operator at the observatory

“That left all of the people who had been volunteering and operating at the facility for the previous eight years kind of in a lurch. Quite literally, we’ve spent thousands of hours and blood, sweat and tears on the place.”

According to Hitchcock, the regular volunteers at the observatory joined the new group, which took over the DDO.ca website and Facebook page and continued to organize events, including an eclipse-viewing event at the Richmond Hill Public Library that was attended by 5,000 people, by Hitchcock’s estimation.

Town staff opened up a request for expressions of interest to manage the facility and invited proposals from 35 organizations on future programming at the DDO. By late February 2016, five proposals were received.

According to Shane Baker, Richmond Hill’s commissioner of community services, York Region Astronomy proposed an exclusive use agreement, whereas the other organizations were willing to take on a collaborative role in programming. He cited this as the basis of their decision not to recommend the new group to council.

“Frankly, we were partnering with RASC, who were the ones who had been doing it for years and years and years,” said Baker. “Now the YRAA will tell you, ‘Well, yes, but it was our group of people as part of RASC who did that.’ But it was RASC’s program structure and experience that we wanted to partner with.”

Although the York Region Astronomy Association has effectively disbanded, many of its members, with the exception of Hitchcock and some of the core organizers, have retained their RASC-TC memberships.

“[Members of YRAA] are also invited to provide astronomy outreach programming under the RASC banner following our mandate and mission of public outreach, ” said Wheelband.

Town staff hope to resume educational programming at the DDO in January.