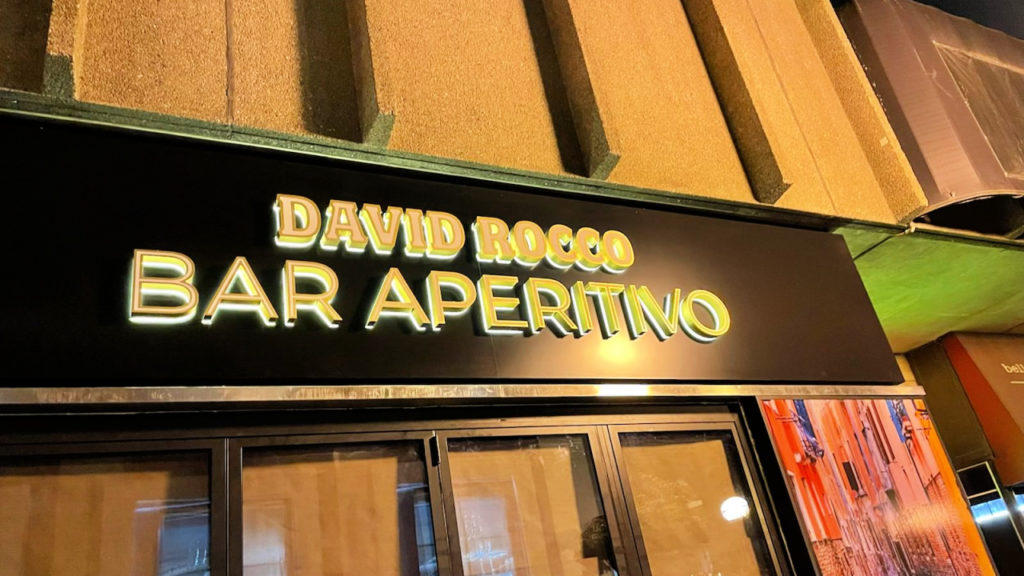 Celebrity chef David Rocco is unveiling his latest project in the Yorkville neighbourhood. Although a full menu has not yet been released, Bar Aperitivo will focus on its namesake Italian tradition. Derived from the Latin aperire (to open), an aperitivo is a drink designed to open the stomach, or stimulate the appetite, before a meal.

In each show Rocco seeks to immerse himself in local culture, highlighting the similarities between regional techniques and those of his Italian heritage but also showcasing what makes each unique. The son of Italian immigrant parents, Rocco’s brand has always revolved around bringing an authentic Italian lifestyle, the dolce vita or ‘sweet life’ for which his shows are named, to Canada as well as his significant international audience.

Scheduled to open in early July, Bar Aperitivo will feature an extensive front streetside patio with a more intimate indoor space. In addition to an extensive wine list, Bar Aperitivo will also include a tapas-style menu, gelato and a bottle shop. The hybrid nature of the project is becoming increasingly familiar in Toronto, as restaurants seek to find additional revenue streams outside of sit-down, indoor dining.

Despite his renown as a chef and operating his own wine label, this will be Rocco’s first restaurant. With COVID regulations stymying his travels, we might even see Rocco himself in the kitchen at Bar Aperitivo.