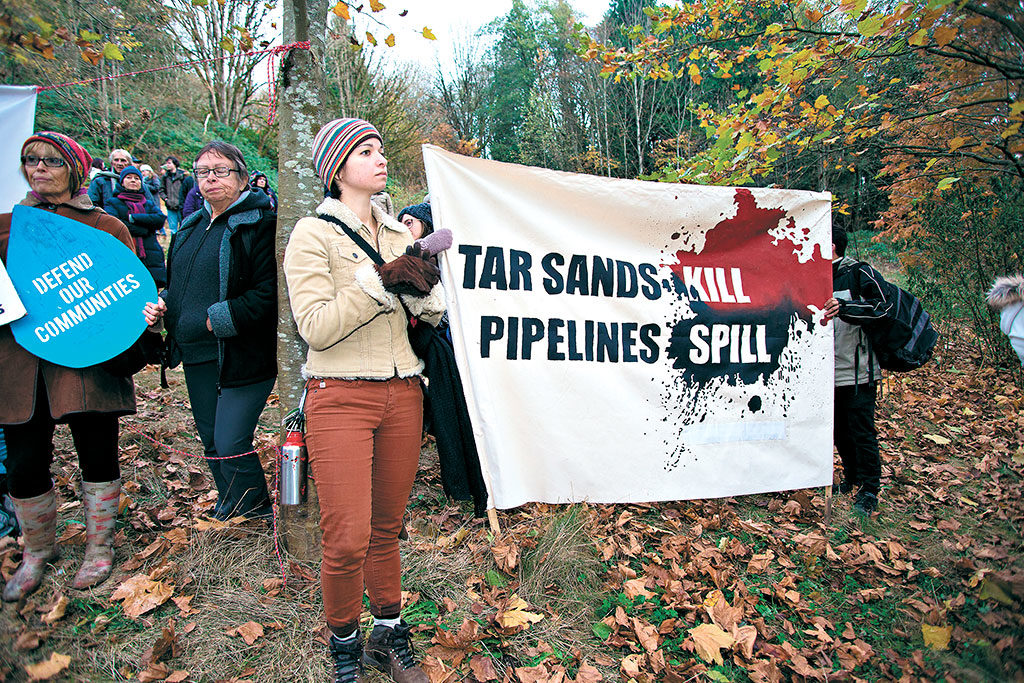 On March 31, an underwater pipeline carrying oil to a refinery in Balikpapan, Indonesia, broke, spreading crude oil over 20,000 hectares of Balikpapan Bay. Some of it ignited, killing five fishermen. Area residents experienced health problems, including nausea, vomiting and respiratory difficulties, and marine life and mangroves were also devastated.

In mid-January, an Iranian tanker carrying more than 111,300 tonnes of natural gas condensate hit a cargo ship, caught fire and sank in the East China Sea in one of China’s richest fishing grounds. The accident killed all 32 of the tanker’s crew and left an oil slick bigger than Paris — more than 100 square kilometres. Researchers say the spill and fire killed phytoplankton, marine mammals, fish and birds and will have long-lasting consequences.

Meanwhile, in North America and elsewhere, pipeline accidents continue to spew gas and oil into the environment, polluting air, water and land and affecting wildlife and habitat, as well as human communities.

In the midst of it all, we have Canadian provincial and federal governments claiming that expanding oilsands production and pipelines is not only in keeping with our national and international climate commitments, but is actually necessary to them!

If short-term economic gain, a relatively small number of jobs and the priorities of shareholders in mostly foreign-owned companies are more important to the national interest than ensuring that people and ecosystems here and around the world remain healthy and alive, something is wrong. Most discussions among governments, industry and media about Texas-based Kinder Morgan’s pipeline project don’t even mention climate change.

One can sympathize with the federal government, which is already facing some provincial opposition to its climate policies and is likely to face more after a number of upcoming provincial elections. The Alberta government is also in a difficult position, struggling to hold power in a province where many people are blind to the realities of global warming and have an overblown sense of the oil industry’s relative, and declining, importance.

For the federal government to argue that the pipeline is necessary to keep Alberta on board with its climate plan is short-sighted when the party leading in Alberta polls opposes key elements of the plan.

We must stand together against the Kinder Morgan pipeline project and all fossil fuel expansion. We have better ways to create jobs and economic opportunity.