Deer Park Library to be redeveloped  | TRNTO.com
Skip to content 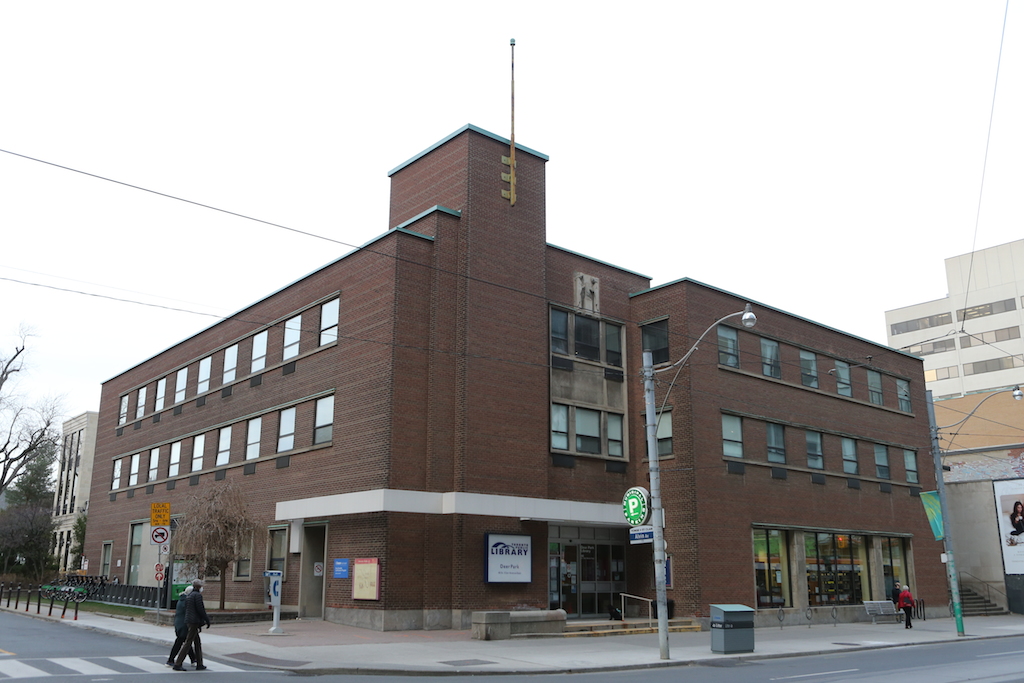 According to a report from CreateTO, the property was originally identified for proposed redevelopment back in 2009, but “the continuing interest for retaining a library on the site has posed significant challenges, which have limited the ability to intensify the site.”

The action supported by the Toronto Public Library Board enables the board to enter into negotiations with CreateTO and a developer to discuss a potential turnover agreement for the property at 40 St. Clair Ave. E.

If approved by city council, the agreement for consultation requires development proposals to find a suitable replacement facility and new service delivery model for the library. It also requires the proposed resolution of any financial and operational issues arising from the redevelopment, including the cost of relocating library staff. Lastly, the agreement is subject to ongoing consultation and communication with the community, councillor and other local stakeholders.

According to a project proposal from CreateTO, the plan includes the possibility of moving the current library around the corner to 1485 Yonge St.

Josh Matlow, councillor of the ward that’s home to the library, said the action does not signify there has been any approval, merely that the city is considering options.

Before any further progress, Matlow said he wants the next step to be a community consultation process.

“One way or another, there will continue to be a library at Yonge and St Clair,” said Matlow.

Matlow said the focus of the potential redevelopment should be on “city-building.”

“If there are real benefits to the community that are tangible and real, then, yes, let’s discuss, How do you pay for that?  What does it look like?”  Matlow said.

Matlow said he isn’t interested in strictly commercial development in the area. “If it’s simply a condo tower to make somebody some money, forget it.”

CreateTO was also unable to answer what the cost of the proposed project would be but said “a financial evaluation is currently being undertaken,” and the, “goal of the project is to deliver a new, modern and expanded library branch that has a strong community presence and is integrated into a transit-oriented development at no cost to the Toronto Public Library.”

The action passed the executive vote on Nov. 18 and will be considered by city council on Nov. 25.