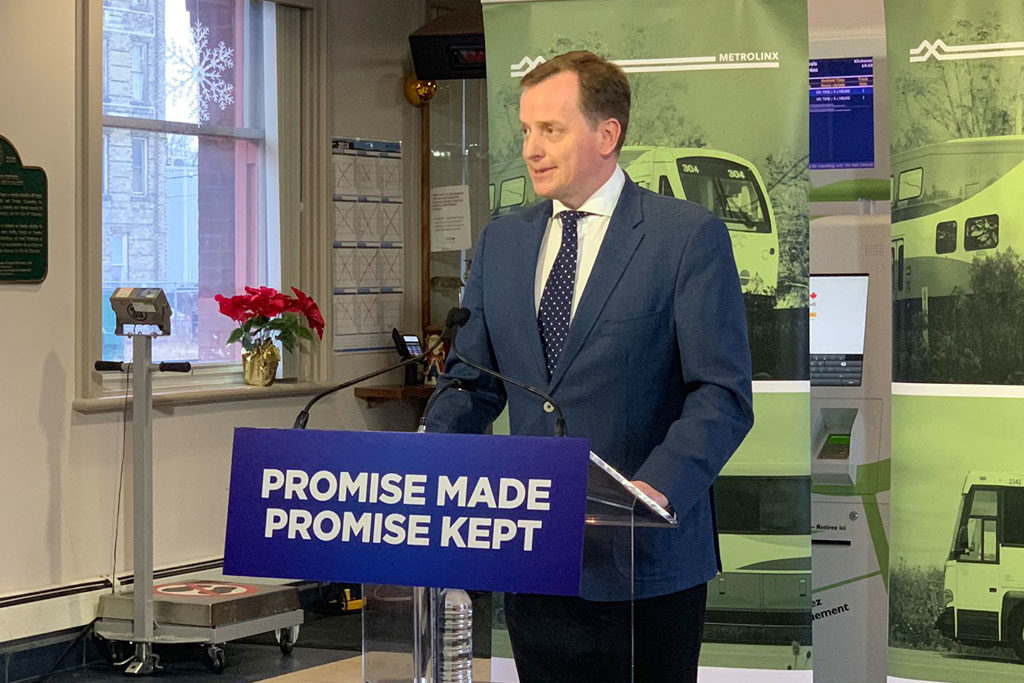 In mid-December, at its first business meeting, the newly elected Toronto City Council faced a major challenge to its authority. The council emerged from the challenge with strong and almost unanimous votes, and the leadership of Mayor John Tory was evident in pulling people together for the common good.

This is an excellent start for the new council, and one hopes it continues.

The challenge comes from the provincial government. Premier Doug Ford had another of his hare-brained ideas: he promises to take over the TTC subway system, while leaving its operation in the hands of the TTC. He offered no evidence that this will improve transit in any fashion or how removing the ownership of one key piece of an integrated network of transit services in Toronto will make things easier for anyone.

He hasn’t said he’ll pay anything for the subway system and its significant amount of associated land — certainly valued in the billions of dollars — nor has he said what he will do once he owns it. The speculation is that he will sell it off, as has happened in Australia and the United Kingdom, with disastrous results for riders, and as happened with Highway 407 under the Conservative government of Mike Harris.

Transportation minister Jeff Yurek has said the subway is an “Ontario resource,” a ludicrous and absurd idea.

The TTC was created by the city of Toronto almost 100 years ago and is run by a city agency. Some 90 per cent of TTC riders are Toronto residents. The rest live nearby. Yurek says the province wants to extend the subway into York Region, Durham, and Peel, but the province doesn’t need to own the TTC subway to do that.

The Ford government is plowing ahead and has appointed a consultant to tell them how the uploading can happen.

City council has taken a strong position in opposition. By a vote of 23 to two (the dissenters were Michael Ford, the premier’s nephew, and Stephen Holyday, son of the former mayor of Etobicoke). Council voted to reaffirm its support for retaining ownership in the city of Toronto.

With a unanimous vote, council requested the province “to demonstrate clearly and with evidence the goals they believe can only be achieved through a change in subway ownership.”

This is critical: it is not clear that the province has actually thought through why its ownership of the subway is a good idea.

Before substantive discussions take place, the city has insisted on a joint terms of reference being established to the satisfaction of the city manager. The city manager produced a strong report, noting that any process must involve public consultation. Council also required that an independent third-party evaluation be available to determine the value of the city’s subway assets.

It is encouraging to see council, with its myriad political viewpoints, take such a cohesive and strong position. Clearly, Torontonians are proud of the service that transit provides and are not willing to see it snatched from our control by a provincial government that, given its funding priorities, apparently has little interest in transit.

Toronto City Council looks as though it has positioned itself well to fend off the subway upload. But one can never discount the kinds of things Premier Ford might do.

We will watch closely over the next few months as this plays out.