Toronto city councillor Josh Matlow wants to defund the police, and here's why
Skip to content 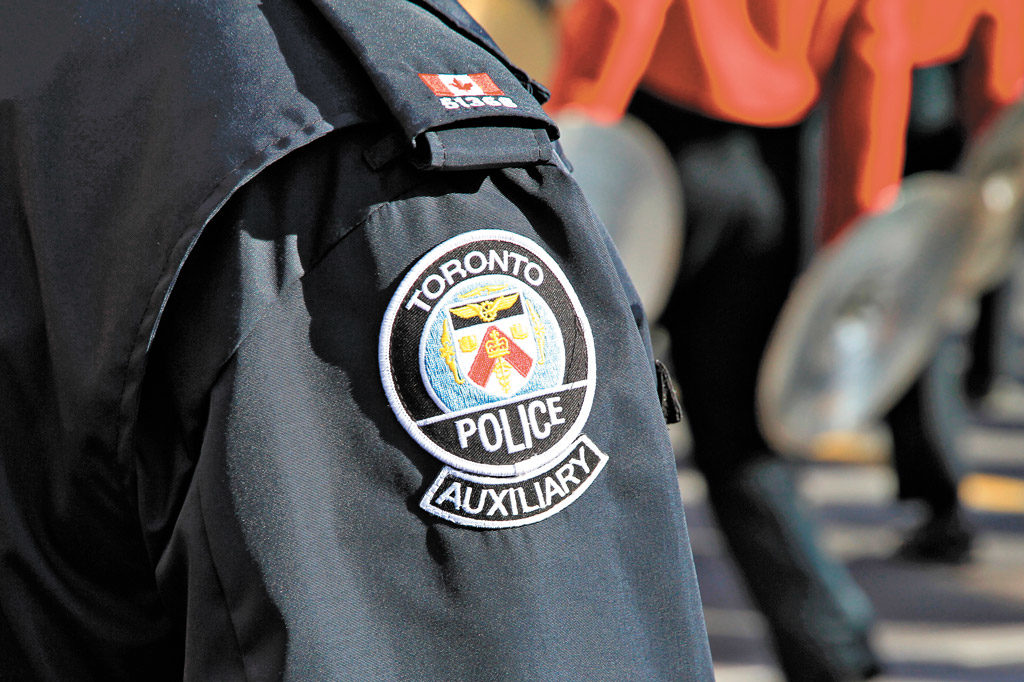 One of the ideas that has received a lot of attention due to the recent protests over anti-Black racism has been the concept of defunding police. It has been a point of contention across North America. In Toronto, midtown city councillor Josh Matlow is preparing a motion to present to city council on June 29 that would cut 10 per cent of the police budget, which is more than $1 billion and, by far, the largest item in the city’s budget.

What inspired you to make this motion to cut the police budget now?

In 2019, there was an item on the agenda to spend $3 million on the police budget for technology including this controversial technology called shot spotter from the States. At that time I thought, rather than spending money on this controversial software technology to try to catch people and figure out where they shot a gun, why wouldn’t we spend that money on proven programs to support our vulnerable youth to ensure that they have an opportunity to have a path in life so that they never pick up a gun in the first place. And also, you may remember in the 2018 election, I argued to double the number of youth hubs to support our vulnerable youth, most of whom are from racialized communities. Even back in 2013, I moved a motion based on the recommendations of the Roots of Youth Violence report that led to the creation of a youth equity strategy. So, I say all this to tell you that I’ve always recognized that there’s been an imbalance between the public funds that we put towards policing, and the funds put towards more proactive community-focused approaches that address the roots of many of the issues that end up having to be policed after the fact. And then recently — as I imagine most elected representatives have experienced — we’ve received thousands and thousands of emails from people, some of which was prompted by the murder of George Floyd. There definitely is a clear demand for institutional change and in the defunding of the police budget.

What does defunding mean to you?

I honestly have never used the word. I didn’t know what it meant. But my job, I believe, is to listen and understand and learn and then act on it. And what was clear is that the Toronto city council, first of all, unlike L.A. and New York and other cities, doesn’t actually have control of the police budget. There are a lot of calls from all these thousands of people for Toronto council to make certain changes in the budget that we actually don’t legally have control over by provincial statutes. So the first part of my motion is to wrest control of the budget. In other words, Toronto council is tasked by law — by provincial law — to fund the police budget. But we don’t actually get to see the detail line items of the operating budget that we’re funding, which is bonkers.

And then what when you take control?

So the Police Services Board should be accountable to the City of Toronto rather than the province. The second part of it is to request the police to provide recommendations for a 10 per cent cut to the budget — their budget for 2021 should be 10 per cent lower than this year. And that the roughly $122 million in savings should go towards addressing systemic racism, alternatives to policing, proactive programs and support for the community that has been underfunded for far too long based on the advice of the city manager, our social development staff, and the anti-Black racism task force.

Some people think defunding the police means getting rid of it, clearly that’s not the case, right?

What do you mean by that?

For example, are the police best equipped to be the ones that answer the call when there is somebody in distress due to mental health, or addiction, or homelessness? Here’s an example: When you have a situation where a vulnerable young Black man is in a crisis, isn’t it reasonable to ask whether or not he would be better served and supported by having a youth worker arrive on scene first? Who may share some lived experiences and have the expertise and knowledge to de-escalate the situation. Rather than a police officer in a uniform with a weapon in their holster and with the power dynamic that comes along with that? These are the questions, and I want our city’s budget to reflect our priorities and the best ways to keep our residents safe and well. I am assuming that there are alternatives to policing to address certain services that we need to understand and we need to consider.

Some people suggest 10 per cent isn’t nearly enough and a token gesture. What do you say to them?

First of all, that I hear them and I understand that there is a desire for fundamental institutional change. There is a reality that I had to consider when forming the motion that this is a mayor and city council that has resisted cutting the police budget and reallocating it at all. And, in fact, this mayor and council have actively pushed back on that. This is a mayor and council that has asked every other area of the city, child services, every other priority, to find cuts and efficiencies every year. The Toronto Police budget has only ballooned. I know that I could move a motion that would look better to some, but I decided that moving a motion that might have a fighting chance to be approved would be the best way to open a door that has been closed for a long time. And I also believe that if we are able to wrest control of the Police Services budget and open this door finally for the first time in our history, defund the police budget and reallocate those funds towards alternatives to policing and community support, then we will build a momentum that cannot be stopped.

What message does this send to our police service right now?

I’ve thought about that because I understand the effect on morale that this whole debate might have on many of them. I know that there are different voices and different opinions about this whole debate. Where I stand is that we have to acknowledge that there is systemic racism within the Toronto Police and in police services in the U.S., and around the world and throughout society. It doesn’t mean that everyone is racist. There’s a difference between systemic racism and the behaviour of individuals. I know that we have police serving our city who respect the diversity of our communities, who work so hard in a caring and professional way to serve and protect, and I value them. And I want them to be fully funded and be able to do their jobs well. I don’t support abolishing our police service. What I do recognize is that like I was referring to earlier, I want our Toronto Police Services to be funded and do the jobs that they are meant to do and do them well.

And how will the new funds be administered?

I was very deliberate about not prescribing that. I’ve got lots of ideas, but I’m not going to pretend to be the expert.

Do you think it’s possible to find that balance of needs?

This isn’t about being against the police, this is about working with the police on these recommendations. And in the same vein, the motion asks the city manager — in consultation with the social development staff who are responsible for those community services and the anti-Black racism unit — to provide expert recommendations about evidence-based proven ways to provide alternatives to policing and to support our communities from the roots of the issues that they experience. And, again, to those who want transformative change, I have my own struggles with incrementalism. I get frustrated by it, too. But we will advance if we get something passed. We won’t if it doesn’t pass. So my focus is on trying to get a motion approved at council that might even have a fighting chance to do so. And part of my work is obviously in speaking to my colleagues and reaching out to the mayor even though I know his position already. You know, we have to work on it.

Has Mayor Tory responded to your motion yet?

I think he’s spoken in general about it. He doesn’t support any defunding of the police budget but that being said, although we’ve had our battles, we also have respectful communication. So, we will discuss this.

So you haven’t had any conversations with him yet?

No, I reached out to him by text. And I asked him if he’d be willing to have a conversation with me about it. And he said that he would and we are organizing the time to have that conversation.

Will you need the province’s approval as well?

Yes, we do need the province. Welcome to Toronto. Constitutionally, we are creatures of the province. So yes, the province would have to agree to our request to wrest control of the police budget and to make the Police Services Board accountable to the City of Toronto. They might say too bad Toronto, you’ve got to fund it anyway.

I know, Councillor Wong-Tam is seconding the motion but what is the general sentiment amongst the rest of the city council?

Yeah, I mean, I’m having conversations. Some have committed support. Others have just said they need to digest everything, and that’s reasonable… I think most councillors are really empathetic to what’s going on. I think there will be political power playing at a certain point because the mayor does influence the majority vote on council and we’ve seen that happen time and time again. And the question will be, will the mayor whip votes one way or another? And what direction will that go in? And he’s already indicated that he is not supportive of going in this direction. So that’s why it’s really important that councillors listen to their communities.