Design Insight: How low-rise condos are shaking up our housing market | TRNTO.com
Skip to content 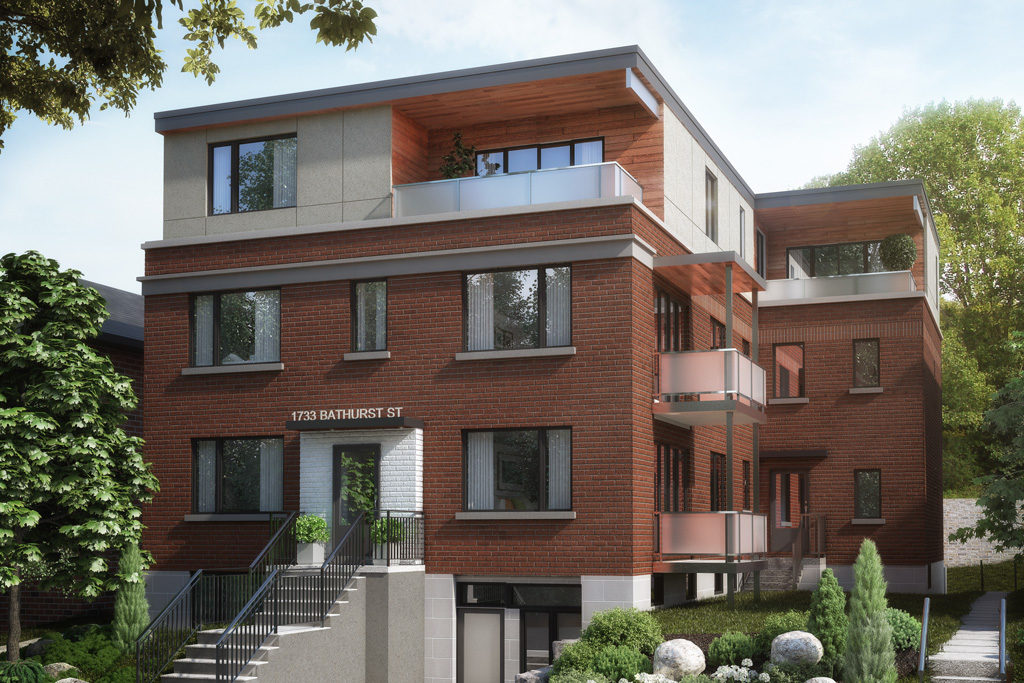 In the first post for Design Insight, Post City’s new column on modern living and design, we highlight a slow but sure shift towards low-rise, clearly articulated condos in Toronto.

Awash in high-rise and houses, Toronto has been slow to build low-rise condos — a common design trend in cities like New York, Montreal, Paris, London and Barcelona. We may never catch up, but the romance (and elegance) of condo living without an elevator is not lost on homeowners.

Whether it’s a low-rise with an artist loft vibe adjacent to the Gladstone Hotel or a flat-style condo with a 1930s-era redbrick exterior in Forest Hill, this building form is pulling in individuals, couples and small families alike.

The difference? “It’s a more personal experience for the homeowner. When you come home and walk up your front steps, it’s kind of like living in a mansion, but you only get to go into part of it,” says Evan Johnsen, partner of the boutique firm Circa.

The other half of the partnership, Neil Spiegel, is a former Green Party candidate. Together, they restore dated low-rise multi-unit rental buildings into modern and timeless units, an idea they have been working on since 2008.

With their third project, 1733 Bathurst St., set for occupancy in early July, two of the eight units sold in the first 48 hours and two units were left at press time. “We are very passionate about making buildings better, but we don’t make better buildings,” Johnsen says. “We turn things that people think are kind of decaying and smelly into something gracious and coveted and lovely.”

“You will take ownership differently,” he adds. “You are going to care more if, say a plant by the front door is dying. You’ll also know all your neighbours.” Which is never a bad thing in a city where high-rise elevators are often filled with awkward silence and neighbours are left off guest lists in suburbia.

Inspired by classic New York brownstones and London walk-ups, this part condo, part custom-home south of Eglinton Avenue is just as stylish as it is sustainable, thanks to Solares Architecture. Expect lots of natural light with windows on all three sides like a house, as well as full-sized authentic wood trim instead of MDF. Other custom touches include heated concrete floors, Nest smart thermostats, soundproofing and grey-water recovery.

Circa is responsible for two other green projects in the city: Lytton Park in North Toronto (six two-bedroom homes) and Urban Green Living in High Park (four three-bedroom homes). And yes, they are all gone.

Unlike cookie-cutter condos, Circa offers a deft touch with quality finishes that will stand the test of time—or as Johnsen and Spiegel like to put it, “survive Tonka truck collisions and wine spills.” The design firm Mazen Studio opted for natural stone instead of porcelain ceramic for the tiles. The solid shaker doors will have bronze hardware; the kitchens Caesarstone counters and Scavolini-designed cabinets made of authentic wood. 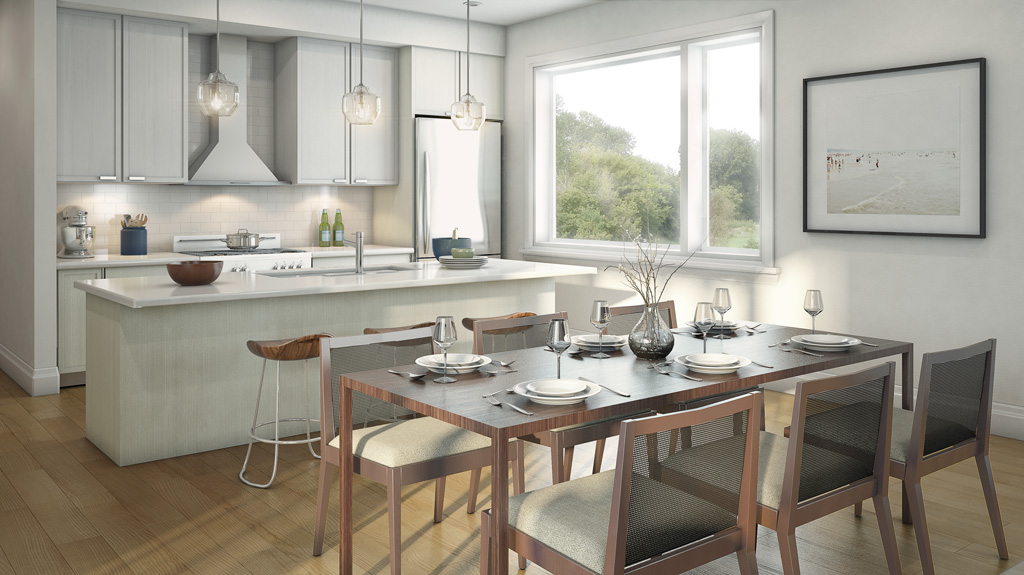 “We think about how finishes fail. A laminate kitchen looks really shiny and new until you drop a pot,” Johnsen says. “New is so fleeting.”

The appliances are also top-of-the-line, from a Fisher & Paykel stainless steel refrigerator to a Bosch dishwasher and bathroom fixtures by Ginger’s/ Elte.

Johnsen describes clients here as step-up buyers, aged 30-45, who bought a 724-square-foot pre-construction condo five to ten years ago and made a little money — but now need more space and a mature neighbourhood close to good schools.

That was the case for Samantha Barone and her fiancé, who took time to discover what they wanted as a couple: she from the city, he the suburbs. Their six-month search for a “happy medium” started with condos then houses, but “a lot of properties weren’t move-in ready,” she says.

So when the 30-year-old mortgage agent with The Lang Team came across 1733 Bathurst, what she describes as a “townhome,” she was excited that they wouldn’t have to do anything. “The features and finishes were also above standard,” Barone says.

The couple will move into their 1,189-square-foot, two-bedroom-plus-den suite with two bathrooms and a 240-square-foot terrace this summer.

“We didn’t want to sacrifice space for a skyline view,” Barone says, adding that they don’t plan to leave. “It satisfies our needs in the future.”

What this low-rise lacks in skyline views it makes up for with easy access from tree-lined street to home.