Toronto activist Desmond Cole is one of the city's most powerful voices for Black liberation | TRNTO.com
Skip to content 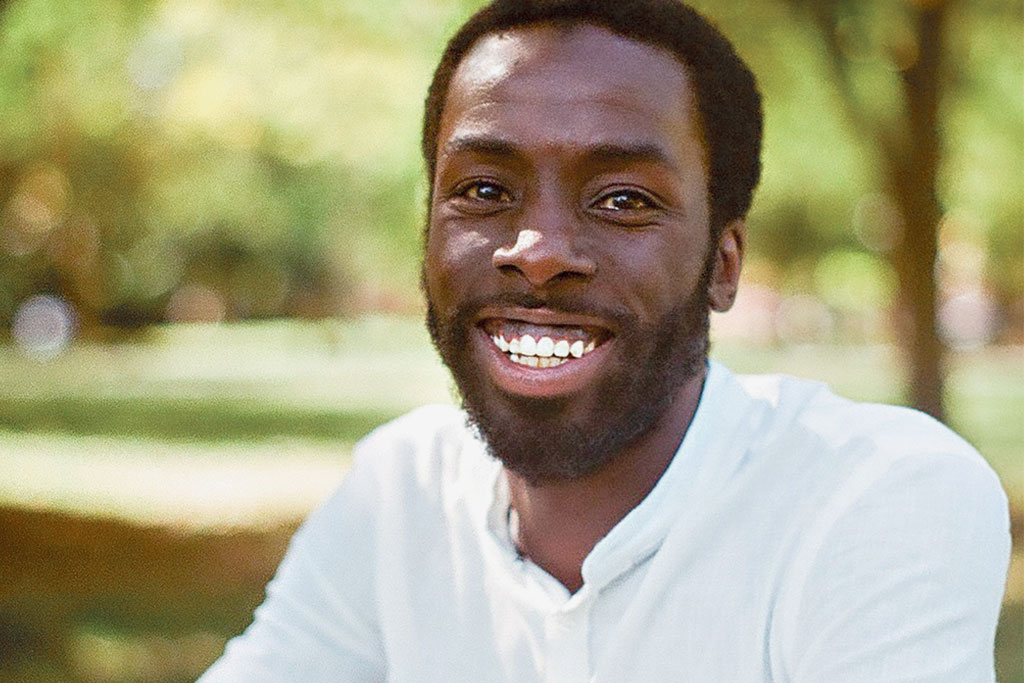 Desmond Cole is the winner of the 2020 Toronto Book Award. Here is our interview with Cole from our January 2020 print edition.

Journalist and activist Desmond Cole has been chronicling the struggle against racism in our city for years (see our 2017 interview with him here). His memoir The Skin We’re In is required reading. We chatted with him ahead of its release.

Congrats on the book. How does it feel to have it out in the world?

It’s really surreal. I can’t lie. I’ve never written a book before, and it doesn’t feel real, but as I’ve started to read the reviews from people who have actually read the book, it’s starting to feel a bit more like a real thing. So it’s pretty wild.

What did you find most challenging about writing the book?

First and foremost, the subject matter in the book is really tough stuff. The violence that our governments, our police, our education systems are capable of perpetrating against Black people on a daily basis is truly overwhelming. And for every story that we hear, there are hundreds if not thousands more we never will. So I just think dealing with that level of material would be difficult for anybody, but because I’m talking about my own community — and, in some instances, I’m even talking about things I’ve experienced — you work through that pain. It’s always something you want to treat with care and with dignity and with honour to that person’s life and family. So that was the most challenging: to try to not sensationalize that violence done to Black people.

And it’s not just chronicling events. It’s about the people behind the stories.

I wanted to show how people fought back in each of the stories I told. I don’t just want to leave people with a story of Black people being subjugated or Black people on the wrong end of violence but also how people organized, how people supported and cared for each other after these things went on, and how I cared for myself doing this work. That was a struggle, but it was definitely worth it.

You chose 2017 for your book, a year with plenty of anti-Black racism but also a resurgence of protest. What was it like?

It was inspiring. I think the biggest driving force of 2017, being that kind of year, was Black Lives Matter Toronto. They appear numerous times throughout the book because they, in one way or another, were involved in many important interventions that year. And it was very thrilling and life altering for me to see people doing that work and to be around them and document what they were doing, to interview them, to go to demonstrations with BLM-TO. They were the driving force for a lot of that movement. And what I started noticing was that it changed the way I was doing my work. So I became a different kind of journalist as I started seeing more how Black people resisted and fought back.

What has changed since then?

Nothing. Canada is determined not to change because Canada is determined to tell us there is nothing wrong. What has happened since then? The prime minister of Canada was revealed to have worn blackface more times than he can remember, and then there was an immediate rush to say we all had to forgive him. So no, nothing has changed.

You’ve increasingly become a public figure and will likely even be more so now with the book. How comfortable are you with that?

I remain deeply uncomfortable with that, but I feel like the best thing I can do with all of the attention is try to redirect as much of it as possible toward larger issues than myself. The reason my voice narrates this book and the reason I included some of my own personal experiences is because it matters that I’m a Black person writing about this. It matters that I know intimately what Black people are talking about when we live our lives. I didn’t want to pretend that I’m a neutral observer in my own life. I’m not.

One of the most powerful chapters was regarding the case of Dafonte Miller’s alleged assault by a police officer and his brother. Why is it important that we hear his story?

Dafonte’s story matters for so many reasons. Obviously, the injuries he sustained and the life-altering impact on him, Black people felt that very deeply and we still do. That’s why I imagine … when there is final arguments in court, that the courtroom will once again be full. We want that family to know we haven’t forgotten about you. We care about you, we love Dafonte, we’re sorry about what happened to him. And we are never going to stop until we find justice. I just think the emotional impact of that story lingers with people. But I also think it is such an important story for people to understand because of how desperately two police forces tried to cover it up.

What gives you hope?

I fight because I’m alive. I think that hope helps us sustain ourselves. I do find a lot of strength and hope in other Black people. It’s the ability of me to find my community through this work that powers me to keep going.

What are you hoping people take from the book?

I’m really hoping people just learn. This is a work of journalism that brings together the scholarship, research and hard work of mainly Black writers, academics and researchers but also all kinds of reporting about Black life in the mainstream media. I hope people learn, and they see the country in a way that is not being shown to them in the mainstream media. I hope people come away from this understanding that racism is systemic and that racism is historical, more than anything.

Desmond Cole’s book, ‘The Skin We’re In’ is available here.