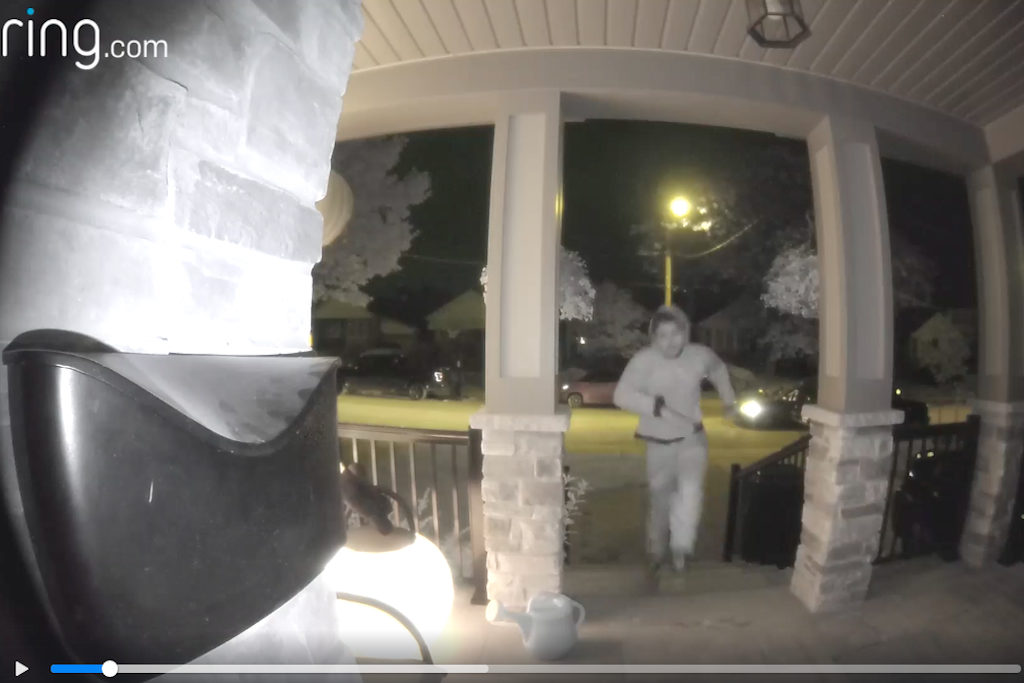 A resident of Toronto’s East York neighbourhood was sound asleep when a vandal attacked a giant inflatable Halloween decoration on his porch. In the early morning, a person ran out of a car up onto his porch and slashed gashes in his minion — a character from the movie Despicable Me.

Vincent Hong purchased and erected the eight-foot inflatable to celebrate what will be his son’s first Halloween.

“There are four to six long gashes in the inflatable,” said Hong.

The vandalism was captured by his security camera. The images show a young man dressed as a ghostly figure entirely in white, with white face makeup.

Hong posted the camera footage on a neighbourhood Facebook page. He also reported the incident to the Toronto Police Service, but he said he has not heard back. He said, no neighbours have reported hearing or seeing anything.

“I debated posting these pictures and video but decided that if I were his parent, I would want to know that he caused this mischief so that I could take action on his irresponsibility,” he wrote on Facebook. “It’s pretty clear that this was deliberate.”