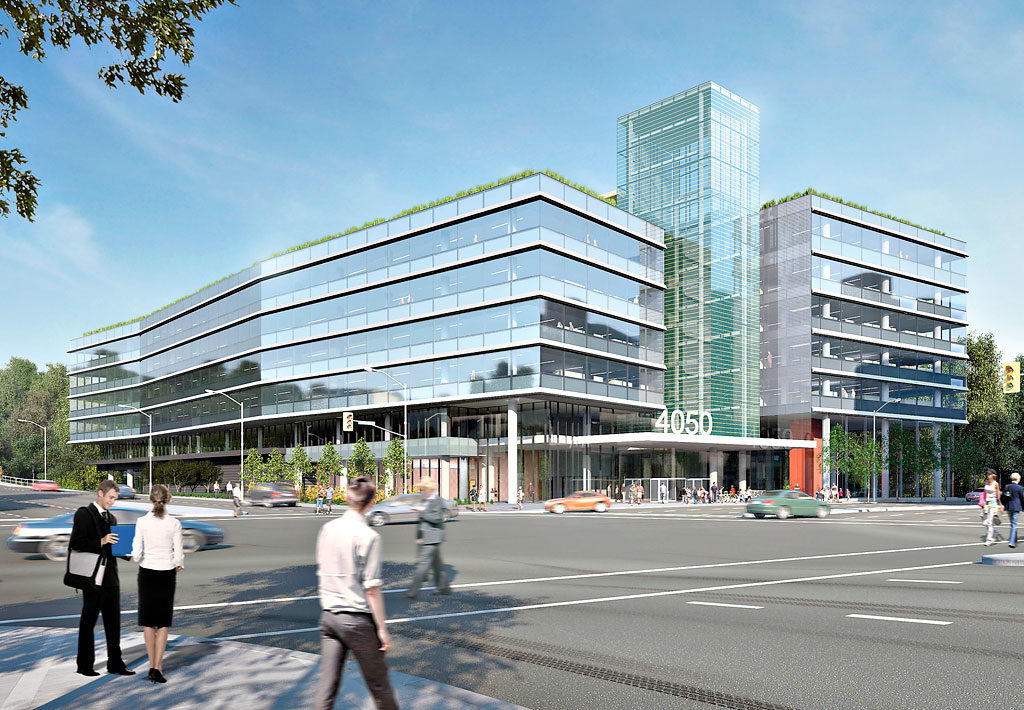 A Toronto developer has purchased the Toronto Transit Commission parking lot at Yonge Street and York Mills Road to construct a seven-storey, 480,000-square-foot office, hotel and retail complex, with an expected completion date of 2018.

The $25 million transaction, which closed on Dec. 22, was between Build Toronto, the City of Toronto’s real estate and development corporation, and the Gupta Group/Easton’s Group.

“I am looking to clean up the area and bring some new life to it with people living and working there,” said Steve Gupta, founder of the development company.

A 330,000-square-foot office building will take up most of the 3.2 acre site. The $300 million project will also include a 120,000-square-foot hotel, either a Marriott or a Hilton, with 210 rooms and a rooftop lounge, and an upscale casual dining restaurant.

The hotel and restaurant are expected to create 300 jobs; the entire complex 1,000.

“I am looking to clean up the area and bring some new life to it.”

Gupta, who will move his own offices to the site, was drawn to the project due to its location, overlooking the Don River and Don Valley Golf Course with close proximity to Highway 401, the York Mills subway station and three hospitals —Sunnybrook, North York General and the Humber River Regional Hospital.

The density was also just right: “busy but less traffic than Yonge and Sheppard,” he said. An important employment node right on transit, we were committed to not let it become another residential condo development, said Bill Bryck, president and CEO of Build Toronto.

Gupta will reserve 1.18 acres of the site for conservation and move some of the 266-spot TTC parking lot underground, making room for a three-level parking lot to accommodate 350 cars.

“A piece of property sitting dormant since forever, this project is a perfect example of Toronto’s commitment to creating value from underutilized city properties,” said Coun. Michael Thompson, Build Toronto’s board director.