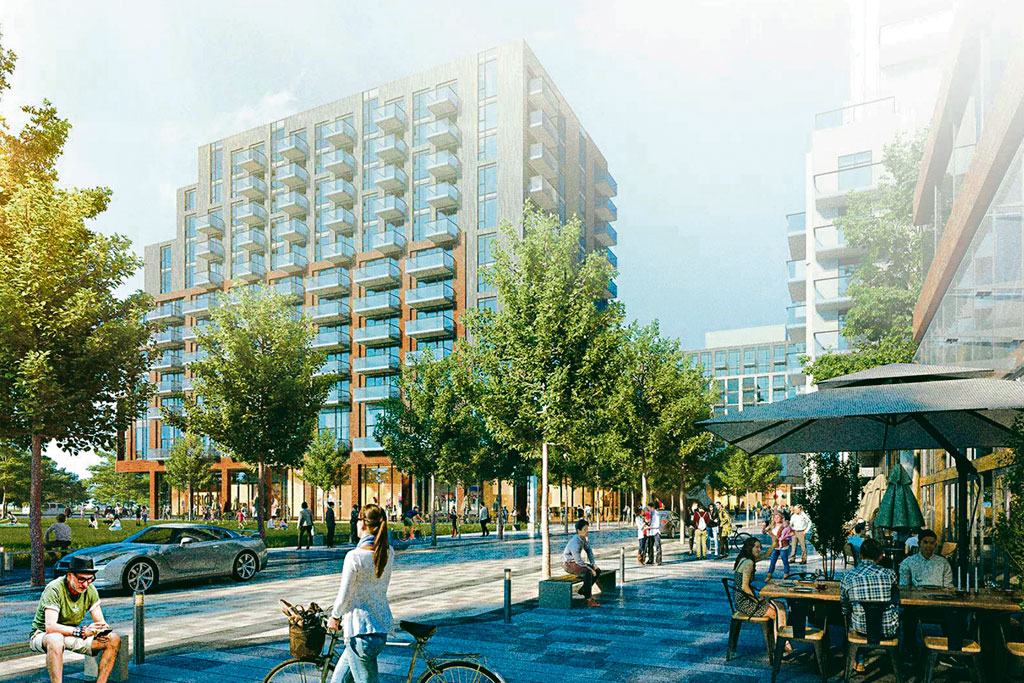 A settlement has been reached between the City of Toronto, Leaside Residents Association (LRA) (formerly Leaside Property Owners’ Association) and developer RioCan regarding the massive development on the southeast corner of Laird Drive and Eglinton Avenue East.

RioCan had submitted official plan and zoning bylaw amendments to the city to redevelop 815–845 Eglinton Ave. E., a 3.56-hectare side adjacent to the future Laird station on the Eglinton LRT. The plan included eight buildings of residential, commercial and office space with heights from two to 38 storeys, including 1,673 residential units. The proposal also included a community space and a 3,770-square-metre public park.

The city opposed the development on the grounds that it was inconsistent with the city’s official plan as well as the Laird in Focus planning study. The three sides agreed to go to mediation prior to a decision by the Local Planning Appeal Tribunal (LPAT).

After three days of mediation, the settlement was reached.

“We got some reductions in height and certainly some density changes,” said Geoff Kettel, co-president of LRA. “In the end, the total density is much the same, but there’s more employment, [more] office and less residential, and the retail stayed the same.”

As part of the settlement, two towers that were originally planned to be 36 and 38 storeys have been reduced to 34 and 29 storeys, and there is a decrease in residential and an increase in commercial from the original proposal.

Also included in the settlement was $19 million in community benefits. According to Kettel, this includes $2.8 million to be spent on affordable housing, $4.9 million for a daycare centre and $11.3 million in unallocated funds, which Kettel said should go toward things like park improvement, parkland acquisition and improving access to the Don Ravine.

“There will be a lot of decisions to be made as to how the $11 million gets allocated. The councillor will have the final say on that,” said Kettel. “There will be people coming forward wanting things, and we want an open process.”