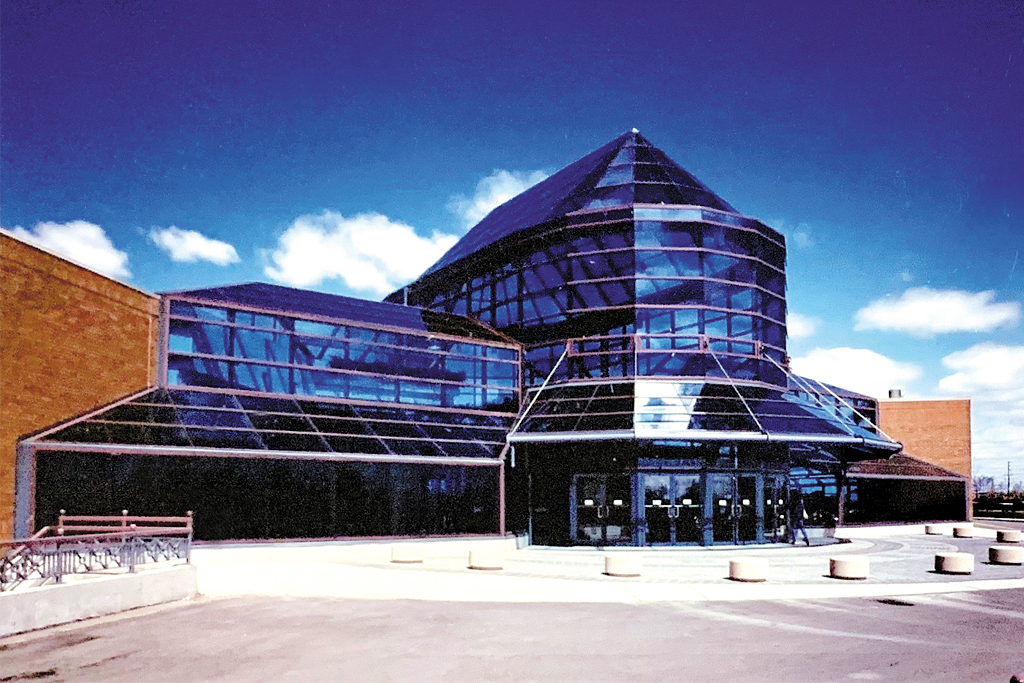 A shopping centre in Thornhill may soon be home to several residential rental towers and a new park as part of a redevelopment that a local councillor has called inevitable.

An official plan and zoning bylaw amendment application have been submitted to the City of Markham by the Goldberg Group, on behalf of Timbercreek Quadrant Four Gp Inc., to facilitate the redevelopment of the Thornhill Square Shopping Centre.

The proposed redevelopment of the 7.75-acre site at John Street and Bayview Avenue would see five towers built, ranging from eight to 15 storeys with 587 residential rental units. The application also includes the creation of a public park on John Street. An existing heritage building that is currently home to Santorini restaurant will remain.

“On the face of it, it seems reasonable. Taking a look at it, there’s a certain inevitability I think to the redevelopment of that site,” said Ward 1 councillor Keith Irish. “I think, all things considered, naturally I would like a little less density than what they are proposing, so perhaps one less tower. I’d like to see four buildings ideally, but we’ll get into that as the application progresses.”

Irish said this proposal is different than one Timbercreek had previously presented to him in preliminary plans.

“The mall, part of it was demolished quite a few years ago to make way for that redevelopment. What is left is essentially a small ground-level retail function that quite honestly has struggled for decades, and some of those storefronts are empty,” said Irish.

The application is currently with the city and circulating amongst various departments prior to a preliminary staff report to committee and members of council.

“As it progresses, there will be opportunities, not just a statutory public meeting, but I’ll hold a community information meeting at some point as well in the future,” said Irish. The dates for the meetings are still to be determined.