Director Atom Egoyan on the tale of vengeance behind his latest film and his favourite way to spend a day in Summerhill | TRNTO.com
Skip to content 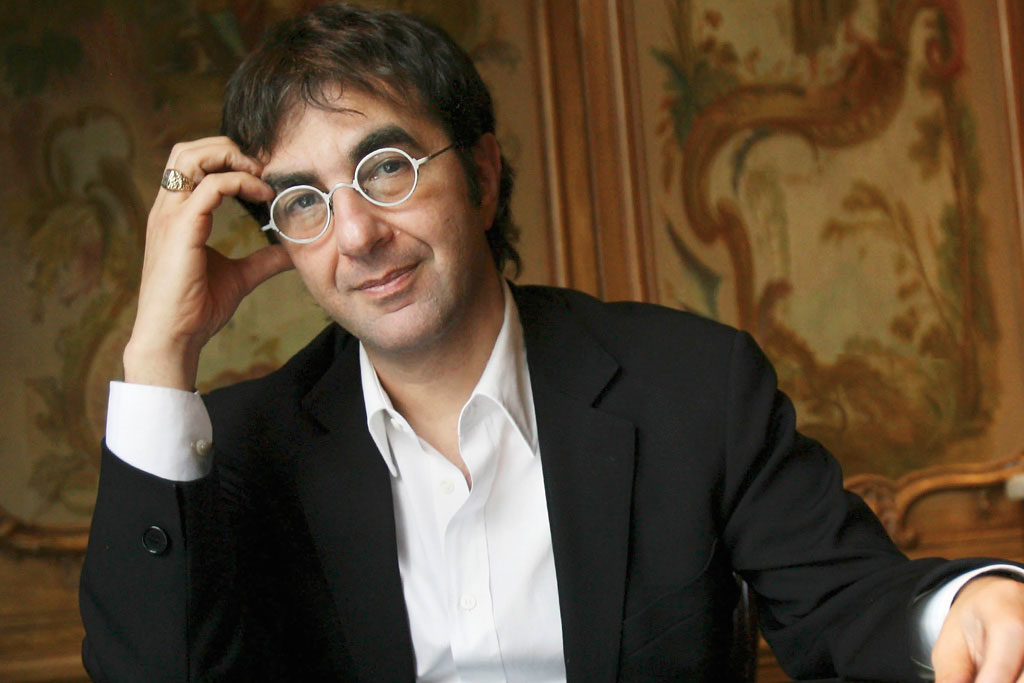 Before filming Remember, Atom Egoyan established a firm reminder to self: “To keep it as simple as possible … to promise myself not to complicate it,” says the North Toronto resident as he sits down to chat about the film in the midst of the Toronto International Film Festival madness. The film premiered at the festival on Sept. 12 but will be released in theatres across Canada on Oct. 23.

Egoyan, one of Canada’s most recognizable filmmakers, is not typically known for a no-fuss approach. Over the past few years, his work has matched intricate and intentionally contorted narratives with splashy, stylized esthetics.

In the noir-ish thriller Chloe (2009), Julianne Moore, Liam Neeson and Amanda Seyfried join forces for a pulpy — and deadly — love triangle, whereas The Devil's Knot (2013) recounts the real-life experiences of the West Memphis Three, a group of Arkansas teenagers who were wrongly convicted of murder in 1994. Most recently, in The Captive (2014), Egoyan jumps between time frames and perspectives to untangle the mystery surrounding a child pornography ring.

None of these films told single-channel stories. So when Egoyan read the script for Remember, a trim drama of vengeance about a 90-year-old Holocaust survivor who embarks on a vendetta-fuelled road trip across the U.S., he was intrigued by its tight conceit.

“I thought it was the most extraordinary journey. I had never read anything quite like it, which was so focused on one character. And I thought that, if it was cast with the right person, it could be a really powerful film.”

Egoyan confesses that his interest in Remember was based entirely on his desire to land Christopher Plummer for the central role of Zev Guttman. A former Auschwitz inmate, Zev now suffers from a creeping case of dementia, which has significantly degraded his memory.

After the death of his wife, Zev relies on his nursing home buddy Max (Martin Landau) to remind him of their now-or-never scheme. The plan: Zev will sneak out of their residence and begin a marathon hunt for the Nazi commander who killed both their families. As an aide-mémoire, Max has written out step-by-step instructions, detailing exactly where and how Zev will complete his mission.

The camera rarely leaves Plummer’s face as Zev fumbles from one destination to the next, using Max’s hand-scrawled letter as his flimsy guide. Although Remember’s structure resembles that of a road movie, Egoyan says he didn’t want to “wallow in the landscape.” Instead, he turns his attention inward, exploring Zev’s emotional terrain. Alternately terrified and vengeful, the old man lives entirely in the moment. Egoyan felt Plummer could bring richness to a character whose back story is utterly oblique — even to himself.

“After all this time, it’s not as though these characters have come to terms with history. They’re still as enraged. It’s still as real to them as when it happened.”

“Christopher is so precise,” Egoyan says, “There is this feeling that he is this machine that can do anything, and when that instrument is calibrated in the right way, it can have a devastating effect.”

This is not the first time Egoyan has put Plummer’s meticulousness to work. In 2002, the actor played an aging Canadian customs official in Egoyan’s Genie Award–winning historical drama Ararat. Thanks to that experience, Plummer was similarly confident that Egoyan could provide both the sensitivity and stripped-down direction necessary to pull off Remember’s delicate touches.

“He’s a very good psychiatrist on the movie set,” Plummer explained during an interview at TIFF last month. “And I needed a friend behind the lens on this one.”

Remember raises tricky issues related to justice and closure. This is more familiar territory for Egoyan, whose landmark films have frequently examined how we process and address the aftermath of trauma. Another tightly wound character piece, The Sweet Hereafter (1997), spotlights a small British Columbia town reeling from a bus crash that killed several local children, whereas Ararat follows a filmmaker attempting to bring the Armenian Genocide to the big screen.

At this year’s festival, Remember received praise for taking the audience on a thrilling ride with surprises along the way.

Although this film marks Egoyan’s first cinematic investigation into the Holocaust, he insists the film is not so much about the war as what happens 70 years later.

“After all this time, it’s not as though these characters have come to terms with history. They’re still as enraged. It’s still as real to them as when it happened. And Martin Landau’s character, Max, at this stage goes rogue. Because he realizes that there won’t be any justice in a conventional sense. So those are fascinating questions.”

Egoyan’s attraction to such provocative subject matter has contributed to his enduring place in Toronto’s film industry — regardless of a project’s thematic or technical challenges, he consistently commits to his vision.

For more than three decades, Egoyan’s career has evolved alongside this city’s broader cinematic transformation, and he considers Toronto the ideal platform from which to launch and maintain a world-class career.

“We’re working at the highest possible level of any film centre,” he says. “So we have not only an amazing festival, we have an amazing practical infrastructure that can work to make films. I think it’s as exciting for filmmakers at the beginning of their career as people who are coming here with a multimillion-dollar production.”

With this year’s festival wrapped, Egoyan is looking forward to enjoying the calm after the storm in his Summerhill home. Since 2012, the director has worked non-stop in both cinema and stage, releasing three films, five theatrical works and four operas. As he reaches the end of this high-output period, Egoyan hopes to embark on a much-needed hiatus.

When not immersed in a film, he likes hanging out at classic Summerhill haunts such as Brownes Bistro as well as newer refuel stations like Boxcar Social. And as for his next project, Egoyan says he’s traded back-to-back jobs for a less breakneck gig.

“At this point I’m just enjoying reading a lot of books.”