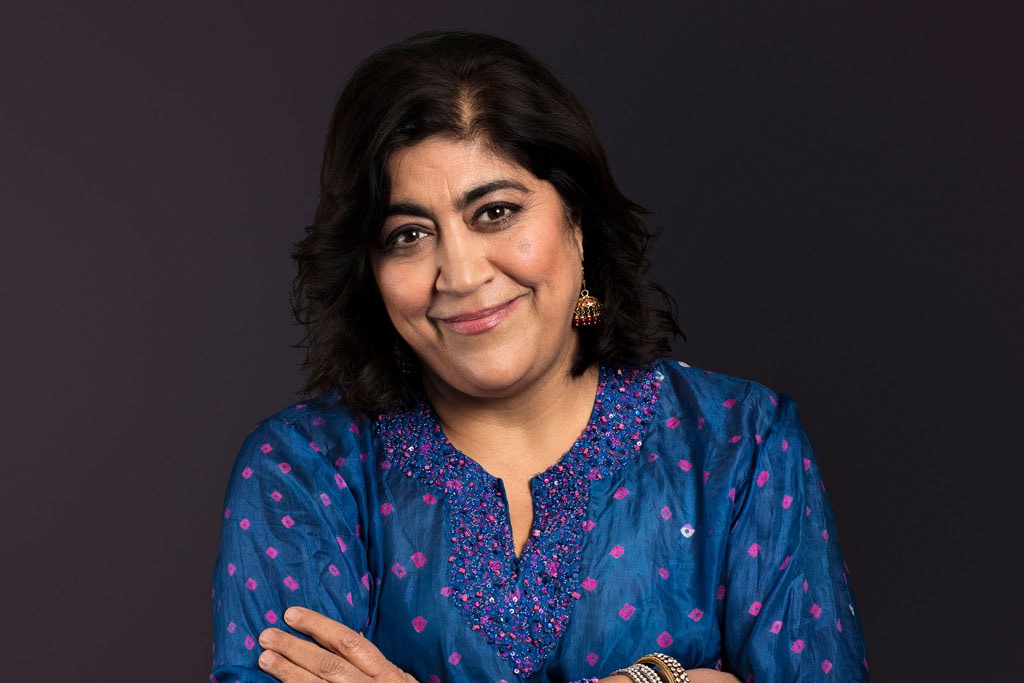 A Toronto musical reboot of one of the most popular and powerful movies of its era runs Dec. 7 to Jan. 5. We kick back with British director Gurinder Chadha to talk about her landmark work, its new stage incarnation and what Keira Knightley said after she was invited to the premiere.

What are you hoping people take from the show?

I hope they come out and go, “Wow, that was great, better than the movie. What a great two and a half hours.” But I think in today’s world, it’s a nice moment where people go, “OK, we think we’re different, but we’re all the same. We’re all connected.”

What made you want to make a musical version of your iconic movie, Bend It Like Beckham?

Two things happened. One, I went to see Billy Elliott on the stage and I loved it. I thought it was actually much better than the film, very powerful. I thought, wow this was neat and interesting creatively, the changes in the staged musical and how they made it more powerful. So creatively, I was excited about that. Also, I was getting a lot of pressure to do a sequel to Bend It Like Beckham, and I just couldn’t see a sequel. I felt like the film just ended exactly where it should have and that was that. Between the two, I thought, why don’t we explore the idea of a musical. And once we started exploring, it just snowballed from there.

Did you have any idea of the impact Bend It Like Beckham would have?

It was a total surprise. I thought it might do well in England, but I never imagined that it would travel so well to so many communities around the world. To this day, it has the sole achievement that no other film has had in that it is the only film that has been distributed globally in every country in the world including North Korea. So that surprised me. But even now, I’ve made six films since then, but that’s the one everyone wants to talk about.

And it introduced the world to some now-famous actors including Keira Knightley. Did you invite her to see the musical?

I think that probably Keira spends all her life trying to move away from the movie because every film that woman does I always get a call from a journalist, so tell me about Keira Knightley, so she’s probably absolutely sick of me popping up. Every time a movie is released there is someone quoting me. So yes, I did ask her if she wants to come, and she said, “No, I f**king don’t.” But I understand. It was her first film. She was 16 and a little bit gawky in it.

How did it evolve for the stage?

You know, what is great with the musical is that it allows all the main characters to have their own songs and therefore go deeper into them as characters and their emotions, their wants and desires. What suddenly came alive was the parents. Suddenly they were singing about the hardships they’ve endured and the dreams they have for their own children. It suddenly became very moving. That was incredible. Even now, in the musical, I find that stuff very touching and satisfying as an audience member. You’re going on a journey that is totally unique and different from the film.

The world has changed a lot since the movie. Is that reflected?

Well, the musical is still set in 2001, which is obviously because of David Beckham. You know, he still plays for Man U. And the film was made pre-9/11, you know, so it’s a different time, and the world has certainly changed. But what’s great about it is that it is a reminder of that time pre-9/11. Therefore, there is an urgency about it today, when you watch it, with what’s going on today with Brexit and all this other stuff going on. There is an innocence and a sense of hopefulness about it.

Certainly people will look at it differently, though. Right?

We are all aware of what is going on in the world in terms of xenophobia. But here we’re invited to the table of this family and this world, and we’re a guest, and we enjoy the world from their perspective for a couple of hours, and then we come out the other end and go, wow. It’s making us look at our own world differently.

And how much of the story is autobiographical?

I wasn’t always the soccer player, but what I did always do was bend the rules. I always pushed to get things my way. And my mum’s sole intention in life was to make sure I could cook Indian food perfectly: “If you don’t cook Indian food properly, it would reflect very badly on me and what would my mother-in-law say.” And yadda yadda. And so I had that very badly. To this day, I don’t cook chapatis because of the pressure put on me as a girl. I’ll buy them ready-made, you know, or eat them if someone else makes them. But I never make them.