Do first-time candidates stand a chance in the upcoming municipal election? | TRNTO.com
Skip to content 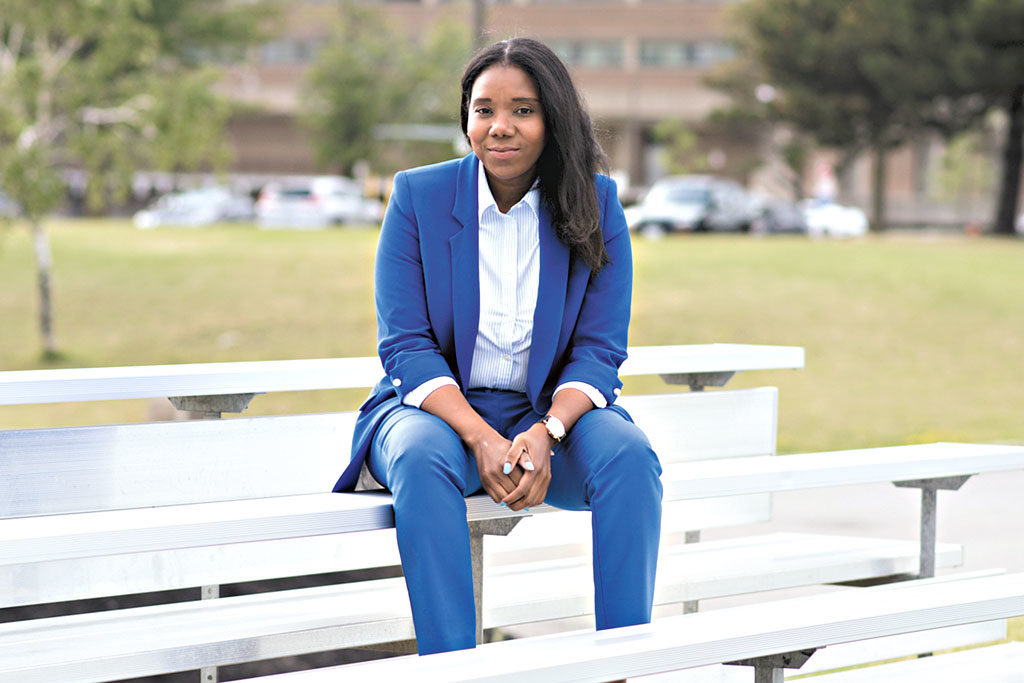 It was long before the cockroach comments made by local councillor Giorgio Mammolitti, and before the bulletproof-vested MPPs showed up in her neighbourhood for a photo op gone bad, that Tiffany Ford made the decision to run to become the next city councillor in her ward because nobody in power seemed to care.

To win, the 36-year-old would have to defeat Mammolitti, on the job for more than a quarter century.

If the 25-ward structure forced upon the city by Premier Doug Ford via Bill 5 remains in place after a court challenge scheduled for Aug. 31, she will also have to defeat Anthony Peruzza, who has held a variety of elected positions in the area over the last 33 years.

Is the system rigged against Tiffany Ford and others trying to make a difference?

Whether it is 47 or 25 wards, it is a serious uphill journey to defeat a sitting councillor in a municipal election, especially when some have been lollygagging in their cosy fiefdoms for decades.

Still, meeting Tiffany Ford, currently the TDSB trustee for the area, at Yorkgate Mall at the corner of Jane Street and Finch Avenue West, she brimmed with confidence.

“My whole campaign is about togetherness. I can’t do it by myself, and it’s not really about me. It’s not about Giorgio Mammolitti. It’s about taking this seat back for my community because it’s been neglected for so long,” she said. “We haven’t been growing with the rest of the city, and it’s really unfortunate. I can’t be here my whole lifetime and see no progress. There is no way.”

The day after the Ontario Progressive Conservatives shoved Bill 5 through the legislature, Ford received a hundred donations to her campaign. When she woke up the next morning, 10 more were waiting for her.

“That’s the most I’ve ever received in one day,” she said. “It was amazing.”

Progress Toronto is a new organization lobbying for a progressive government with an interest in getting new candidates elected come Oct. 22.

“It is very hard for a new voice and an under-represented voice to get on city council,” says Michal Hay, Progress Toronto’s executive director.

“We know that council does not currently reflect the city of Toronto. There are under-represented communities and people who have a different lived experience that don’t have the same power as those that sit on the council.

So, other people are making decisions on their behalf who might not understand what a commuinty needs.”

“I just care about my community, and I know I’m the best candidate.”

Currently, there are no term limits and no ranked ballots to open up opportunities for candidates with new ideas.

According to Hay, with 47 wards, there would be 13 seats available to new candidates, which represents a huge opportunity that may be lost.

And that’s too bad because it means we get the same old ideas applied to serious issues that are only getting worse: affordable housing, gun violence, transit and homelessness, to name just a few.

Ford has long known that, for changes to come to her neighbourhood, the community would need to bring them about.

She grew up attending  neighbourhood schools, and when she was elected, she managed to get much more money invested in local improvements than her long-serving predecessor could have imagined. And she did it by engaging students and having them advocate for change alongside her. That is the philosophy she wants to implement at city hall.

She knows what this neighbourhood — which suffers under a negative stigma that is overwhelming at times — needs to turn it around. She’s lived through gun violence. She’s been carded at her own door. She said she can even recognize what kind of gun it is when she hears gunshots.

“I just care about my community, and I know I’m the best candidate.”

One of the more serious issues facing the city is the safety of vulnerable road users such as pedestrians and cyclists. That is Ashley’s area of expertise, and he thinks he can help.

Robinson is a prominent member of the current council, and chair of the city’s public works committee, which happens to oversee the Vision Zero initiative for road safety launched in 2017.

“The reason I chose to challenge Jaye Robinson, first of all, was because nobody was challenging her,” he said.

“So I threw my hat in the ring to run against her. And that is the best opportunity to elevate the level of discussion around this (road violence) issue, which is also, within the ward, a major concern.”

Ashley is interested in looking at governance reform but said Bill 5 is the wrong approach because the opportunity for a new, more progressive Toronto will be lost.

“It silences and dilutes the progressive voices that were really going to bring about a new Toronto,” he said.

“It’s a consolidation of power and a brazen attempt to steal an election already underway.”