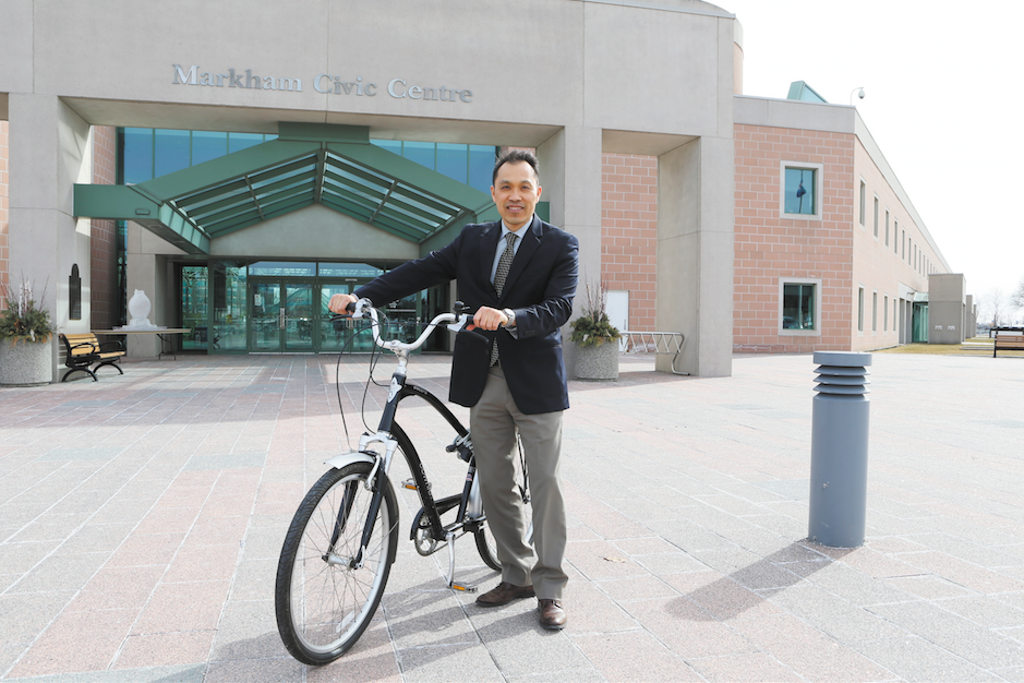 Due to a number of unsolicited bike share program proposals that Markham City Council has received over the last year, a feasibility study has been commissioned by Markham’s transportation department to see if a bike-sharing program could work in the municipality.

The study will look at the opportunities and challenges of such a program as well as the different options for bike share, including station-based (with docks, like the Bixi bikes in Toronto), dockless (where users pick up and return bikes anywhere, using a mobile app to pay and unlock bikes) and a combination of the two.

“We’re trying to understand what the demand is and what the types of bike share technologies out there are best suited for the type of potential demand that exists here in Markham,” said Loy Cheah, senior manager of Markham Transportation. “We think we have a relatively large network already in place. We have a network of 4.8 kilometres of cycle tracks, 90 kilometres of bike lanes, 37 kilometres of multi-use paths and trails and 256 kilometres of shared roadways.”

Markham is also in a unique position as a rapidly growing city with plenty of opportunities to create more cycling infrastructure as it continues to develop, he said.
Peter Miasek, vice-chair of citizen committee Cycling and Pedestrian Advisory Committee and cycling advocate in Markham, agreed.

“Certainly as new areas of the city are being developed, it’s being built with cycling infrastructure from day one, and that’s the better way to go. That’s the opportunity that we’ve got that some cities don’t,” said Miasek.

Ward 1 councillor Valerie Burke, whose area comprises Markham-Thornhill, said she would like to see more opportunities to engage residents in cycling, but she sees some challenges ahead in her ward.

“We’re a mature community, and the design of our community is car-oriented,” she said. “It’s frightening to ride your bike around here. It’s very difficult and challenging to retrofit [the roads] and make them safer for bikes.”

However, with initiatives like the new multi-use pathway on John Street, which is currently in preliminary design stages and will run along John Street from Bayview Avenue to Roddick Road, Thornhill will still be able to have some connected network for active transportation.

If the feasibility report reflects positively for this project, a 90-day pilot program for a bike share program could be initiated as early 2019.