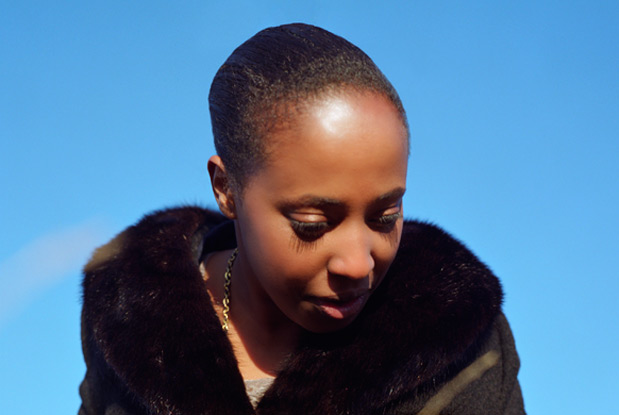 Al Spx is a mild-mannered 23-year-old Canadian singer-songwriter from Etobicoke, and her first album, I Predict a Graceful Expulsion, has just hit stores. Known around the world as Cold Specks, and already considered by many to be the next big thing in popular music, she is on her way to becoming very big, very fast. And she’s in town for a special show at the Danforth Music Hall on June 2 with Great Lake Swimmers.

Spx’s voice packs a wallop that demonstrates a depth of spirit that belies her young age. She’s a singer with a penchant for writing songs that somehow manage to combine historic chain-gang rhythms from the southern United States with a sparse, atmospheric soundscape that is very much a part of the 21st century.

When she walks into Rivoli in downtown Toronto for an interview dressed for a cold Canadian winter in a heavy black overcoat, it makes her seem vaguely spiritual. And it fits.

She grew up in a religious household, and although she doesn’t like to talk about it, it is impossible to miss. She grew up sharing her bedroom and often worked out her angst and inner turmoil banging out songs on an acoustic in the closet. Aside from a stint in a choir during childhood, she has no formal training. It is only thanks to a music and computers class that she realized the potential of her powerful voice. She practised non-stop at home and soon picked up her guitar and started writing.

“By the time I was about 21, I had a collection that I thought was decent enough to send to people, and I sent them to my friend Nole, who sent it to his brother Jim, and yeah.”

That “yeah” part is her decision to head to England to work on the record with now-manager Jim Anderson. The guy that booked her to perform two songs on the popular British talk show Later with Jools Holland officially launched the Cold Specks buzz machine. Her first single, “Holland,” was soon released on her Facebook page. Its haunting beauty could stop you in your tracks.

Spx has made a number of high-profile appearances, notably at South by Southwest in Austin, Texas, and Canadian Music Week in Toronto, and is currently on tour with Arts & Crafts labelmates Great Lake Swimmers. But her days as an opening act will soon be over.

Her music, dubbed “doom soul” — a catchphrase that she admits to pulling from her Facebook page after a few days, but it was too late and it stuck in a big way — has heavy spiritual overtones and drips with a person’s tortured battle over the big questions of God, self and why we’re all here. Her album is a snapshot of a moment in time.

“The songs on the record were written around the time when I was kind of questioning my relationship with God and questioning the big question,” she says, thoughtfully. “I don’t think I care enough to have an opinion about it anymore. I struggled with it for a very long time.”

Spx says she’s busy these days writing about “boys” and whatnot. The first song in her post-religious phase is also one of the most recently written songs on her album, “Hector.” Yes, a boy.

She may have left her religious struggles in the past, but she will surely have many new believers clamouring for another dollop of doom soul before too long.