Doug Ford's cheesecake recipe is classic, but here's where to find the best
Skip to content 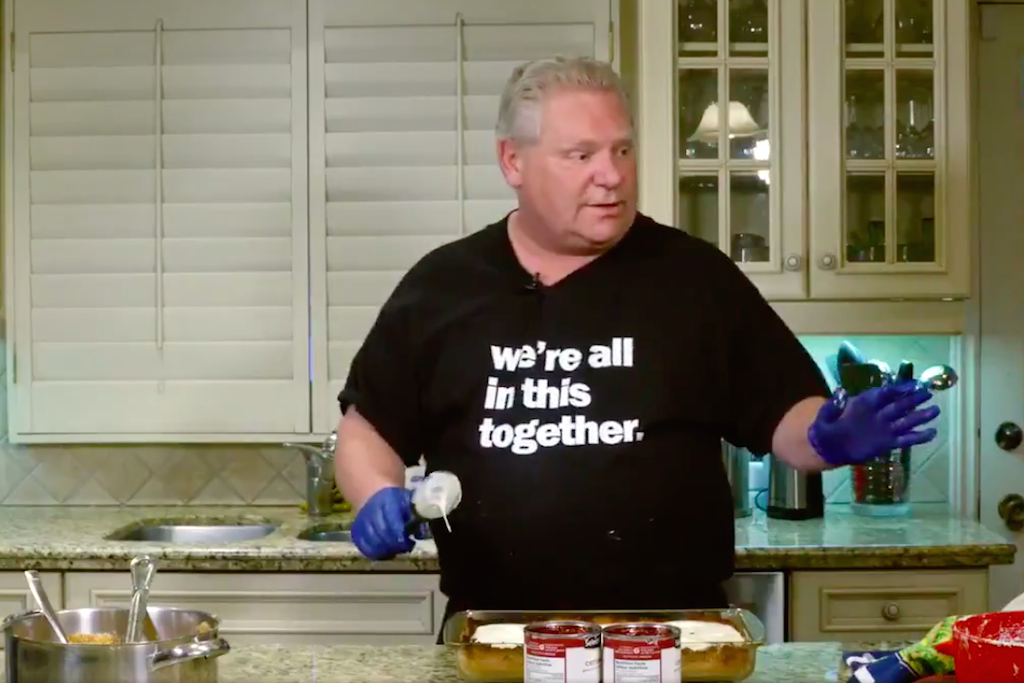 Premier Doug Ford has teased his much-ballyhooed cheesecake recipe for a couple of weeks and he has finally released it via social media this morning. The video episode called Cooking With Doug is just in time for a long weekend family baking project.

This long weekend try making my famous cheesecake! I’ve been making this recipe for years and it always brings back good family memories. Show us your #OntarioSpirit and share your baking videos! #cheesecake #washyourhands pic.twitter.com/sfA9K4epki

“I learned this recipe years ago off my mother when I was 10 years old, and I just had it kind of memorized. She made such an awesome cheesecake and she learned the recipe off her sister, my Aunt Wendy,” chef Doug explains in the video.

The cheesecake is fairly standard including cream cheese and icing sugar filling and whipped cream on a graham cracker crust with cherries on top. But the premier is proud of his culinary talent, or at least his appreciation of cheesecake. 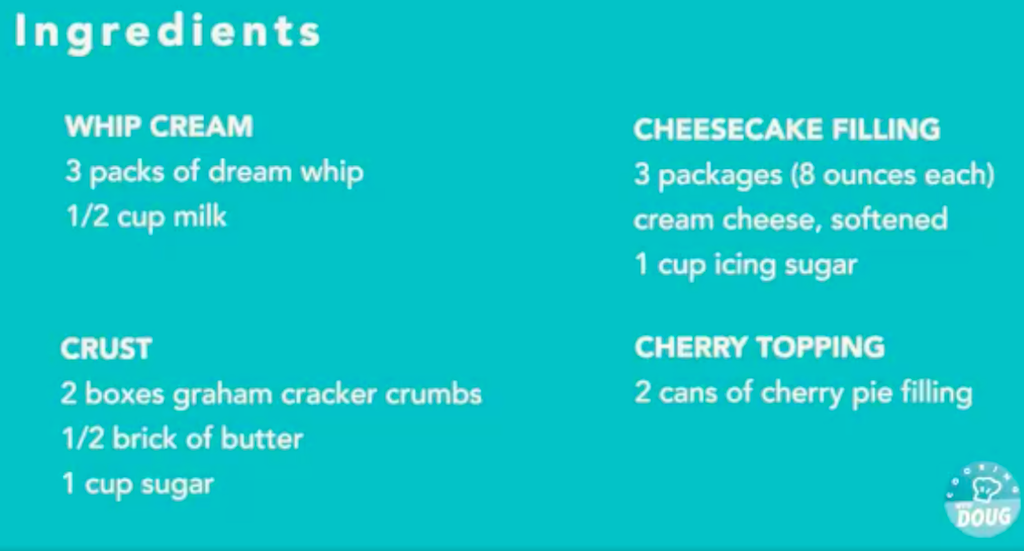 “If I wasn’t premier I’d open up a Cheesecake Factory,” Ford says, at the conclusion of the video.

Of course, if one has a cheesecake craving this weekend, there are alternatives available from some of the finest bakeries in the city. Last year, TRNTO.com had chef Mark McEwan test the best we could find in the Toronto area.

The winner was a certain dolce du leche gem found at Phipps Desserts, which has been a staple of the dessert scene in Toronto for decades.

Check out the results here.