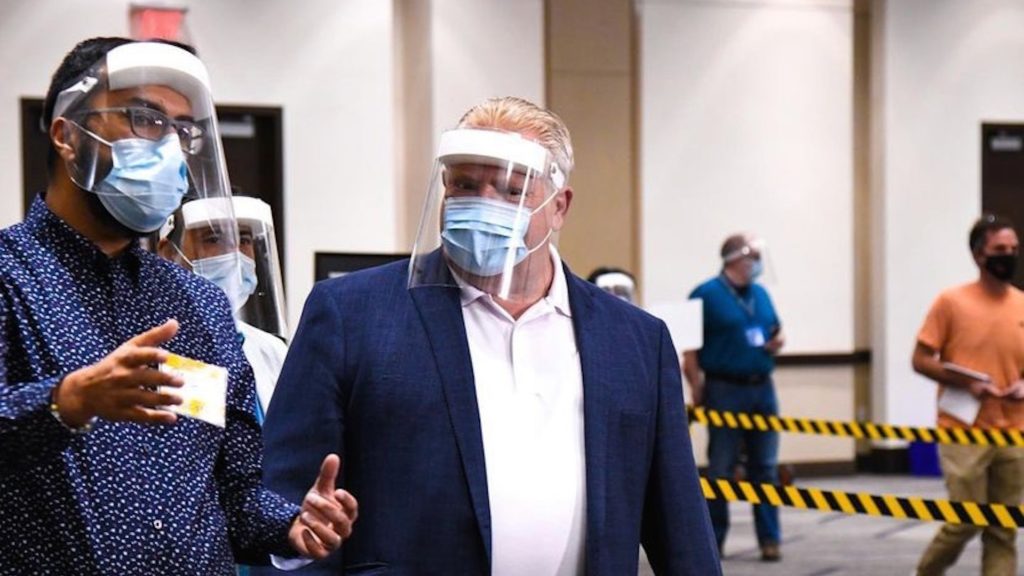 Summer camps will open back up this year, according to Ontario Premier Doug Ford.

Ford made the surprise announcement at a mass vaccination clinic in Mississauga on Sunday.

“The more people that can come out [and get vaccinated], the quicker we can open up. We are going to open up very, very soon. And I have to say one thing about the summer camp. July 3 is usually the time they open. They’re opening up this year because of the great work that these people are doing,” said Ford.

Ford did not get into the details of how or when the reopening will take place but a spokesperson from his team did clarify that more details are to come before June 2, when the current stay-at-home order expires.

A media report confirmed with a member of the Ontario Camping Association COVID-19 Taskforce that the news applied to both overnight and day camps.

Mark Diamond, a member of the taskforce, told CP24: “The premier actually left me a message confirming that both overnight and day camps would be open this summer. The caveat for any camp director or for the government is that as long as cases continued decline the way they are, and things are under control.”

The announcement comes as a victory for many pediatricians in Ontario.

Last week, over 1,500 pediatricians in Ontario penned an open letter to Ford begging for summer camps, daytime sports and other programs to open for children.

“With a stroke of a pen this summer, you can give Ontario’s children a ray of sunshine to give them hope for a better future,” they wrote.

Here is the a link with more information about the announcement: https://t.co/zQSVVyJa05 https://t.co/nGALNbb3Vq

The group explained that summer camps help “our most vulnerable children” who are facing greater depression, anxiety, behavioural disorders and other mental health issues during COVID-19.

They also cited socioeconomic factors, and obesity from the sedentary lifestyle of online schooling, to be key issues that can be addressed through summer programs.

“These programs foster and help develop positive peer social interactions. They also help alleviate stress for disadvantaged families who have been disproportionately affected by the pandemic,” read the letter.

According to their letter, over 40 per cent of campers in Ontario come from disadvantaged homes, and 80 per cent of those campers use a financial subsidy to attend programs.

They closed their letter saying there are “no medical or other reasons to delay [opening summer programs] further” and that groups like the Ontario Camping Association have worked with Public Health to create safe protocols for summer.

The Ontario Camping Association responded on Twitter saying that they are “thrilled by Premier Ford’s announcement that camps will be open this summer in Ontario.”