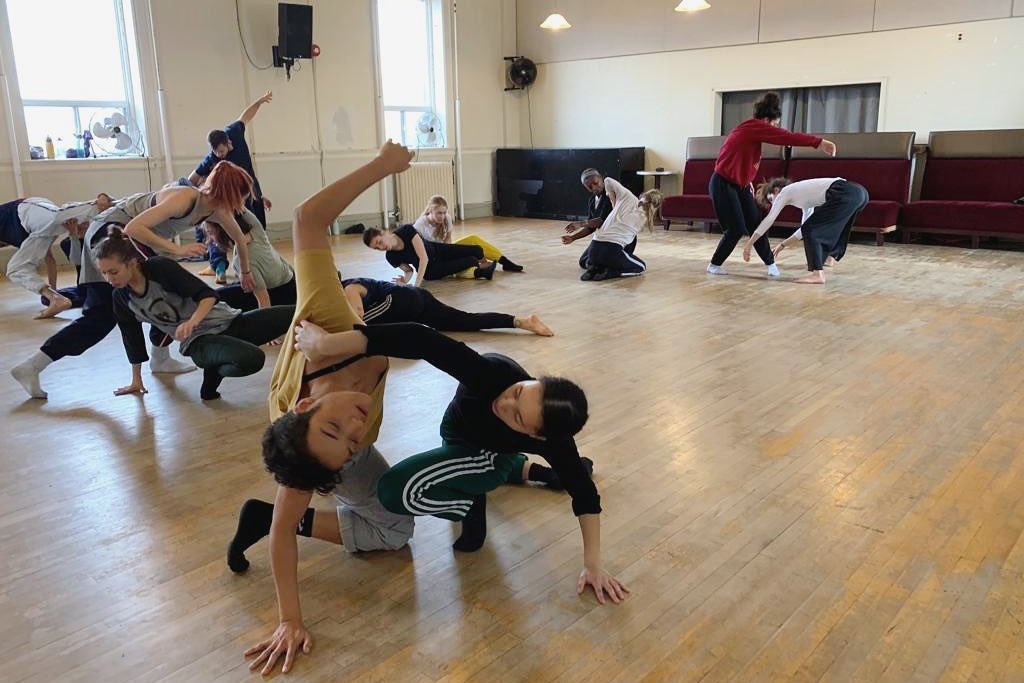 Although the federal government finally got around to doling out support for the country’s artists and culture infrastructure, support didn’t come soon enough for the long-running arts centre Dovercourt House in Toronto.

Dovercourt House, a hub for the city’s dance community, was built more than a century ago as a fraternal lodge. It later evolved into a space for everything from prayer to political campaigns to wedding receptions. In 1999, a new buyer renovated the space and, in 2001, its resident companies helped make it into what we know today — an event and development venue for numerous dance companies, classes and workshops.

It’s been the full-time home of princess productions, CORPUS and Kaeja d’Dance — three of the seven resident companies that originally helped establish it as a dance centre over the last 21 years. By day, the building’s sprawling ballrooms allowed the companies to develop their routines, many of which they’ve toured around the world. By night and on weekends, the space served as a centre for social gatherings and classes.

Fostering a love for any kind of dance, Dovercourt House hosted those practising everything from swing to salsa to tango, along with yoga, capoeira and art therapy. On each of its three floors, at any given time, hundreds of dancers could be partaking in different styles, connected by their love for movement and music.

Community groups and artists have come to depend on the hub over the years as not just a work space, but a social, unifying one.

Closed for much of the past year due to the pandemic, according to a press release issued March 4, the former leaseholder was able to secure assistance through the Canada Emergency Commercial Rent Assistance, through which the landlord agreed to accept reduced rent. However, instead of approaching the current tenants to negotiate a rent increase, the landlord recently secured a new leaseholder who is no longer interested in continuing with the building’s current method of use. The tenants were not informed, either, of there being a new leaseholder. However, they are all currently in discussion in an effort to “smooth the transition period.”

“Naturally, we are still in shock and sad, and we are understanding of the building owner’s right to maximize the return on his investment,” says Yvonne Ng, the artistic director of princess productions. “We are also grateful for the new lessee and their willingness to work with us on a long transition. The Dovercourt House community has a bifurcated nature, and we work symbiotically.”

It’s a considerable setback for the centre’s resident companies, which not only offered stable revenue but, in their early days as tenants, secured several Ontario Trillium Foundation grants to make long-lasting renovations that helped make it such a memorable space in the city.

“We have poured energy, care and love into this wonderful building,” said David Danzon, artistic director of CORPUS, in a statement. “These studios have allowed us and other members of the dance community, to build relevant and successful local and touring works, while deepening our art forms. Losing the Dovercourt House is an absolute major blow, not just for the three companies that have made it their permanent home, but to the arts community at large. ”

It is also a cause for concern over the short-term future for Toronto’s arts and culture community, with, for instance, Dancemakers having also announced that it will be closing its studio doors.

“The Dovercourt House was a creative home that provided stability for the inspirations of the resident companies,” says Karen Kaeja, co-artistic director of Kaeja d’Dance. “For two decades, the crossover of professional practices and activity in the building facilitated a sense of belonging and consistency. Affordable, large, open reliable space in the city is a scarcity. Dance companies are being chased out. Having to move out of the Dovercourt House is tragic and the Toronto performing arts community will indeed feel a huge loss.”

Ng noted that the resident companies had their first formal meeting earlier this week and “will be working towards the future.”