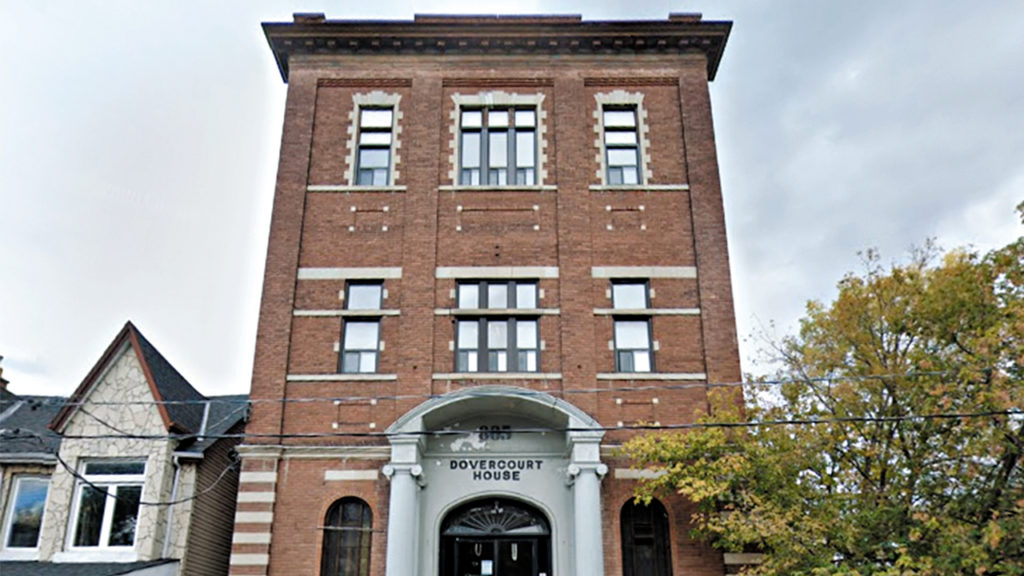 Toronto arts hub Dovercourt House in the Annex may soon be on its way to achieving heritage protection.

At a meeting of Toronto and East York Community Council scheduled for April 21, community council was set to consider a request by councillor Ana Bailão that the city’s heritage staff research the property located at 805 Dovercourt Rd. for inclusion on the City of Toronto’s Heritage Register.

“There’s architectural significance, and I think there is historical significance from the history of the neighbourhood,” said Bailão. “This has been a synagogue back in the day and lately has been home to several artistic dance groups. It was the Royal Canadian Legion branch, so it has been a really interesting part of our community, so I wanted heritage staff to take a look at it.”

According to a press release in March signed by numerous artistic dance groups who used the space, the building’s landlord had secured a new leaseholder who did not plan to continue with the building’s current usage.

According to Yvonne Ng of Princess Productions, the group had a couple of discussions with the new head tenant about potentially being able to continue working at the space, but nothing has come of it as of yet.

“They were never great in keeping up with communications and for the last month or so just radio silence,” said Ng. “We’re still waiting to hear from them.”

“I haven’t been approached by the owner or any new leaseholder. I just want to make sure that we take a look at these things,” said Bailão.

Bailao drew parallels with the Paradise Theatre in Bloorcourt village.

“Same thing happened with the Paradise. When it changed ownership, and we kind of didn’t know what the plans were, we asked heritage to look into it right away. And at the end of it, they worked with the new owner, and we were very fortunate to be able to preserve the theatre and have a great facility there,” said Bailão, who said she is unaware of any current plans for the  Dovercourt House site by the owner or leaseholder.

“I just want to make sure that before anything happens we let everybody know that we’re looking into this, that we’d like to preserve the heritage and history of the community. So we’ll be looking at the building.”