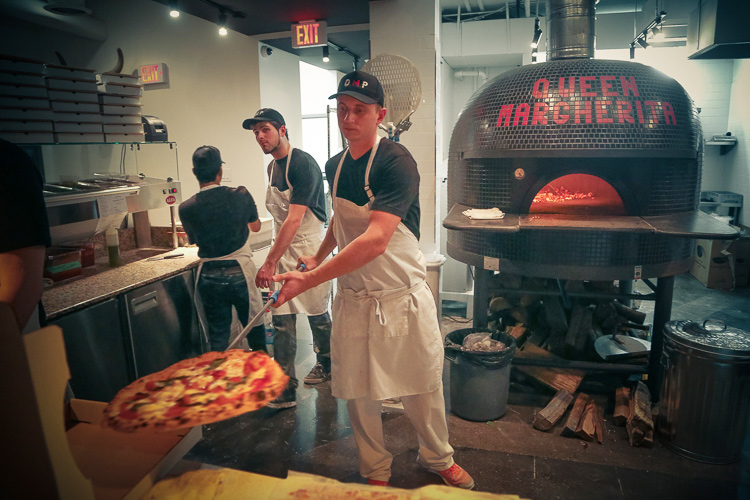 For the last two years, the Queen Margherita Pizza empire has expanded with new locations in Dundas West and Baby Point.

The owners, John Chetti and Rocco Mazzaferro, also partnered with ex-Langdon Hall chef Jonathan Gushue to work on a two-restaurant project in the Financial District. The concept would include a Queen Margherita location and a Canadiana-meets-Italian themed restaurant. 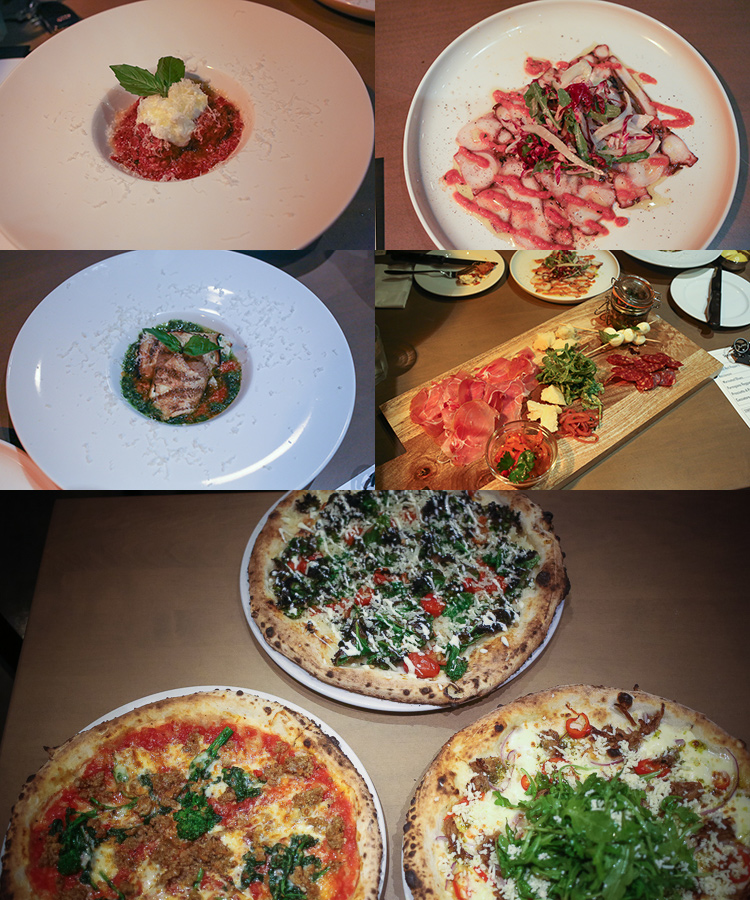 As well as pizza, the downtown QMP will have a menu featuring casual Italian favourites.

Seems plans have changed, Gushue is now planning to open a new restaurant in Kitchener according to CBC. Originally delayed by construction and permits, Chetti and Mazzaferro are still moving full steam ahead with their Financial District plans.

“We’re not involved with Gushue, his contract expired, and we’re working on opening the two restaurants very soon,” Chetti said. “The first will be everyone’s favourite, a Queen Margherita Pizza, along with a second Italian restaurant.” 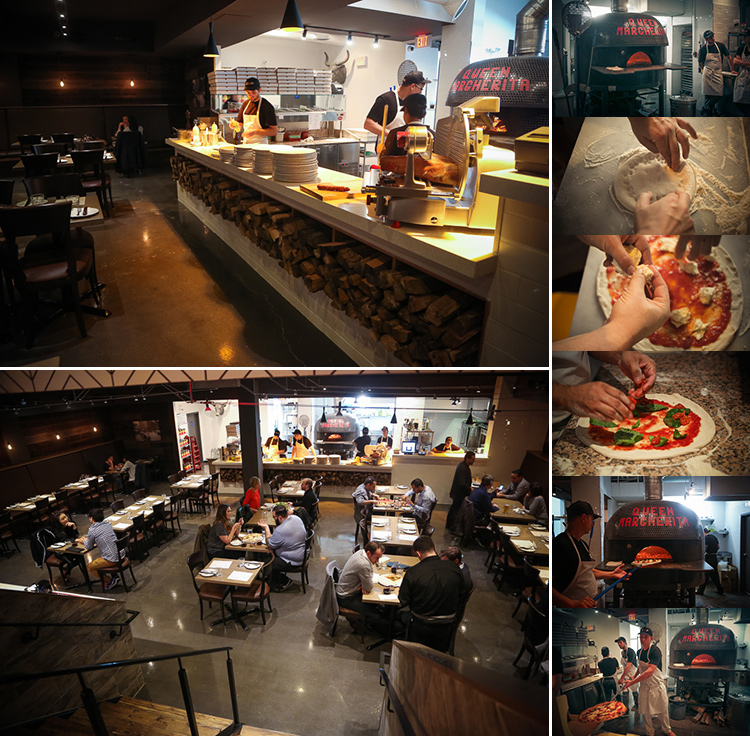 The interior of the Dundas West QMP location.

The second restaurant, which remains nameless for the time being, will feature rustic casual Italian fare to complement QMP. “This is the biggest project we’ve ever undertaken. It’s massive, it’s been very challenging,” Chetti said. The Dundas west location of QMP was the first to feature a snack menu with items like stuffed eggplant with ricotta, octopus carpaccio with romesco sauce, nonna’s meatballs. It may be an indication of what we can expect at the new restaurant when it opens.

Chetti explained that although there were initial setbacks with construction, both restaurants are expected to open between August and October of this year.