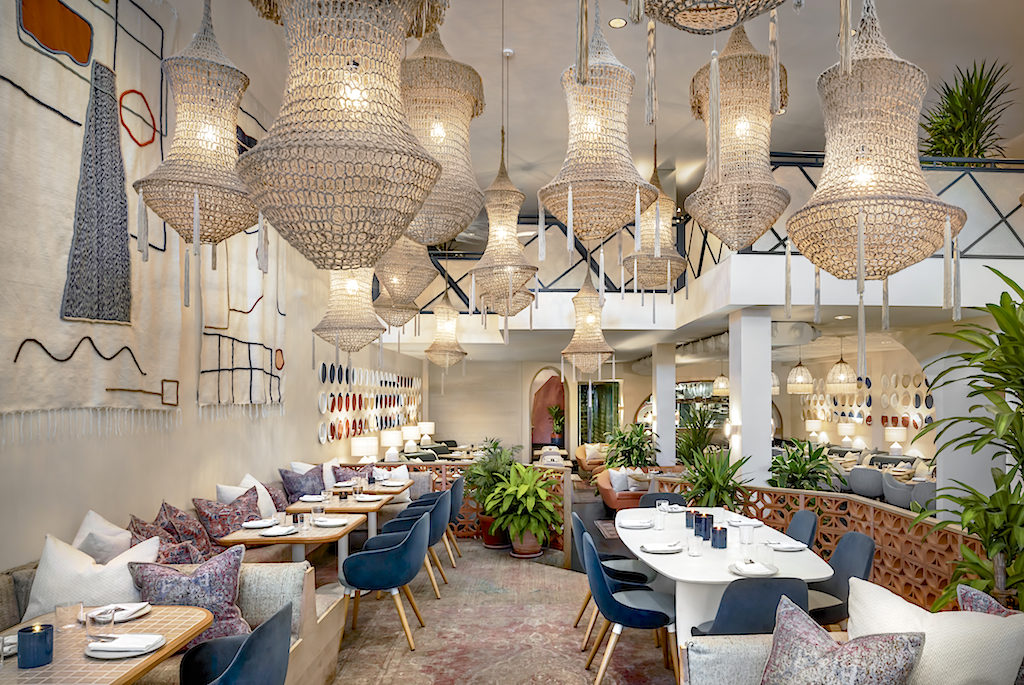 Last year it become apparent that several downtown restaurateurs were getting the itch to head north.

It began with the expansion of Bar Buca at Yonge and Eglinton, and continued when Byblos quickly nestled into the space that North44 once occupied.

Then came the movers and shakers. Victor Barry found a comfortable spot at Mount Pleasant Road and Manor Road East for Piano Piano North; The new Buca project found a home in the Yonge and St Clair expansion; and Stock T.C., a Terroni and Cumbrae’s collaboration, went for a historical venue with a 20,000-square-foot curated space in Postal Station K.

“The city has been expanding beyond the downtown core for a long time,” says Rob Gentile, partner and chef director at King Street Food Company and executive chef of the Buca group.

“Ten years ago, what was considered the city centre is now vastly different. Naturally, as the population grows, development then grows, and vibrant communities pop up everywhere, including north of Bloor and beyond,” says Gentile, who aims to create a family-friendly atmosphere in his midtown locations to encourage guests to feel comfortable, “as if they’re dining at home,” he says.

The nightclub developer turned hotel mogul and restaurateur says, “Byblos North is located in a neighbourhood of families and couples, and we want to accommodate them.”

He also says, “The downtown energy is more brashy. Byblos North sees a lot more families and earlier reservations. It’s different up here, as it should be. Large groups feel very comfortable because of the design, layout and our extensive kitchen. We can make changes to dishes or meet special requests.”

Which is something new for downtown natives who rarely cater to the sensitivities of children and more difficult guests.

The consideration of early bedtimes and child-friendly options may seem like a turnaround for the global hospitality powerhouse who  made his mark on our city with Cabana Pool Bar, Figo, La Société and Patria, along with his ventures in Montreal, Miami and Dubai. But Khabouth insists that Byblos North carries the same commitment to excellence and innovation, even if the diners don’t stay out as late as on the King Street scene.

Doug Penfold, the chef-proprietor of Cava, Chabrol and Atlas, also has been making moves, but his are southern bound. After 13 years at Yonge and St Clair, Cava, the beloved Spanish tapas bar, is shutting its doors and a new, expanded version of Cava is set to open in the financial district by early 2020. Penfold argues that operating a downtown spot might be more challenging than uptown. “Most of the differences are the obvious ones: rents and staffing needs are bigger downtown, deliveries are more challenging; greater competition,” he says. “There’s a huge population boom outside of the downtown core. It’s a great opportunity  for operators  and entrepreneurs. I think, in this day and age, the challenges come back to proper concept for area, commitment to service and food standards and labour management,” says Penfold addressing the more general issues involved in owning and operating a restaurant.

Khabouth agrees that convenience was a major factor in choosing to move uptown, especially during the winter months, when just leaving the house becomes a hassle.

“When I first mentioned the move to clients coming from the north, they were so excited that they wouldn’t have to fight traffic or hunt for parking,” said Khabouth.

For others, expansion is just in their DNA. Take Terroni’s Cosimo Mammoliti. His ever-growing empire houses three Terroni locations in the city, as well as two outposts of the bakery Sud Forno, La Bettola di Terroni, Bar Centrale and two Terroni locations in Los Angeles. Mammoliti also runs Cavinona, a successful wine agency,  as well as La Bottega Di Terroni, an imported fine goods store, which runs out of the restaurants and online. For his latest iteration, Mammoliti has partnered up with longtime friend and owner of Cumbrae’s, Stephen Alexander. Together they will open Stock T.C., a unique dining and grocery experience where relaxed dining meets high-end food sourcing.

“We want to offer it all under one roof,” says Mammoliti. “From morning coffee and cornetti, breakfast and pastry that evolves into lunchtime. You can grab and go or get a table upstairs, and then visit the butcher, the baker, get vegetables or a whole lasagna — still hot from the oven — and take it home.”

The neighbourhood allows for a larger community aspect that both Terroni and Cumbrae’s try to emulate in all their ventures.

Longtime uptown dwellers Oliver and Bonacini are looking toward the fall when Babel, a Mediterranean spot in the York Mills plaza, is slated to open.

President and CEO Andrew Oliver says, “No matter where we open, we will always need to read the neighbourhood and understand what our guests are looking for.”

With lower alcohol sales in family neighbourhoods and fewer seatings due to midtown sidewalks rolling up around 9 p.m., it will be interesting to see how these downtown restos fair in their new digs. Who knows? After spending years catering to a downtown crowd, impressing midtown diners might be tricker for these moguls.