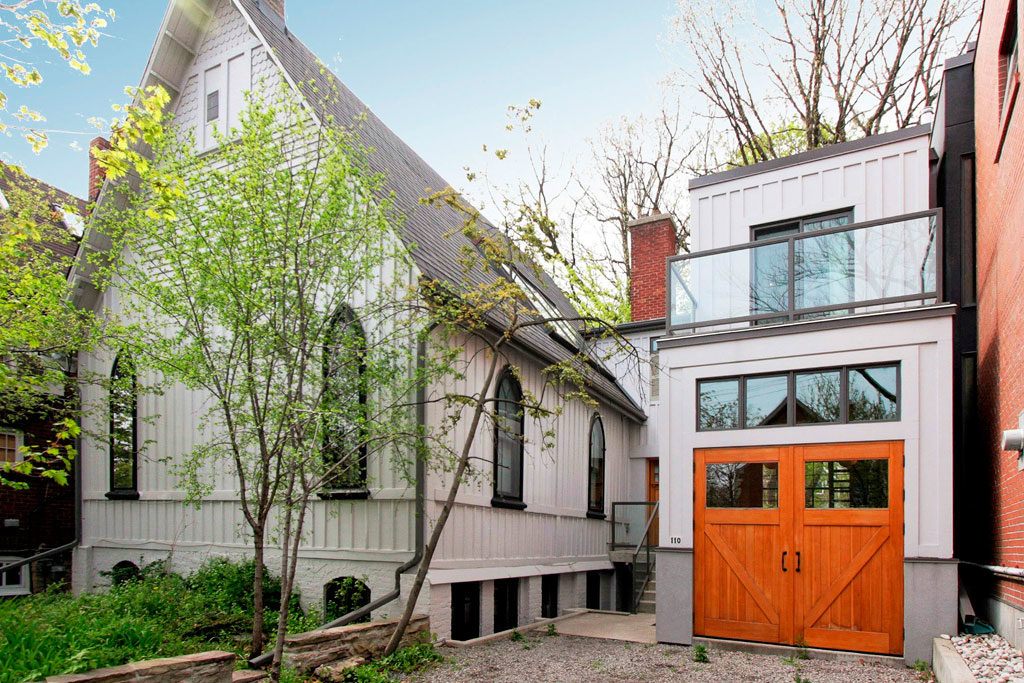 A SCULPTOR’S STUDIO IN MOORE PARK
Built in the 1850s as the schoolhouse for Deer Park United Church, the two-storey building at 110 Glenrose Ave. was converted into a home and studio for two prominent Canadian sculptors, Frances Loring and Florence Wyle. The two made it a centre for Canadian art and hosted many well-known artists, including members of the Group of Seven. The home has now been put up for sale by the current owners, who purchased and restored it in 1972 and are only the third owners of the property in 160 years. The historic home has two bedrooms and three bathrooms with many of its original features still intact. It has been designated an Ontario Heritage site and is on the market for $4.2 million with Royal LePage J & D Division, Brokerage. 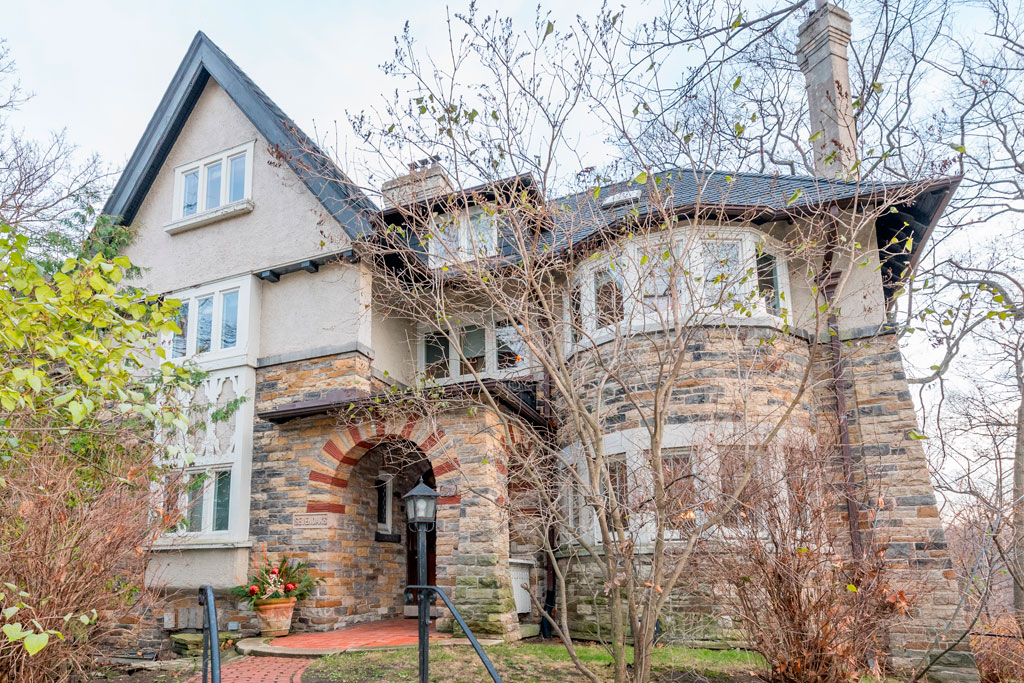 A PRIME MINISTER’S MANSION IN ROSEDALE
The property at 57 Castle Frank Cres. was constructed in 1910 and designed by Toronto architectural firm Chadwick & Beckett. In 1927, the property was purchased by Sir Arthur Meighen, where he resided during his two appointments as the prime minister of Canada. He continued to live at the address until he passed away in 1960. The house is considered to be a great example of the Tudor Revival style popular in the early 20th century and is now referred to as a neighbourhood landmark by the Toronto Historical Board. The three-storey residence has seven bedrooms, six bathrooms, 4,200 square feet of living space and overlooks the Rosedale Ravine. It is on the market for $4.675 million with Milborne Real Estate Inc., Brokerage.