Here is what you need to know about all the drive-in movie action in Toronto this summer | TRNTO.com
Skip to content 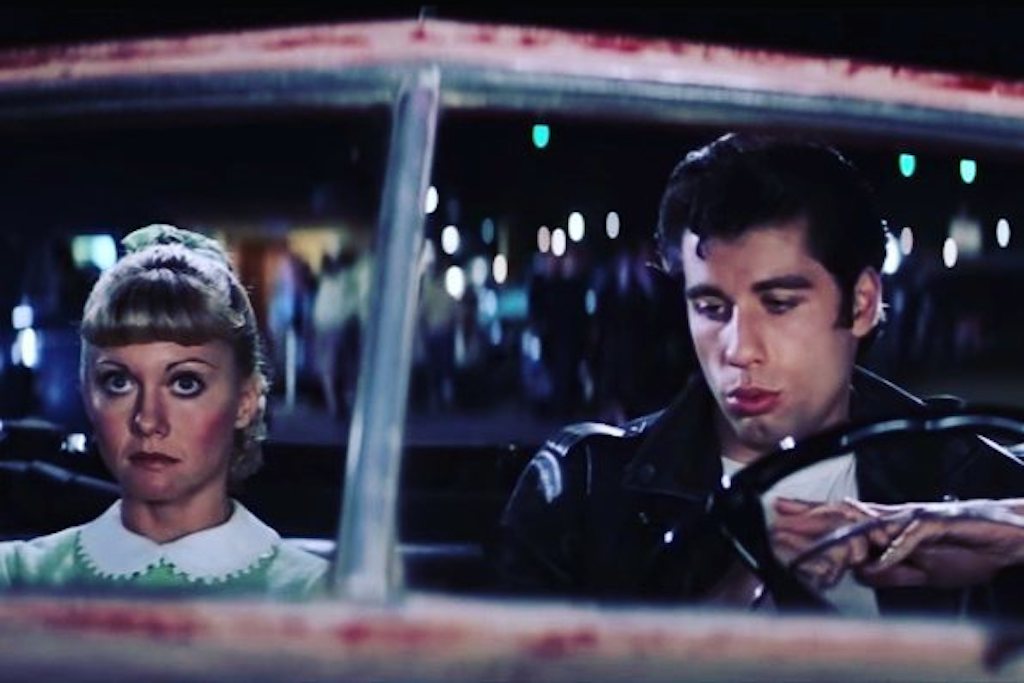 Just last year, the death of the drive-in movie theatre was just around the corner. But, not this year. Now, there are drive-in style movie experiences popping up all over town.  Numerous parking lots and parks are hosting makeshift drive-in movies complete with snack delivery. There is even a new drive-in opening soon that will feature concerts and movie nights. If you’re looking for a great date night option (or somewhere to bring the kids), here is the lowdown Toronto’s drive-in summer 2020.

The Lavazza Drive-In Movie Festival will happen from July 20 to July 31 at Ontario Place. This festival is a combination of the Italian Contemporary Film Festival and CHIN Radio/TV and will include movies from around the world. Specifically, the festival will feature films from the countries hardest hit by the current pandemic including Italy, Russia, China, France, the UK, USA, India, and Canada. Pizza Nova will also be present and delivering contactless snacks to carfuls of movie lovers. To make sure everyone stays safe, cars must be parked two meters apart, no snacks can be exchanged between cars, washrooms are provided but are restricted to one person at a time, and standing outside your car is prohibited. Movies start at 9 p.m., but it’s recommended that you arrive up to 60 minutes ahead of time to reserve a good spot (larger cars and trucks must park in the back rows). Tickets can be purchased online.

Stage construction is coming along great. Grand Opening next week! Visit our website for a long list of Frequently Asked Questions and ticket info. 🚙🚗🚙🚗🚙🚗🚙🚗🚙🚗

If you’re familiar with Polson Pier’s famed nightclub, you’ll know exactly where to catch a film or concert this summer. The club is building a new drive-in theatre directly across the street called CityView Drive-In. The new venue will include movies, concerts, and other drive-in events and will accommodate more than 200 cars providing a safe entertainment option for residents. There’s no word yet on what movies will be screened, but construction at the site has begun and there have already been three concert announcements including the first on July 16 featuring the band Monster Truck.

Downsview Park has been hosting Friday Night Lights movies under the stars for a number of summers now, but there’s a slight change this year. Instead of grabbing a spot on the grass, movie seekers can now drive into the park’s new drive-in theatre. Movies screened at Downsview will celebrate Canadian filmmakers that played a large part in blockbuster films. Films start at dusk (around 9 p.m.) every Friday. Upcoming dates include July 24, August 7, August 21, and Sept. 4. Vehicles without a prepurchased ticket will not be permitted to reserve enough space for physical distancing. No snacks will be available at the park so bring your popcorn and soda with you — just don’t count on sharing snacks between two cars as exiting your vehicle is prohibited as are motorcycles and convertibles. Portable toilets are available on site but will not be cleaned between users, so make sure to bring hand sanitizer. 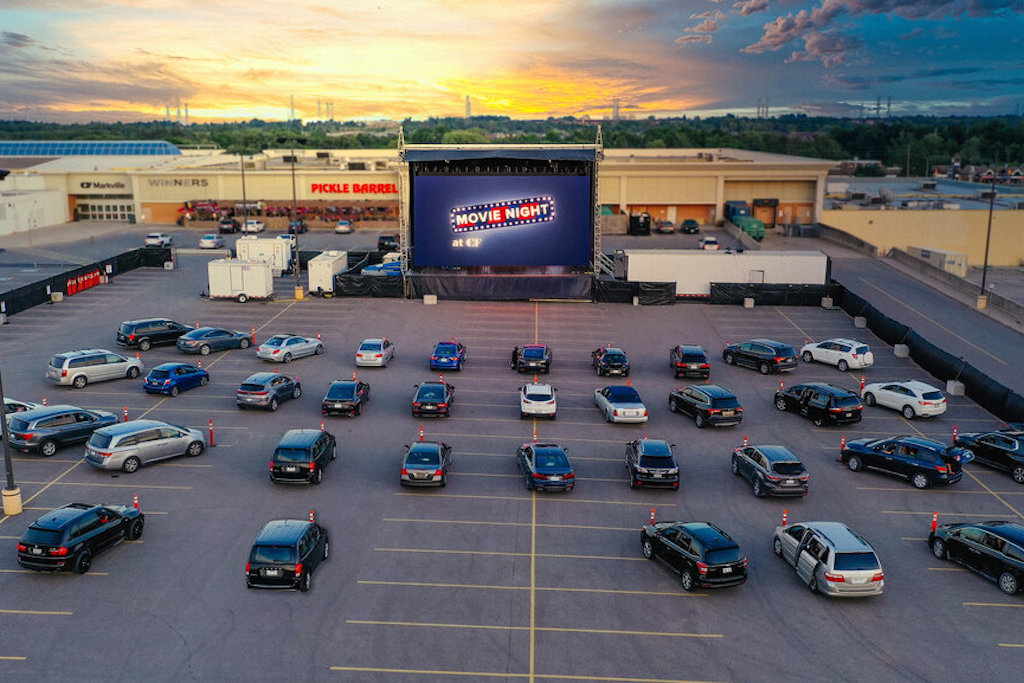 In Markham, Ontario, Cadillac Fairview has just launched a new program called “Movie Night at CF.” Cars can park in the mall’s main lot to watch movies on a big screen. The program kicked off on June 26 and 27 for frontline workers, newsletter subscribers, and mall employees. Kernels popcorn was delivered in individual bags to cars, and moviegoers had the chance to kick back and relax while watching the big screen. The company hopes to bring its movie programs to other properties such as the Shops at Don Mills in Toronto shortly.

Hello Folks, The 5drive-in is back with a bang. Come out with the family for an amazing weekend of food, laughter and of course incredible movies.

And then, of course, there is the only legit drive-in movie theatre left in the GTA: Oakville’s 5-Drive-in where a steady stream of classics such as Jaws and Ferris Bueller’s Day Off are currently playing nightly along with select new films. Takeout concessions are also now open at the drive-in, so no outside food is allowed.