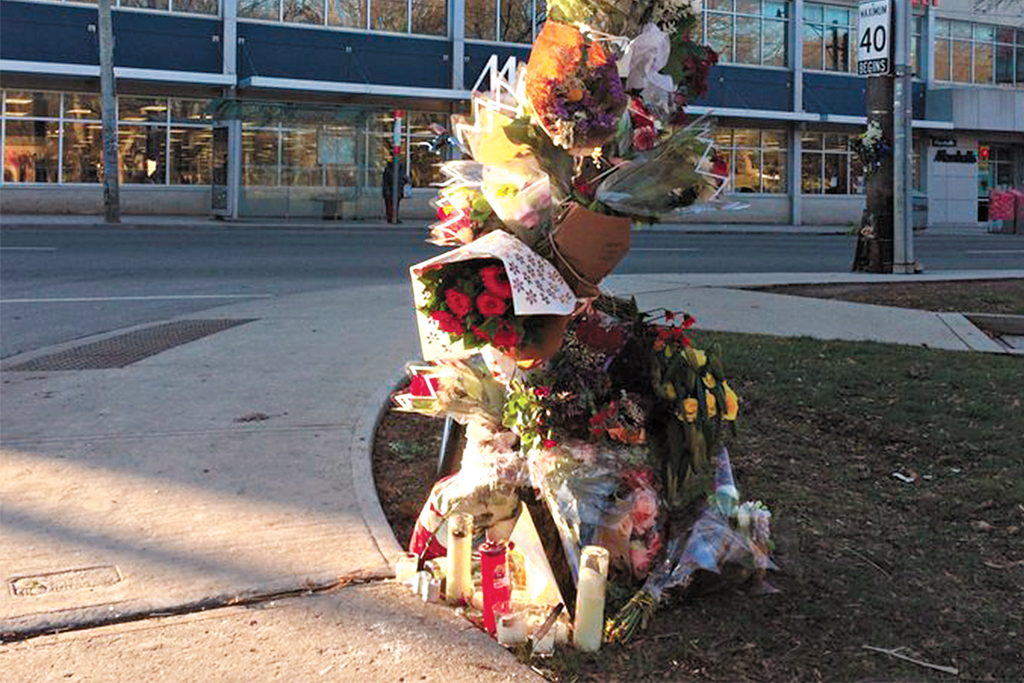 Toronto City Council has adopted a motion directing city staff to explore ways to improve safety near Dufferin Mall following the death of a cyclist.

The motion, introduced by Ana Bailao, city councillor for Ward 9, was seconded by Mayor John Tory. It asks city staff to co-ordinate and expedite all studies and traffic reviews along Dufferin, including a bus priority route currently under consideration, and ensure that the reviews contain safety considerations for pedestrians and cyclists.

The motion was adopted by council last month after receiving the two-thirds vote required to waive referral to Toronto and East York Community Council. The motion directs the general manager of transportation services, as part of the review, to consider expediting measures in areas where early implementation could occur.

Actions being proposed, reviewed or already approved that could be expedited include red light and speed enforcement cameras along Dufferin, a guard rail at Davenport Road and Dufferin and a traffic signal at Dufferin and Geary Avenue. The motion also calls for Toronto Hydro to conduct a street light assessment.

The motion was amended shortly before coming to council to include a request that staff explore the feasibility of protected bike lanes along Dufferin.

“Cyclist and pedestrian safety is a paramount concern which requires further expedited attention as various reviews are ongoing with respect to improving safety and public transit movement on Dufferin Street,” reads the preamble of the motion. “It is critical that these reviews are co-ordinated in view of the pressing safety issues involved so that all proposals to improve safety on Dufferin Street are considered, reviewed and implemented in an expedited manner.”

The motion comes after the death of 23-year-old Alex Amaro, a Ryerson University student who was struck by a cargo van while cycling south on Dufferin at Sylvan Avenue just before 6:30 p.m. on Dec. 2.

After being struck by the van, Amaro was knocked into the northbound lane where she was struck by a second vehicle.

and give the city a lot of opportunities to address the very real safety dangers that are on arterials like Dufferin,” said Michael Longfield, interim executive director of Cycle Toronto, a non-profit organization that advocates for cycling safety in the city.

Although Longfield said any traffic-calming or speed-reduction measure that would make Dufferin safer for all road users is a good thing, he would ultimately like to see protected bike lanes along the street.

“Cycle Toronto always supports protected bike lanes, especially on arterials. It’s, I think, at the end of the day, the only way to make a street like Dufferin safe for all ages and abilities to cycle on,” said Longfield.

He is also in favour of the acceleration of the proposed bus lanes on Dufferin.

“Often you see, with this sort of thing, is it can be a traffic-calming measure for all vehicles and ensuring Dufferin becomes a better street for people to choose alternative ways of travel so they don’t have to rely on cars,” said Longfield.

“Our preference is always to have protected bike lanes on a street like Dufferin so that is something we certainly support, but knowing the city is also considering other measures that can help Dufferin move better and be safer for all road users is also very encouraging.”