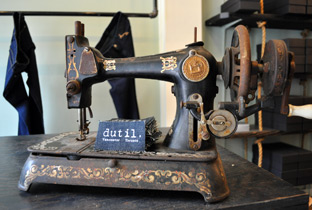 After five years of serving the denim-loving public exclusively in Vancouver, Dutil Denim finally opened its second store last week in Toronto. The store is the latest in a string of out-of-province labels that are feeling the love on Queen Street West. “We feel very welcomed in a city that feels like our big brother,” says co-owner Eric Dickstein. “People are continuously coming in and letting us know how excited they are that we’re here.”

Having formed Dutil into an influential destination for premium denim in North America, Dickstein says he and co-owner Darrin Kenigsberg love denim for its “durability, diversity, and timelessness,” as well as for “its ability to cross every social economic class in the world.” And they’ve definitely addressed the Toronto consumer (whom Dickstein calls “dressy”) when planning the store’s opening.

The cooler and drier climate of our city factors into the selection of denim washes and weights, but for the most part, the styles are the same as they are at the Vancouver counterpart. When it comes to popular styles this season, it seems like anything goes: from distressed jeans, like those from Denham and PRPS, to the clean and raw look, like the skinny jean from Dutil’s own Quintessential Series.

As for why jean lovers should choose their store, Dickstein says it all comes down to the denim’s “aesthetic, fit, quality and truthfulness.” 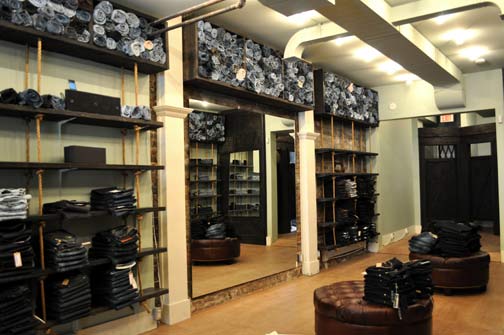