CBC's Dwight Drummond on meeting his wife on the set of Cityline | TRNTO.com
Skip to content 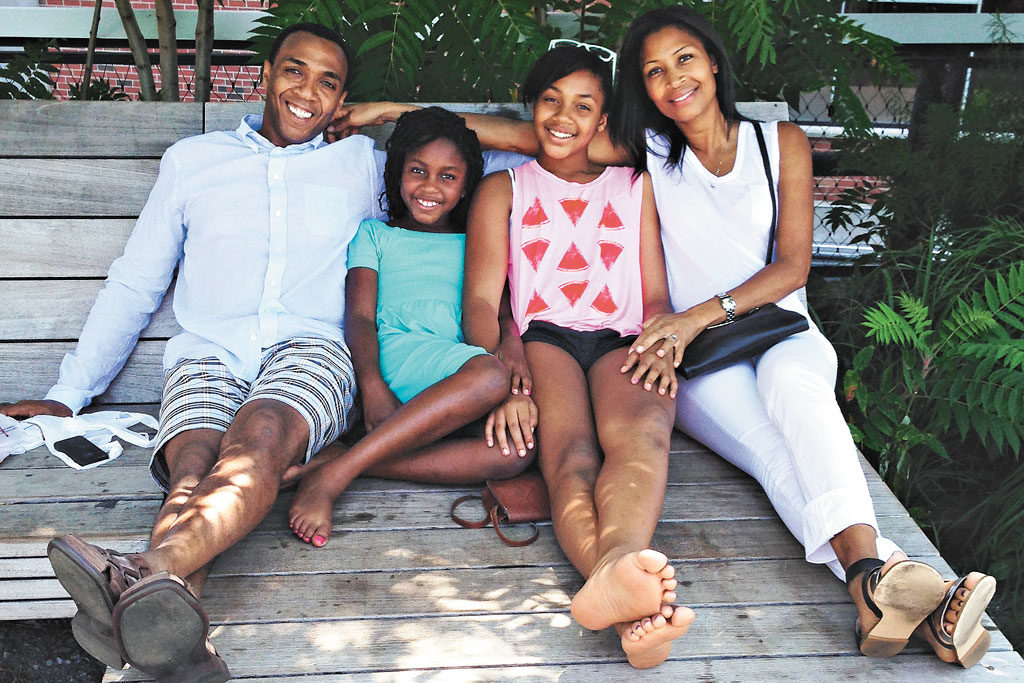 When Dwight Drummond, anchor of CBC News Toronto first spotted his wife Janice, she was the one in front of the camera instead of him. Over the past years of their relationship, the camera may have turned, putting Dwight in the spotlight, but the couple says not much else has changed in their lives except for the addition of their two daughters. They’ve continued to share a home near St. Clair and Bathurst and have called the community home for over a decade, saying they love being able to live in the city with quick access to downtown.

I first spotted her while I was a cameraperson, and she was modelling on Cityline, back when Marilyn Denis was the host. She didn’t notice me behind the camera, but I sure noticed her. When I saw her out at a charity fundraiser in Yorkville, I asked a mutual friend to introduce us. I gave her my number, and she didn’t call me for two months. I had given up by the time she finally called and explained she had been out of the country. I was so happy she called I didn’t care how long it took.

We went out the weekend right after she called me. I wasn’t taking any chances she might disappear on me again. We went to the jazz club Top O’ the Senator on our first date. Liza Minnelli was sitting at the bar that night.

After we got together, we were pretty much inseparable. We became friends who just happened to also be in love. We spent a lot of weekends taking in Toronto’s club and music scene. The most memorable moments though were our vacations visiting family in the Caribbean. Mine in Jamaica and Janice’s in Grenada. About three months into our relationship, Janice bought a home downtown, and I was living in an apartment at Yonge and Eglinton. She stayed with me while her house was being renovated. We both moved into her home after it was finished, and we have lived together ever since.

We were married at Sandals in my hometown, Montego Bay in Jamaica. We tried to elope, but some family attended. We wanted to get married on the beach but had to move the ceremony to a quaint chapel because of the weather.

We have two daughters: Kayla Catherine and Jolie Kara. It looks like they both got their mother’s height and will be taller than their dad.

I currently host CBC News Toronto and volunteer coach my daughters’ house league basketball teams with the North Toronto Huskies. Janice still models and teaches young models how to walk on the runway.

We make sure to get away for some sun and sand at least once a year. We usually go skiing Family Day weekend. We do a lot together as a family.

We are still best friends who enjoy spending time together. Our backgrounds and lives growing up in Toronto were so similar, and we shared the same goals and values. We also complement each other and play to each other’s strengths.