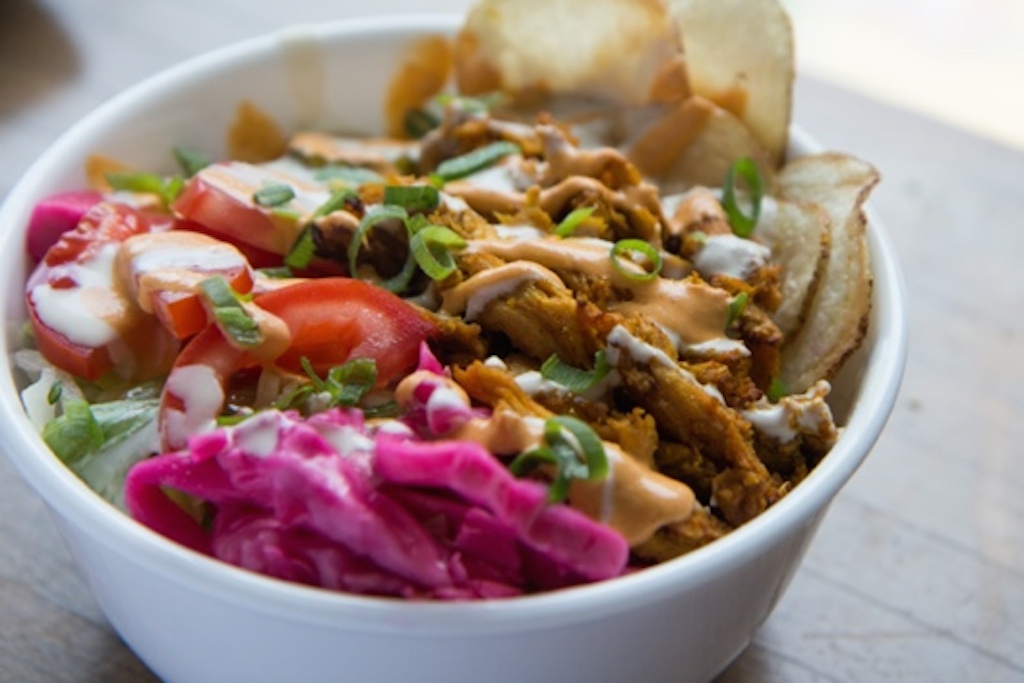 A former nutritionist influenced by an Alexandrian heritage, Ali pays homage to her mother’s family recipes by creating versions of traditional street foods that are at once recognizable and experimental. Whether it’s stuffing a vegan Halloumi-style “cheese” into fava bean falafel or serving beef-style shawarma made from mushrooms and seitan, the flavours are unique yet comforting.

Mains, available in mild or harissa-spiked, are served in a pita, on top of hand-cut fries, or in a bowl along with mujaddara, a savoury mix of lentils, rice and caramelized onions.

“We’re neither completely raw vegan, nor ‘junk food’ vegan,” says Ali. What Eat Nabati (Arabic for ‘plant-based’) offers is something in the middle — modern and healthy quick bites that will still deliver the endorphin-high only street food can provide. Drinks include mint lemonade and iced hibiscus tea.

Takeout is always an option at Eat Nabati’s kitschy, colourful Baldwin Street location, and there is also a tiny patio and indoor seating (with restrictions) for those who wish to dine in.

Can’t make it to Kensington but the idea of vegan Egyptian street food has piqued your interest? Ali’s frozen ready-to-cook “chicken and beef-style” shawarma and kofta packages are available at Apiecalypse Now in Toronto, as well as Coven Market and Sweet Beets in Hamilton.