Eat this Minute: The Annabelle of the ball | TRNTO.com
Skip to content 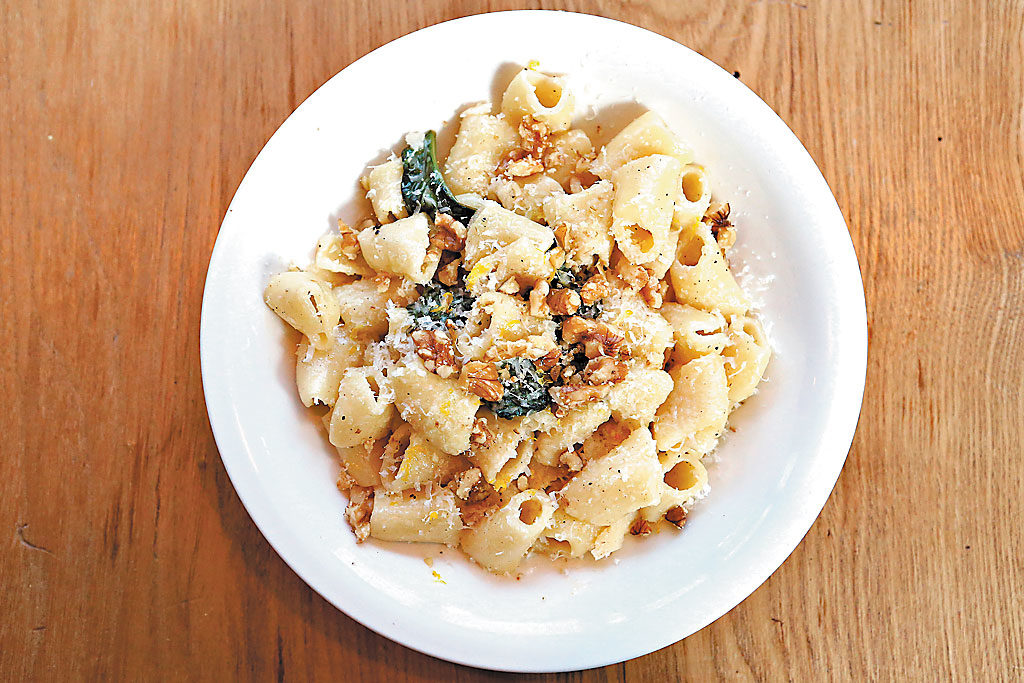 A trio of pastas made fresh daily is the name of the game at this Davenport newbie.

Tired and true
If there’s one truth about consistency it’s that, after a while, it gets a tad dull. So every season at Lil’ Baci, Leslieville’s noted Italian restaurant, co-owner Mark Bacci and executive chef Brandyn Koester were eager to switch things up, menu-wise.

But what would begin as a complete do over would only result in some minor tweakage. After all, the spaghetti pomodoro with meatballs is a mainstay, the vegetarians love the pappardelle with mushrooms and the regulars come for the ricotta cavatelli.

Jewel in the
Located steps from Hillcrest Park at Davenport and Christie, Annabelle is a welcome addition to an area that is pretty lacking when it comes to eateries.

“We fell in love with the building first,” says Bacci of the corner space next door to Annabelle, which houses their sister spot, BOB Coffee Bar. After realizing that the nabe was reminiscent of a 2004 Leslieville, Bacci, along with co-owners Suresh Singh and Riyaz Somani, decided to take a shot on the ’hood. When the property next door became available, they snapped it up too.

Now, Annabelle spans over two storeys, with most of the dining room tucked up on the second floor. (In its past life the second floor was none other than a karaoke practice space.) Seating 45 patrons, the cosy environs are the perfect backdrop to a rotating roster of Italian carbs.

Italian love affair
“There’s nothing better than fresh pasta!” says Bacci. After dining at a joint in Seattle that turned out a trio of daily pastas for $9, Bacci got to thinking.

“Italian food is in the DNA of Toronto,” he says. While T.O.’s Italian food scene seemed to be veering in a pricier direction, Bacci and Koester went the opposite way, doing three fresh pastas every day at $10 a pop.

“We make great pasta,” says Bacci, “and we have so many that doing three fresh daily gave us the opportunity to explore all regions of Italy and all kinds of product.”

Despite there being endless varieties of pasta at their beck and call, coming up with three offerings a day is no small feat for Koester. “I also do the specials for Lil’ Baci, so I’m making 50 to 60 dishes a week,” Koester says, without airs. “It’s fun!”

Pasta specials might be anything from orecchiette with ‘nduja and baby octopus to cacciatore pappardelle. A dish might be based around fresh rigatoni. One versions sees the al dente tubes tossed in lemon and butter, with basil and a smattering of walnuts for crunch. The dish is simple and bright, with some earthiness from the nuts.

What’s not to love about pasta? Bacci praises the beloved carb: “It’s comforting, tasty, oddly healthy, if you think about it, and makes you feel happy!”

If pasta’s the ticket to mid-winter happiness, we’re all about it.