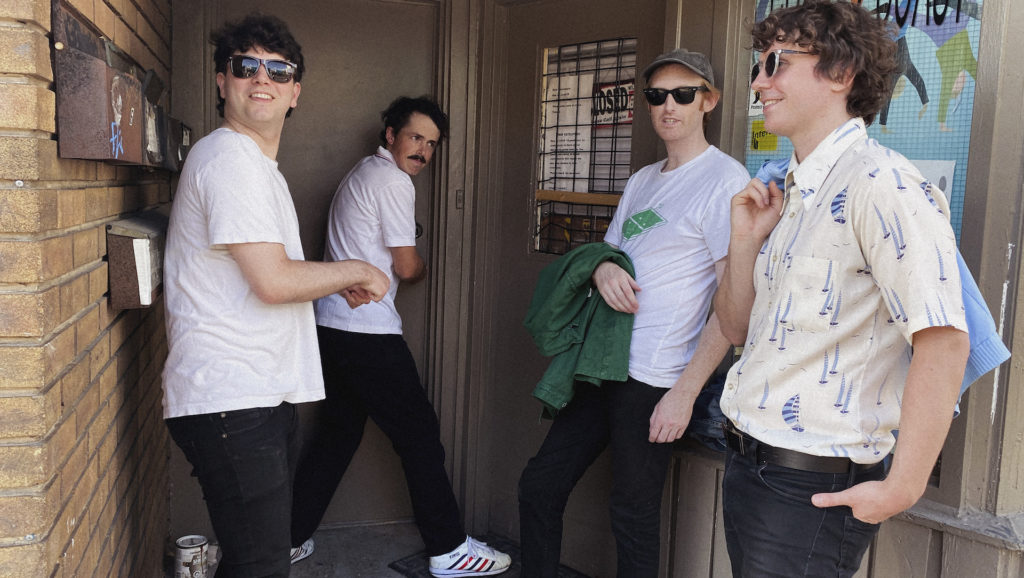 Toronto’s Kiwi Jr. released their latest album Cooler Returns, the follow up to their debut Football Money, on Jan. 22 worldwide through Sub Pop, with the exception of Canada where it was released through the band’s own Kiwi Club imprint.

For this column we asked band member Brian Murphy to tell us the types of things he is consuming while at his Toronto home during the pandemic.

EATING: Our friend Russ has owned and operated Aunties & Uncles for 22 years. It’s been a mainstay for artists, bands on tour, hungover bartenders and more. I’ve met people all over the country who still think of the famous breakfast pocket, the homemade blueberry pancakes with real maple syrup, and the iconic German-style potato salad. Since the pandemic, he’s been doing takeout by phone only, and his prices are too low to keep up with the delivery app’s price gouging. Another place we love for a dinner option is La Bella Managua, home-cooked Nicaraguan food run by the nicest family you’ll ever meet.

DRINKING: Before the pandemic, Kiwi used to rehearse in a small shed around the corner from Black Dice, a really cool Japanese rockabilly bar. After practice, we’d sometimes go there and we became friends with the owner, Hidecki. Eventually, we even started sharing bills with his rockabilly band Ichi-Bons. Since the pandemic, he started a take away bottle shop in the entrance of Black Dice that sells all kinds of cool Japanese sake and beers, as well as cool snacks.

STREAMING: I believe during the first wave (or was it the second?) we were all watching The Americans, an incredible show about Soviet KGB spies living in Washington D.C. during the height of the Cold War. Incredible acting with that perfect blend of action/thriller and at-home family drama. Like The Sopranos, it spent a ton of its budget on an incredible soundtrack, tons of ’80s jams. I get choked up now when “With Or Without You” by U2 comes on in the grocery store, looking at apples, wondering about the Jennings family…