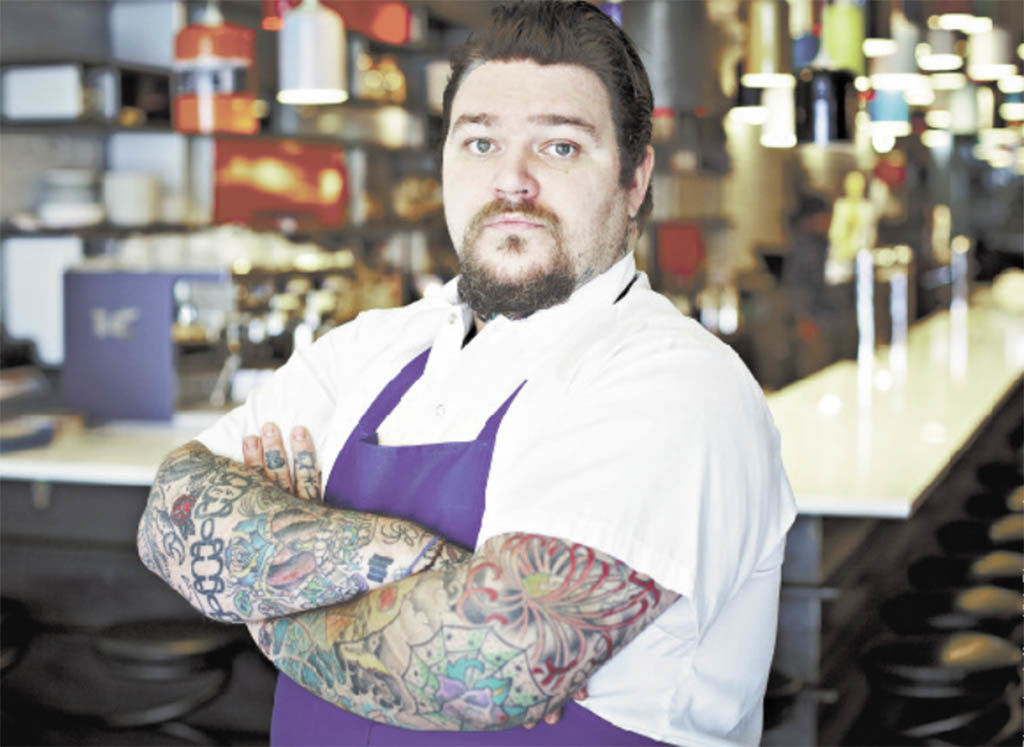 It’s a bit of an understatement to call Matty Matheson a Canadian chef. “I have the most Canadian family ever,” says Matheson, executive chef of Parkdale’s Parts & Labour and loud-mouthed TV personality.

His family roots run deep in the Maritimes and the Yukon, so it only makes sense that his latest show would see him traverse his home and native land.

In Dead Set on Life, which will debut on the brand new VicelandTV channel come 2016, Matheson tours the country, meeting and cooking with eclectic personalities from the food world.The chef has high hopes for his “third try” onscreen, which he calls a “real show.”

You’ll see him go duck hunting in Saskatoon, trapping lobster off Cape Breton and hang out on a reservation. “It’s different every episode,”says Matheson.“If I’ve got a cult following from whatI’ve done so far,I can only imagine for this one.”

“We live in a very serious world,” Matheson says.“There’s lots of crazy stuff happening, and there should be some laughter in our lives. I’m not trying to change the world:I want to make funny, cool TV that shines a light on interesting people in the food world.”

But prior to becoming a big shot Toronto chef, Matheson got an early start at his grandfather’s restaurant in Prince Edward Island.

“My grandfather was the biggest inspiration,”says Matheson.“He was a retired RCMP officer and owned a restaurant called the Blue Goose. That’s when I got into really good food.”

Born in St. John, N.B., and raised in Nova Scotia for a stint, Matheson acquired a thorough taste of the east coast, gaining exposure to incredible seafood and the restaurant industry at a young age.

“My grandfather lived in a room behind the restaurant, so we would literally sleep inside it,” says Matheson.“I’d hide behind the door of his apartment and look into the busy kitchen; it was an amazing thing.”

Matheson’s family relocated to Ontario, where he eventually studied culinary management at Humber College and dabbled as a roadie for punk and metal bands. But it wasn’t until Matheson came to a rigid fork in the road that he made cookery his chosen profession.

“There was this amazing tour with three of my favourite bands — like my best friends — going across Canada together,” he says. But the tour coincided with the opening of OddFellows, a downtown resto that has since shuttered, and Matheson was given an ultimatum. “[They said,] ‘Dude, we’re opening this restaurant with or without you. Are you a chef or roadie?’ ” he says.

Turns out, it was the right choice. The chef has since rapidly developed a following inside and outside the kitchen,with his whole-body tattoos, wild-man attitude, inquisitive nature and love of food perfectly matching Vice programming.