Toronto residents' non-profit is educating for change in the Democratic Republic of the Congo | TRNTO.com
Skip to content 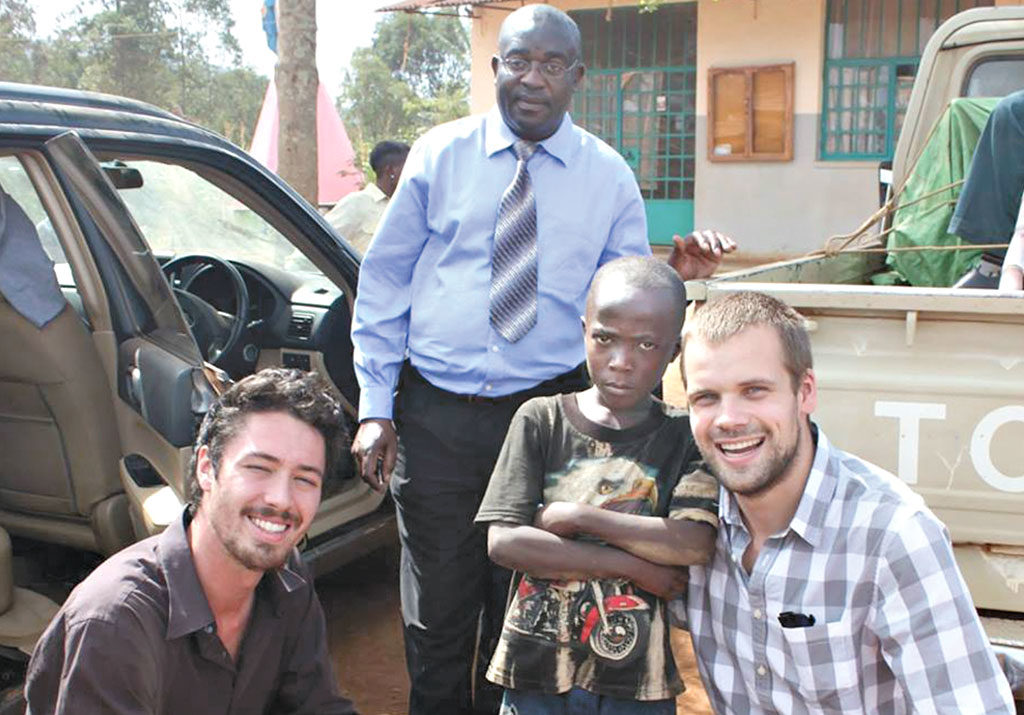 In 2010, Spencer Goodwin and Jon Skarsten considered themselves extremely fortunate. They were attending Queen’s University — Goodwin for international development and Skarsten in commerce — they had everything at their fingertips, yet still, something was missing.

“[We were] partying and studying and not much else,” said Goodwin. But the two wanted to do something  more meaningful with their time outside of school.

Then, Skarsten met Aristide Burume, a Congolese refugee, at a church in Kingston. The father of six was sending any disposable income he received from driving cabs and waiting on tables to Nyantende, his village back home in the Democratic Republic of the Congo.

Goodwin and Skarsten quickly became inspired to help, and the three of them formed the Nyantende Foundation, a registered non-profit corporation that helps send street kids in the Democratic Republic of the Congo go to school.

“Education was the best idea; get the kids who can’t afford to go, take them off the streets and put them in the classrooms,” said Goodwin.

With plans to check up on their operation over in Nyantende for a three-week trip on Feb. 25, Goodwin could hardly contain his excitement. He will scope out the schools and check up on their students — many of which he hasn’t seen since his visit in 2013.

Since its inception in 2010, the budding organization has raised over $50,000 for their cause. Currently, the Nyantende Foundation is providing 236 youth with school supplies and tuition — 114 elementary school students, 119 high school students and three in university.

But according to Goodwin, more can be done.

“All of the schools [in Nyantende] are in deplorable condition,” said Goodwin. “It really is unfathomable based on the standards we have here.”

The foundation’s latest goal is to set up a sponsorship program with other schools and churches to help pay for the students’ education, and help fund renovations for some of the dilapidated schools.