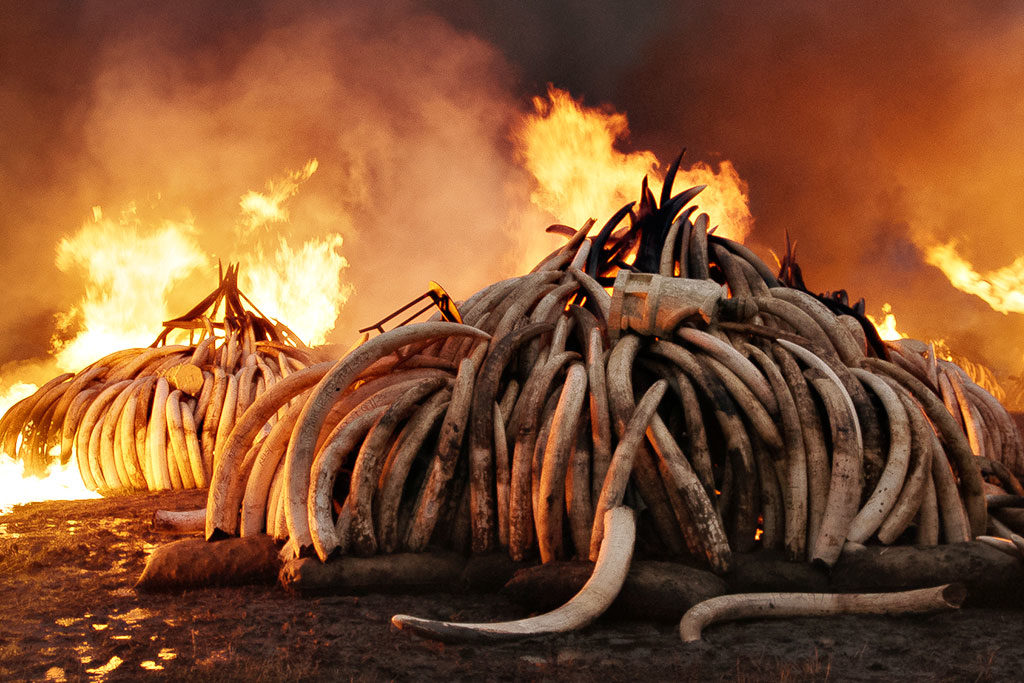 The renowned Toronto-based photographer Edward Burtynsky’s career has traced the movement of humans on this earth through the industrial footprint we’ve left on it. Now, his career culminates in his latest work, Anthropocene.

The new multi-disciplinary art, publishing and film project, in collaboration with director Jennifer Baichwal and cinematographer Nicholas de Pencier, encompasses a feature documentary premiering this year at TIFF, exhibitions at the AGO and the National Gallery in Ottawa and a new book.

Burtynsky has had a long and illustrious career tracking the visible ways that industrialization has impacted natural landscapes. He is known for his sweeping aerial shots of mines, quarries, railroads, and other markers of the industrial era. His last documentary, 2013’s Watermark, was made in collaboration with Baichwal and  de Pencier, and focused primarily on the changing relationship between humans and the water that runs around us. Like most of Burtynsky’s work, it was mesmerizing in its imagery, with surreal shots taken high above Texas plains, at such an altitude as to render water table aquifers into abstract objects resembling cross sections of logs. Through his camera lens, river deltas stretch outwards like barren tree branches, and ponds of phosphor tailings ponds become sample cells on a microscope slide.

“Now we’re growing evidence that we’re totally reshaping the climate and we have the potential of tipping it into a state that will be very inhospitable for life.”

“In the past, I wanted my work, through stills, to make us connect and to understand that we’re creating wastelands, and that the scale at which we’re taking these things that we need is mind-boggling,” says Burtynsky, over the phone from South Africa where he’s finishing up a shoot. “Now we’re growing evidence that we’re totally reshaping the climate and we have the potential of tipping it into a state that will be very inhospitable for life.”

The term “Anthropocene” refers to our current geological age, an era in which humans are, for the first time, the dominant force shaping the climate and environment. 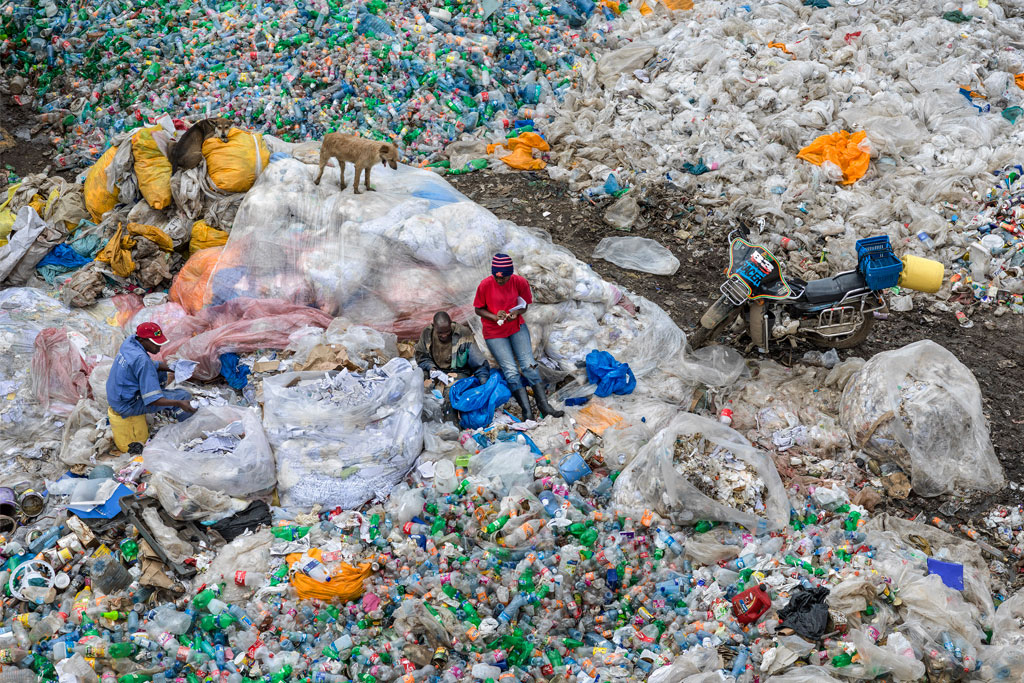 Plastic in Nairobi from Anthropocene

“To me, [Anthropocene] is kind of a survey of all the things that I’ve done, from mining to deforestation to agriculture, to how we manage and control water. All of those things are markings of the anthropocene,” he says. “That, in itself, has come together in this project in a way. It makes me nervous what I’m going to do next.”

The journey of Anthropocene has taken his team across the globe, exploring underground mines in Russia, and the Gotthard Tunnel in Switzerland, the longest tunnel ever made for train passage.They flew to Kenya, where they photographed Sudan, the last Northern White Rhino, which actually died six months later, and Nairobi, where they documented the burning of over 16,000 tusks as a response to poachers involved in the illegal ivory trade.

“It sums up that we as humans are now a force that is greater than all the natural forces on the planet right now,” he says. “There’s a lot of things that we can do as a result of being a dominant force, which is, change the temperature of the ocean, or change the composition of the atmosphere. These are all things that we are doing, not that people were doing it, but we are doing. We have done them.”

However, a thirty-plus year examining the bombed out landscapes of our natural world via helicopter, drone and crane, doesn’t foster much hope.

“Fifteen, 20 years ago, I was in my grief stage,” he says earnestly. “Now I’ve just kind of accepted that there’s a big problem…. I feel like I got the best part: no war, mostly growth, and the excitement of technology, and watching it change the world in a dramatic way. I’ve experienced all of those things and now I’m sitting back and looking at it, and it’s painful.”

Getting people to understand Anthropocene was his team’s goal. Less theory and more geological epoch unfolding in real-time around us, Anthropocene places both the fault right into humanity’s hands and the ability to avoid the worst of what’s to come.

Anthropocene premieres at TIFF on Sept. 6 and for official release on Sept. 28. The exhibition opens at the AGO on Sept. 28.