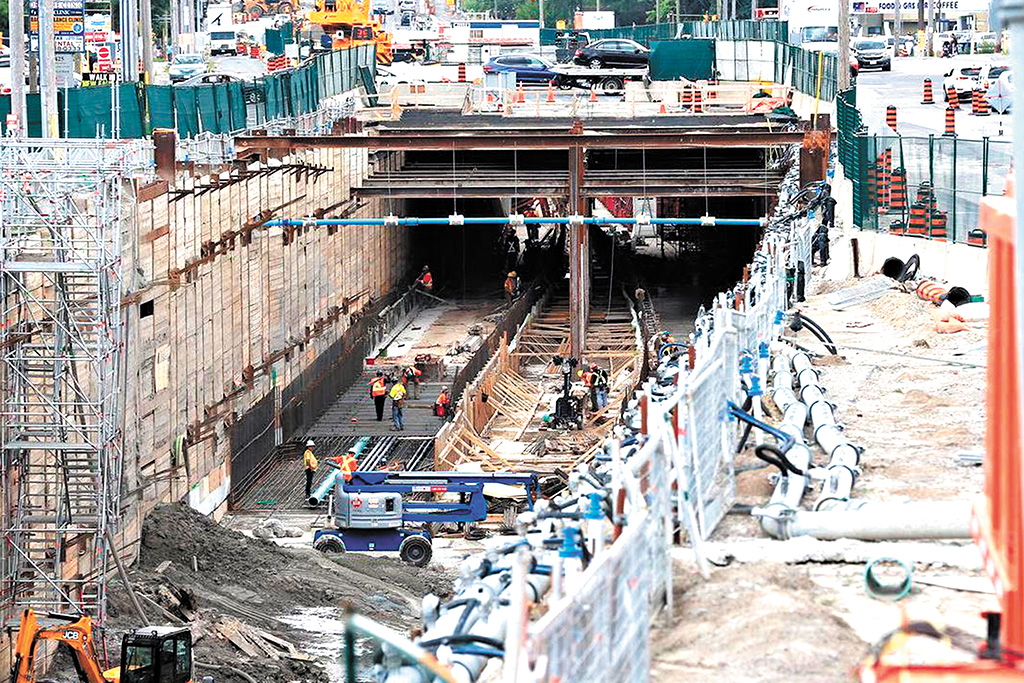 The announcement that the opening of the Eglinton Crosstown LRT will again be delayed has local councillors requesting that the province compensate business owners, clean up construction sites along the route and study the feasibility of opening the line in stages.

The 19-kilometre line, which will stretch from Mount Dennis station in the west to Kennedy station in the east, was initially scheduled to open in 2020. Construction started nine months later than planned, pushing the planned completion date to September of 2021.

In a statement released Feb. 18, Metrolinx president and CEO Phil Verster announced that the opening of the line has been delayed yet again and is not expected until sometime in 2022.

Verster said the delay is the result of defective concrete at Eglinton station.

On Feb. 18, councillors Josh Matlow and Mike Colle, who represent different sides of Eglinton Avenue, held a press conference at the corner of Yonge  Street and Eglinton Avenue, where they outlined the struggles of local businesses who have already endured years of construction.

“Businesses and residents along Eglinton have been treated like collateral damage by the government of Ontario and Metrolinx for far too long,” he added. 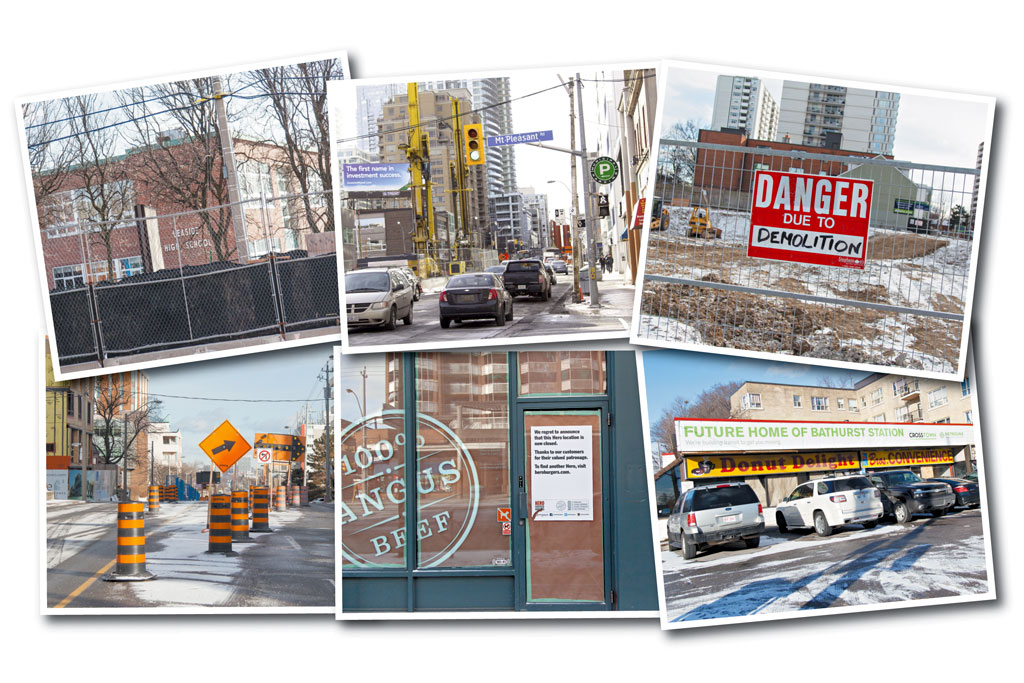 Colle called the announcement the straw that broke the camel’s back, saying people have been hanging on by their fingernails for nine years and that hundreds of small businesses have already closed.

“We need the province, building this with Metrolinx, to come to save these businesses … so they can last for another two years,” said Colle. “Without this help from the province, another hundred businesses will close.”

On Feb. 21, one local business association, the Upper Village Business Improvement Area (BIA), passed an internal motion to “pursue a class action suit against Metrolinx and the City of Toronto for irreparable damages to our businesses and livelihoods due to construction.”

In another statement, the York-Eglinton BIA called on the Province of Ontario and Metrolinx to provide a financial assistance program to small businesses affected by the delay, as well as provide ongoing mental health support for affected business owners and their families.

“Supporting small businesses must be priority, as we want to ensure that businesses that have experienced disruption get to experience the benefits once light rail services start,” said Nick Alampi, chair of the York-Eglinton BIA. “That’s why we are demanding action and compensation.”

Colle and Matlow also called for the immediate cleanup of all construction sites on the sidewalks along Eglinton.

“Metrolinx has been treating Eglinton like its construction staging area rather than a place for people to move,” said Matlow, who acknowledged that construction is necessary at some sites. “They haven’t done a good enough job to keep it open and clean.”

Matlow and Colle also called on the province to look into the feasibility of a phase-in plan where some sections of the Eglinton Crosstown LRT would be put into operation as soon as possible, allowing residents to ride a portion of the line without having to wait another two years. Colle floated the possibility of opening the line from Cedarvale station (currently Eglinton West) to Mount Dennis before the line’s full completion.