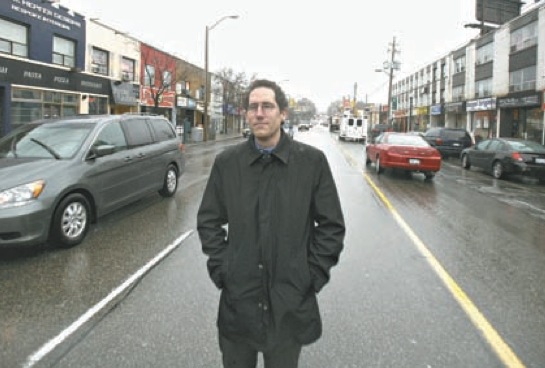 WITH A BOOST from the provincial government, the Eglinton Crosstown Light Rail Transit line took the next step forward last month. Premier Dalton McGuinty pledged the $4.6 billion needed for the new route, which will link the city’s east end to Pearson International Airport, with stops along Eglinton Avenue.

“We need to move quickly to build a better transit system for commuters,” McGuinty said in his April 1 announcement. “Our investments in transit will create jobs, help stimulate the economy and improve the air we breathe.”

But local politicians and community members remain divided on the issue, with some saying the city should have held out for a subway system.

“It’s a second-rate solution, and it’s the one that doesn’t accommodate the growth that we expect on these lines over the next decades,” said Coun. Michael Walker. “I think it should be a subway.”

The projected ridership of the 31-kilometre line is about 5,000 to 5,400 riders an hour along the route by 2031. A bus system would not be able to accommodate that level of ridership, but an LRT system could accommodate those numbers, according to the city’s preliminary planning report.

Bus stops are approximately 240 metres apart along Eglinton Avenue, but with LRT stops located 900 metres apart in the new system, Walker worried that the elderly and disabled will not be able to use public transit easily.

But bus service could be eliminated completely on Eglinton Avenue, and with 10 kilometres of the 31-kilometre line running underground between Leslie Street and Keele Street, local store owners are concerned business will suffer.

“There will be less foot traffic in the area during construction and then even less after completion,” said Steven Petroff, president of the Upper Village Business Improvement Area. “I am not optimistic that this will bring people to our area to shop. That’s one of our biggest concerns. But it’s something that we are just going to have to grin and bear it.”

Petroff said some business owners in the area are reconsidering signing leases for another year and are looking to relocate to a spot that will have more foot traffic in the future.

But Coun. Joe Mihevc, also the vice-chair of the TTC, said the new transit line will actually link communities and create a stronger city.

“ I am not optimistic that this will bring people to our area to shop. That’s one of our biggest concerns.”

“The Eglinton LRT spans the entire city, and it actually connects all six former municipalities as well. It has real potential to be a real community builder,” he said.

Ben Daube, of the Sherwood Ratepayers’ Association, said that a stronger transit system is needed with the growth expected at Yonge Street and Eglinton Avenue.

“In the long term, Yonge and Eglinton is going to be even more important an intersection than it already is. People are saying it’s going to be the next Yonge and Bloor.”

Mihevc said that the city is completing the final environmental assessments, and, subject to approval, construction on the project could begin as early as 2010, with service beginning in 2016.