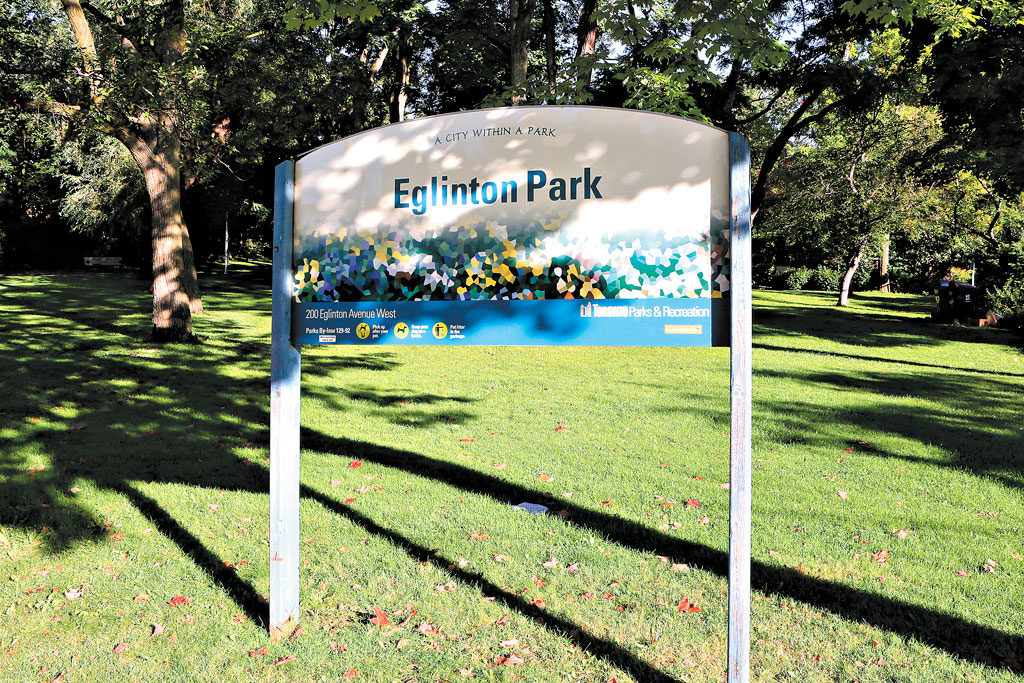 Generally speaking, scarcity creates conflict, and this is particularly true when it comes to parkland. It is a long-established fact that midtown has a shortage of park and green space, and this deficiency is only getting worse as each new condo breaks ground.

The latest conflict swirling is around Eglinton Park.

The park is always busy during the day and even into the night because it serves so many residents. Dog walkers convene in the morning and the evening; children are in the playground and wading pool; and the soccer and baseball clubs dominate the park during the spring and summer months. Tensions occasionally flare between user groups and those who live near and around the park.

The most common tension is between the dog owners and non–dog owners. Eglinton Park is officially an on-leash park, but many dog owners let their dogs run off leash. At 6:30 in the morning in the dead of winter it is not usually a problem, but it does become a problem when families are also trying to enjoy the park at 4 p.m. on a Saturday.

A few years ago, dog-owners tried to remedy this conflict by proposing an off-leash dog area in the park.

Every city councillor avoids having meetings about off-leash parks because there is never an answer that will satisfy the community. The way out of these meetings is bury the issue in a planning process that never concludes and pray that the tension subsides.

The city took the planning process for an Eglinton Park makeover very seriously. After several years and many meetings, the proposed plan featured significant changes to the existing green space, including a new off-leash dog area, a new baseball diamond, a reduction in the number of soccer fields and many other amenities.

Instead of resolving the tension, the plan has pitted park users against one another and created an entirely new level of conflict.

The dog owners have joined forces with the baseball league because the proposed off-leash area will use one existing diamond, with the trade-off being a new and improved diamond.

Unfortunately, the new and improved diamond will take space from the soccer league, so the soccer club is firmly against the plan and refuses to participate in any meetings on the matter.

Generally speaking, the neighbours are equally annoyed at the inconsiderate parking by the soccer parents and the inconsiderate dog owners who let their dogs run off leash, but have reluctantly decided to support the off-leash dog area if it means the dogs won’t run free in the park.

Councillor Mike Colle held a meeting to delay the master plan while he conducts his own consultations through a survey on his website.

The interesting part about this strategy is that the survey is now closed, and there is nothing about next steps for the plan. My guess is that the plan has gone away; however, tensions in the park remain because too many users are trying to use too little space.

One simple solution would be to implement off-leash times for dog walkers, a strategy that exists in cities such as Ottawa and New York. Dog owners are permitted to walk their dogs off-leash before 7:30 in the morning and after a set time in the evening.

Another solution is simply more consideration on the part of all users, and recognition that the park serves many constituencies.

In the meantime, the park will continue to be used the way that it has always been used.