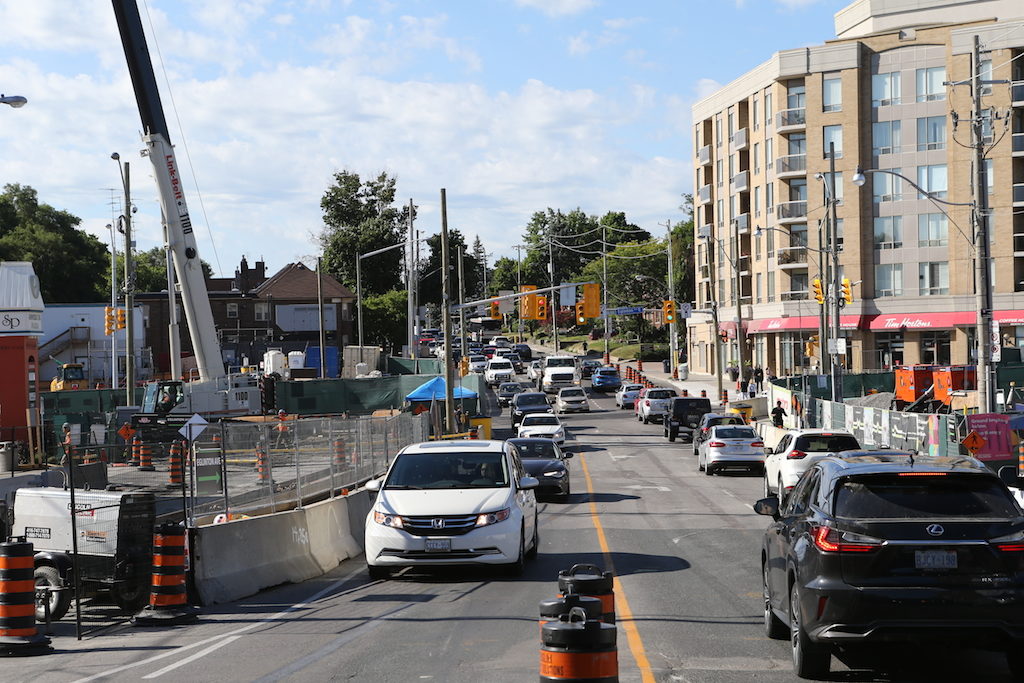 After years of Eglinton Crosstown–related construction disrupting the neighbourhood and impacting local businesses, the Eglinton Way BIA has produced a document in hopes that others can learn from what they experienced.

The BIA Construction Tool Kit: Lessons Learned from the Eglinton Crosstown was funded with a BIA innovation grant, and was created so future planners, government agencies, BIAs and local business owners can be better prepared to avoid some of the negative impacts associated with the long-term construction of major infrastructure projects.

“There were a lot of notices about where the construction was starting and where the stations were going to be,” said Sheliza Esmail, of the Eglinton Way Business Improvement Area (BIA), about the early phases of the Crosstown construction. “But there was a gap in when information came to businesses and the neighbourhood and when it had been set by planners.”

The report cautions local BIAs and businesses to get involved early and request the opportunity to have input into a development’s staging plans early on in the project planning process. These staging plans involve rules that must be followed during construction and can include things like ensuring pedestrian walkways have proper lighting or that sidewalks are pressure washed regularly during the construction process.

The report also recommends businesses, residents and BIAs having a say in developing traffic management and parking plans and notes that, in the case of the Crosstown LRT, a parking management plan was not in place until after construction had begun.

Councillor Mike Colle said people don’t understand how detrimental transit construction on such a scale is to businesses.

“The owners of the buildings do all right. Their property values go up, but the retailers, they suffer,” said Colle.

“Metrolinx understands that the construction has an impact on people travelling along Eglinton, adjacent residential neighbourhoods and on the businesses, most especially the small local shops who may have already been living through difficult times,” Metrolinx, the Crown company managing the construction, said in a written statement.

Esmail said the BIA consulted with Metrolinx while making the report and that concerns of both Metrolinx and the BIA often came up but it was too late to hold contractors accountable.

“I hope that construction planners, especially engineers, become more aware of what business needs are, and small little things like garbage collection, snow clearing in the wintertime and making sure visibility and parking is really taken into consideration,” said Esmail. “Those things really came up too late in a lot of instances to be fully addressed.”