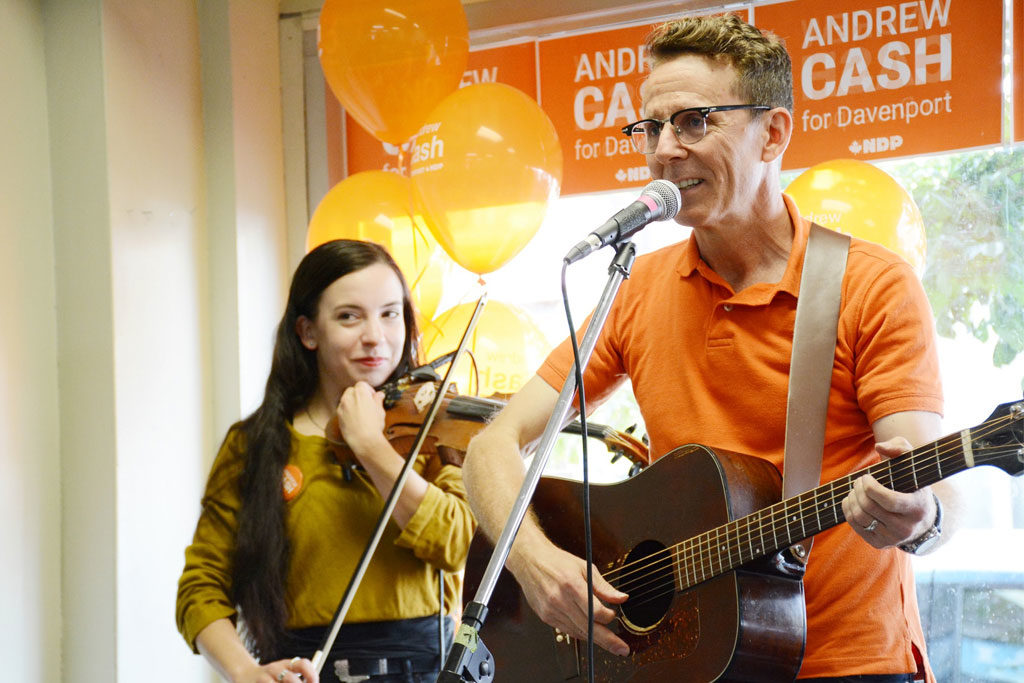 In 2015, the Liberal Party of Canada took on the incumbent Conservative Party of Canada and opened up a can of electoral whoop-ass, especially in the Greater Toronto Area where Trudeau and company dominated the election. The Liberals won all 25 seats in Toronto, in addition to all 13 in Mississauga, Brampton and Oakville.

It is unlikely that it will be as easy this time around, especially in the more suburban ridings that largely favoured the Conservatives during the recent provincial election.

But the most likely Toronto ridings to flip are working-class neighbourhoods in the urban core that have some history with the New Democratic Party and traditionally vote further left than the Liberals.

Here are a few races we will be watching closely come Oct.  21:

The midtown riding of Davenport has a high percentage of European immigrants and a strong working-class history.

It will be a close race again for the election 2019, just like it was back in 2015. The same two candidates are leading the way, with incumbent Liberal Julie Dzerowicz being challenged by former Davenport member of Parliament Andrew Cash, who represented the NDP in this riding from 2011 to 2015.

Expect to see Prime Minister Trudeau visiting the riding likely more than once in addition to some serious resources invested to keep it Liberal. Cash has great appeal for voters with his working-class values honed from a career in music, but Dzerowicz also has much to offer voters.

Cash, for one, has been campaigning behind the NDP’s dental care plan that would provide dental services to low-income families and seniors without insurance.

“Too often in Toronto, people without workplace benefits put off routine visits to the dentist because they can’t afford the cost,” said Cash. “As more and more people are working on contract, freelance, solo self-employed, this problem is only going to get worse. We need to build a health-care system that looks after the entire body.”

For years, this federal riding flip-flopped between the Liberals and the Conservatives, with both parties having extended runs. Currently the riding, which includes many of the wealthiest neighbourhoods in the city, sits with Liberal member of Parliament Rob Oliphant, who won Don Valley West in the last election by more than 8,000 votes.

Though the demographics of the area are changing, it is hard to determine if that will be enough to make an impact.

If she spends enough time and resources pounding the pavement, we could see a close race in this riding.

This midtown riding has been owned by the Liberal party’s Carolyn Bennet since 1997, more than two decades. She is a cabinet minister in charge of an important portfolio, a physician, and she has deep community roots.

In 2019, she might be facing her toughest challenge with good candidates on both sides of the political spectrum.

Conservative Jae Truesdell was senior policy advisor to Steve Clark, Ontario’s Municipal Affairs and Housing Minister, in addition to having a conservation background. The NDP candidate is Alok Mukherjee, a human rights advocate, visiting professor at Ryerson and former chair of the Toronto Police Services board.

The Greens’ candidate is Sarah Climenhaga, who was a mayoral candidate in the last municipal election

The best of the rest

Other areas to keep an eye on include Humber River–Black Creek, where former city councillor Maria Augimeri is challenging longtime incumbent Judy Sgro. And in Parkdale–High Park, the NDP has put forward Paul Taylor to challenge member of Parliament Arif Virani. Taylor is a longtime community activist and executive director of Food Share, Canada’s largest food security organization. In Richmond Hill, Conservative Costas Menegakis is back to challenge member of Parliament Majid Jowhari after losing by less than 2,000 votes in 2015.