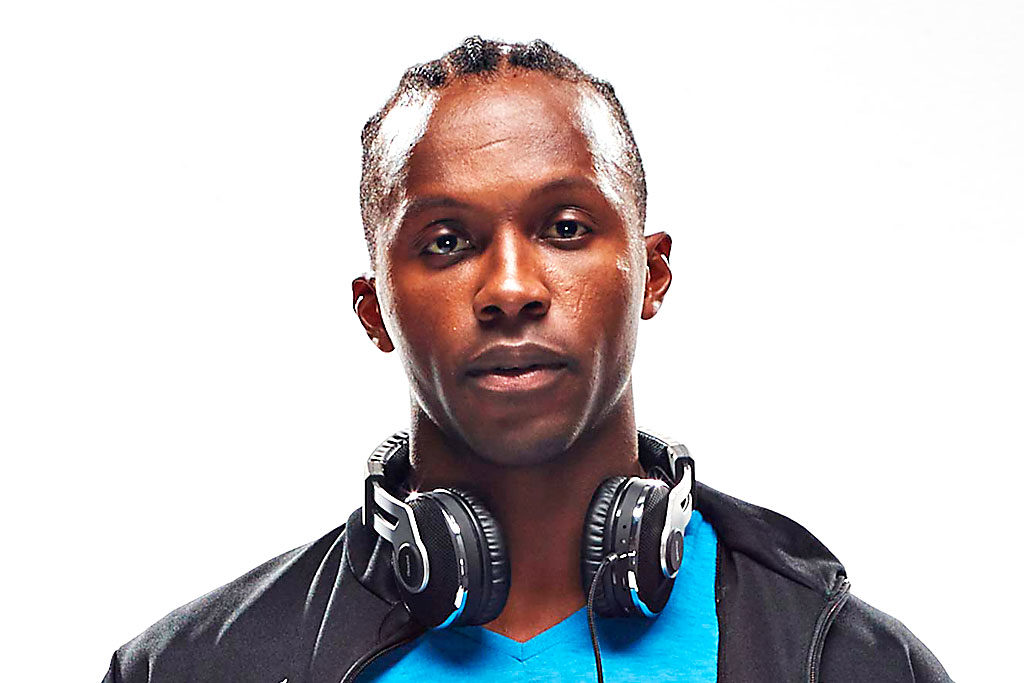 Before landing his role as Junior Lolo on 21 Thunder, Emmanuel Kabongo had attended 357 auditions. The rising star knew that getting his name out there would be tough, but now that his hard work is paying off, he’s taking the time to savour his success.

“At the moment, I’m trying to enjoy the ride because it doesn’t always come along. There have been days where I’m, like, ‘Is this ever going to work out? When am I going to break?’ I had rejection after rejection after rejection,” he says. “It was after my 357th audition that I finally landed 21 Thunder. I’m in love with acting right now, it’s what I’m good at.”

Originally from the Democratic Republic of Congo, Kabongo moved to Toronto from South Africa when he was 11. Before he discovered his passion for film and television, his first love was sports: basketball and soccer in particular.

He attended George Brown College to play on the school’s basketball team and enrolled in a one-year theatre program to keep his spot. By the end of the year, Kabongo had acted in a student film, which solidified his decision to pursue acting as a career.

After turning down a basketball scholarship to the University of New Brunswick, he attended an acting workshop at EVN Studios with Earl Nanhu followed later by the Actors Conservatory program at the Canadian Film Centre, where he networked with producers and actors to get his foot in the door.

The other actors in his class motivated him to audition for one of his first roles on the hit TV show Flashpoint in 2010. Kabongo has been working hard to get his name out there ever since, landing roles on shows such as Hemlock Grove, Quantico and the movie Pompeii in 2014.

Some of his more notable roles include Animal Project, which premiered at the Toronto International Film Festival in 2013, and Teenagers — a web series that Kabongo helped to produce for the first two seasons. His work on Teenagers earned him a nomination for a Canadian Screen Award as well as millions of YouTube views.

“All of a sudden it just caught fire and we were like ‘oh cool!’ A year later we got invited to the LA Web Fest, and we won three awards down there, and last year I was nominated for a Canadian Screen Award for Best Performance in a Series Produced for Digital Media. That was pretty amazing,” he says.

Kabongo says that, although he’s frequently filming in L.A., he’ll likely always call Toronto home. Having lived in the Danforth area for most of his life, he has a great appreciation for the freedom and multiculturalism the city offers.

“I like working in Toronto because there’s so much opportunity in my industry. There are so many things filming here and around the GTA, and I think for actors or people who are aspiring to be actors, if a door doesn’t open they can always find a different door,” he says. “I got so many rejections but it never stopped me because I continued seeing my peers succeed, and in Toronto it feels like there are no ceilings.”

As a child growing up in South Africa, Kabongo’s first exposure to the world of acting was from photos his father would send from Toronto, where he was working as an extra on TV and film sets to earn extra cash to send to his family. Kabongo says he had no idea what a set even was, but he knew TV shows such as The Bold and the Beautiful and Days of Our Lives made his mom happy.

Later on, when he moved to Canada to join his father, he worked a few background gigs as a teenager before deciding to focus on sports.

“One of the last things I did was on the set of Mean Girls, and they were filming on Yonge Street, and a crowd was going into the Elgin Theatre, and every time I passed a camera, I would wave at it. They got super pissed off and sent me to the back of the line,” he says and laughs.

Kabongo has come a long way since his days as an extra. His upcoming role as Junior Lolo on 21 Thunder — a show about a team of under-21 pro soccer players — would be a dream gig for any athlete-turned-actor.

“Getting to be part of this show has allowed me to have a two for one because every year I’ve been playing in a men’s soccer summer league, so I enjoy the sport and that’s one of the reasons why I enjoyed doing this show,” he says.

“I think people will really relate to the show because it’s about family; it’s about being passionate about an international sport; and it also deals with certain issues like relationships.”

For now, Kabongo says he’s focusing on acting and enjoying summer in the city.

“I’m trying new things. I got into sushi. There’s this really nice place called 8 Sushi. It’s so good and it’s so cheap,” he says. “But the best spot on the Danforth is this homestyle Greek burger joint called Square Boy. This place has been there for so long that the son is now running the store. It’s always packed. I eat there all the time.”

The actor also counts cooking, gardening and juicing among his hobbies.